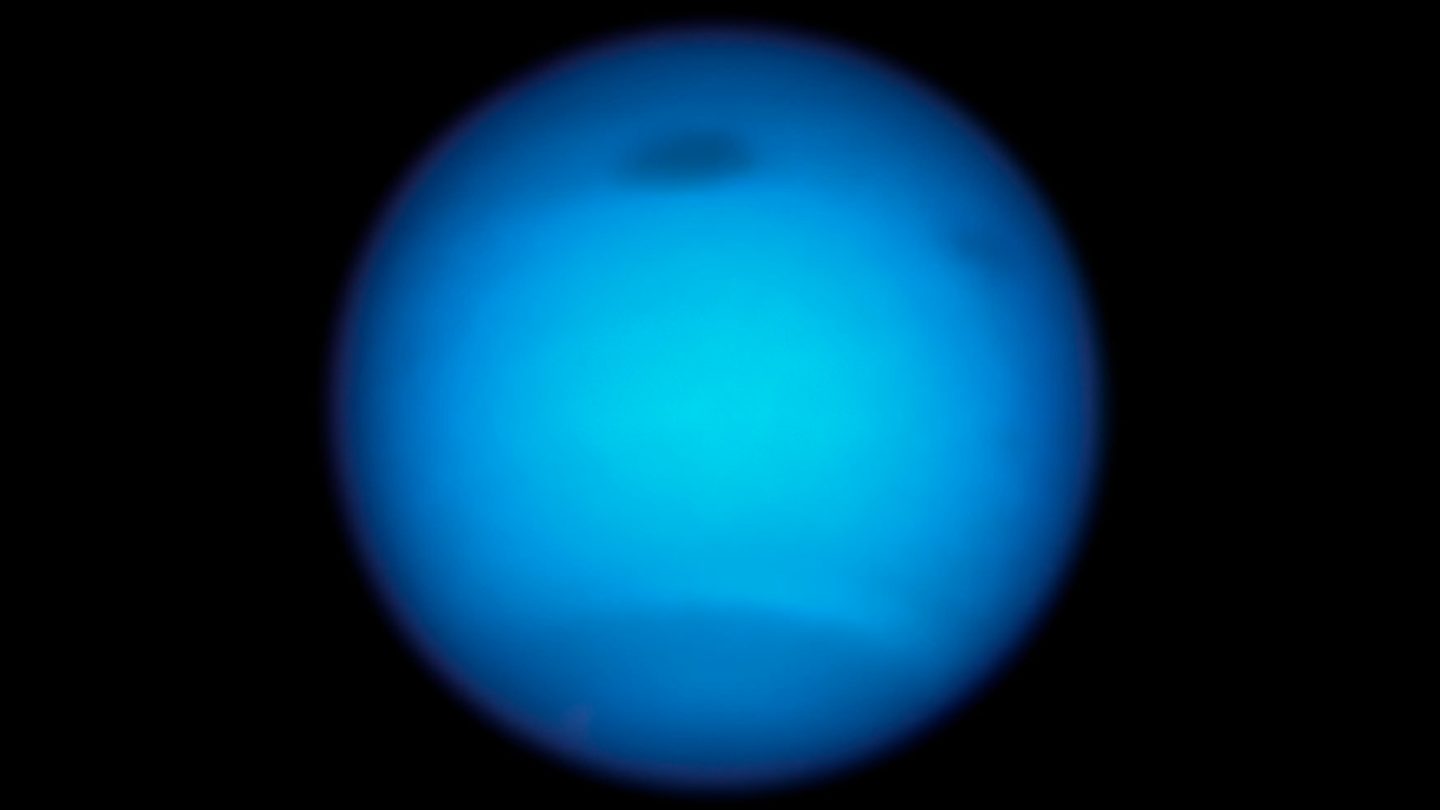 NASA’s Hubble Space Telescope has spent decades observing some of the most distant reaches of the cosmos, but its latest discovery occurred much closer to home. Scientists using Hubble to observe the frosty giant planet Neptune discovered that the large “dark spot” storm churning in its atmosphere has done something unexpected.

The storm, which appears as a blurry dark spot from here on Earth, was moving south across the planet when observed in 2019. Now, as NASA reveals in a new blog post, more recent images taken in 2020 suggest that the storm is reversing course, heading back north and moving away from the area of the planet where the storms disappear.

What’s perhaps even more exciting than the spontaneous direction shift of the large dark spot is the fact that it appears to have a friend. A much more faint, but still visible, dark spot appeared alongside the main storm, suggesting that it may have been created by the larger storm. Over time, the smaller storm gradually moved away from its larger peer and then disappeared from view.

“We are excited about these observations because this smaller dark fragment is potentially part of the dark spot’s disruption process,” Michael H. Wong of the University of California at Berkeley, a scientist studying the phenomena, said in a statement. “This is a process that’s never been observed. We have seen some other dark spots fading away, and they’re gone, but we’ve never seen anything disrupt, even though it’s predicted in computer simulations.”

If you’re wondering exactly how large these storms are, prepare to be amazed. While they might look like small blemishes on Neptune’s frosty face, these storms are actually huge. The larger of the two measures roughly 4,600 miles across, and the smaller one stretches 3,900 miles. The larger storm could completely engulf the entire Atlantic Ocean here on Earth. That’s some serious size.

One of the other mysteries surrounding the storm is that it seems to have lost the lightly-colored ring that it had when Hubble first spotted it back in 2018. There’s still so much that scientists don’t know about how storms on Neptune work that we have no way of knowing why or how the cloud ring died off, but it’s definitely not there anymore.

Future observations and perhaps even missions to visit the planets on the outer reaches of our system could help us better understand how they work. That could include a better grasp of weather patterns on these incredibly interesting worlds.