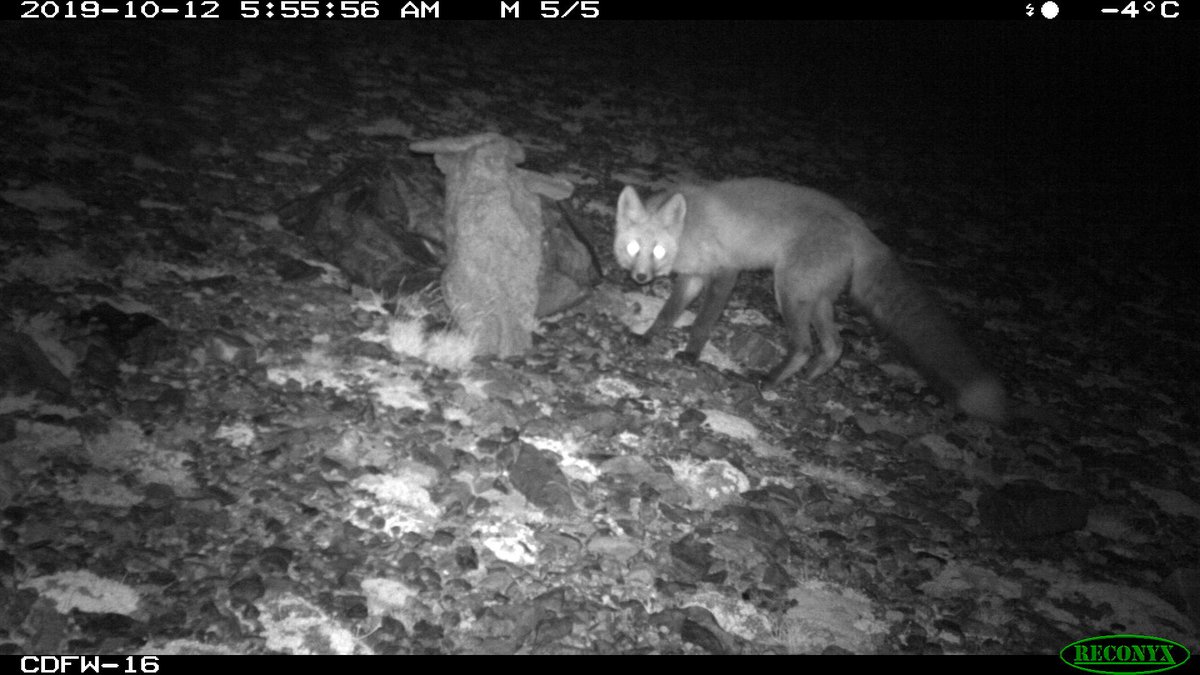 An incredibly rare species of fox was just spotted for the first time half a decade, giving conservationists hope that the species might somehow manage to claw its way back from the brink of extinction. The Sierra Nevada red fox was spotted via trail camera in an area of Yosemite National Park where the fox had not been seen since observations began in 2011.

When a species is so rare that it entirely disappears for years at a time, it can be difficult for wildlife experts and conservationists to even know if it still exists. As populations dwindle and total numbers dip below the triple digits, finding the surviving members is an incredible challenge.

In the case of the Sierra Nevada red fox, the challenge of finding them is compounded by the fact that they are nocturnal and travel solo. It is believed that there are just two populations of Sierra Nevada red fox that still exist today, and fewer than 100 adults. It’s even been suggested, based on the results of surveys to monitor the species, that there may be as few as ten adult foxes still around.

As for the fox spotted by the Yosemite trail camera, the news of its existence is a bit delayed. The camera actually captured the image of the fox way back in October of last year, but the backwoods camera that snapped the image was only just recently checked.

(1/3) This photo was captured last October and recently retrieved from a backcountry camera, as part of an effort supported by @YoseConservancy to study the rare Sierra Nevada red fox that lives in and around the park's highest mountains. pic.twitter.com/hSQbWSHbbU

“This is great news!” Yosemite Conservancy President Frank Dean said in a statement. “Amazing photos like this, combined with field surveys and genetic analysis, are helping researchers better understand these elusive mammals.”

Carrying out efforts to support a species whose numbers are so low is a massive challenge for conservationists. That’s especially true when researchers know so little about the lifestyle and habits of the creatures they’re trying to save. It’s thought that the destruction of their natural habitat and human activity (especially off-road vehicles) is responsible for the plight of the foxes.

The Sierra Nevada red fox is similar to other species of red fox, but the more they can learn about this specific species — and, even better, this population of the endangered foxes — the better equipped they’ll be to give the foxes a fighting chance. Gauging the success of conservation efforts will be easy in that if they start seeing more of them, they’ll know it’s working.