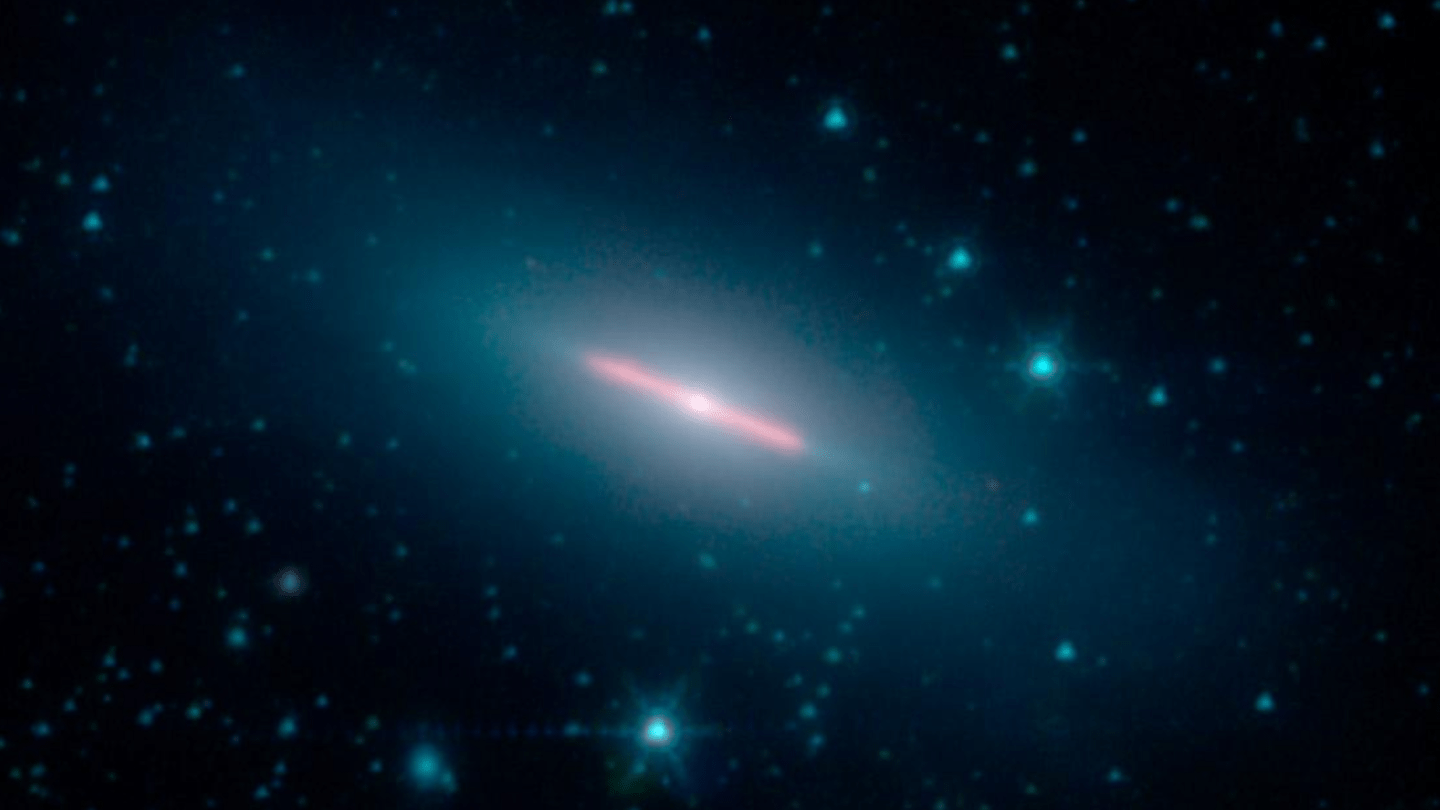 NASA’s Spitzer Space Telescope is capable of capturing some truly stunning snapshots of distant features in space, and usually, when we see images of vast spiral galaxies we get to see them face-first. A new photo shot by Spitzer of a distant galaxy called NGC 5866 is much different, but no less interesting.

We don’t really get to choose the angle at which we see distant galaxies, so astronomers can only work with what they’re given. In this case, galaxy NGC 5866 is positioned so that we’re seeing only its edge, making it look like a giant glowing splinter in space.

As NASA’s Jet Propulsion Laboratory explains in a new blog post, it’s difficult to learn about galaxies like this since we can only see a tiny fraction of what they might contain.

Trying to learn about the history and shape of NGC 5866 is challenging due to its orientation. Our view of this galaxy is somewhat like our view of the Milky Way galaxy: Because Earth lies inside the Milky Way, we can see it only edge-on rather than face-on. But our proximity to the rest of the Milky Way has allowed astronomers to reconstruct what our galaxy would look like viewed face-on.

The Spitzer Space Telescope has been scanning the skies for nearly 16 years at this point, which is a great deal longer than its initial mission timeline of about five and a half years.

As impressive as that is, we already know that the spacecraft is nearing the end of its life. It’s currently only capable of operating for a couple of hours at a time before it has to recharge, and NASA is planning on officially retiring the telescope in January 2020.