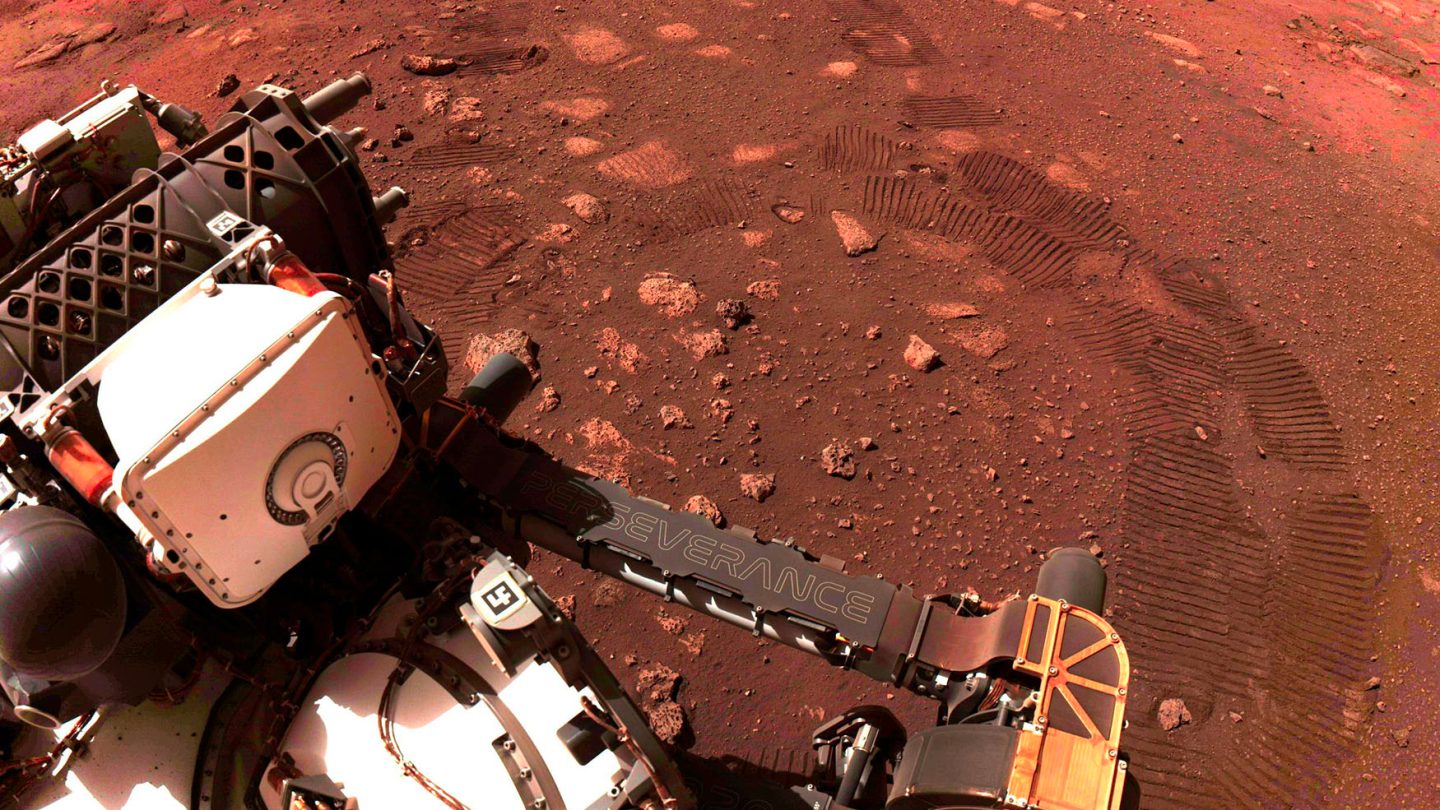 NASA previously shared a plan to send a rover to Mars to return Mars rock samples to Earth. The space agency has now proposed a new plan which will use Perseverance to deliver the samples to a spacecraft for the return trip.

The plan that NASA originally proposed to bring Mars rock samples back to Earth relied on the European Space Agency’s Sample Fetch Rover. The space agencies actually shared a possible concept for the rover, which would arrive on Mars and deliver the samples to a rocket. That rocket would then deliver the samples up to the Earth Return Orbiter.

From there, the rock samples would make the trek back to Earth. However, The New York Times explained that the rover’s design became too large to fit in one lander with the rocket. Instead, NASA would have had to use two landers.

Sending the Sample Fetch Rover to Mars to collect the Martian rock samples would have cost even more, as NASA would have had to build a second lander for the rover. Instead, NASA and the ESA plan to use Perseverance to drive the samples directly to the lander. Those 30 rock samples will then be loaded onto the rocket and sent into orbit.

The Sample Return Program wasn’t expected to reach Mars until sometime in 2030. But, based on how Curiosity has been doing, NASA is confident Perseverance will survive the next eight years. And, if it doesn’t, the space agency has devised an ingenious backup plan for getting the Mars rock samples to the rocket.

If Perseverance runs into any issues before 2030, NASA and the ESA will use helicopters to transfer the samples. NASA’s Mars Ingenuity helicopter has continued to destroy its own records. Though, the helicopter is currently on vacation.

And, because of the helicopter’s success, NASA believes that helicopters could provide some additional use in the future. So far, Ingenuity has flown 29 flights on the Martian surface. Helicopters should be more than capable of delivering the Mars rock samples from Perseverance to the return lander.

Of course, there are still concerns that the Mars rocks could bring unknown biological particles to Earth. But, of course, NASA says it is taking precautions to prevent any issues with that. We have at least eight years before this kind of mission is even happening. That gives them even more time to prepare for containment should it be needed.