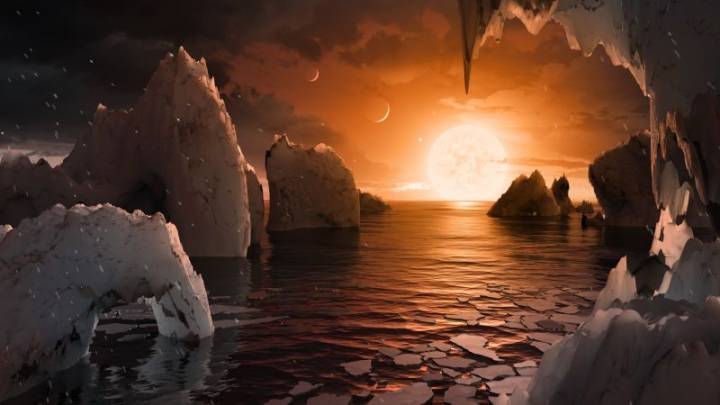 At a press conference today, a Dutch-led international research team has announced the discovery of several Earth-sized exoplanets orbiting a star 40 light-years away. Three of those planets are in the habitable zone where conditions would be amenable to liquid water, raising the possibility that humans — or some other life form — could potentially inhabit them.

The research team used ground and space-based telescopes to observe TRAPPIST-1, a star 40 light-years away from our own solar system. Seven Earth-sized exoplanets orbit the star, and the six inner planets are rocky, with approximately the same mass and surface temperature as Earth. That represents a huge leap forwards in the search for habitable planets other than our own, and perhaps the search for other life.

“This is the first time that so many planets of this kind are formed around the same star,” Michaël Gillon, one of the study’s co-authors, told Gizmodo. “[The planets] form a very complex system, [since] they’re all very close to each other and very close to the star, which is very reminiscent of the moons around Jupiter.”