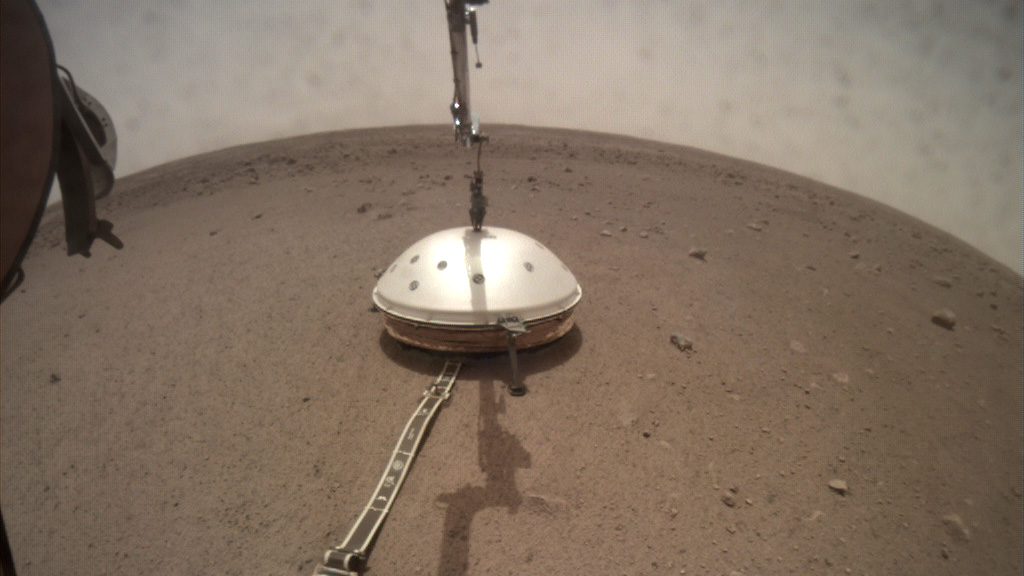 It’s now been over two months since NASA’s InSight lander touched down on Mars. The landing went as smoothly as anyone could have hoped, and the site where the robot touched down ended up being perfect for placing its sensitive electronic ears, but there are other factors at play.

In a new blog post, NASA’s Jet Propulsion Laboratory reveals that the InSight lander used its robotic arm to successfully install a shield over the top of its seismometer to protect it against the wind and temperature changes that are so common on Mars.

InSight’s main mission to is listen closely to the inner working of Mars and paint a clearer picture of what’s going on inside the planet. Scientists want to know how similar the guts of Mars are to Earth, and a super-sensitive electronic ear is the best way to find out.

Unfortunately, Mars is very windy, and gusts could mess up the robot’s readings. To mitigate the effects of the wind, a dome-shaped shield has been installed over the top of the sensor, protecting it. The shield has the added benefit of helping to moderate temperature and prevent the sensor from getting too hot or too cold.

“Temperature is one of our biggest bugaboos,” InSight Principal Investigator Bruce Banerdt said in a statement “Think of the shield as putting a cozy over your food on a table. It keeps SEIS from warming up too much during the day or cooling off too much at night. In general, we want to keep the temperature as steady as possible.”

The smooth exterior helps deflect wind, and it sits snug on the Martian surface thanks to a skirt “made of chain mail and thermal blankets,” according to JPL.

InSight has a long stay on Mars ahead of it, with a planned mission timeline stretching over 700 days. Well certainly learn some new information about the planet in the months ahead, but for now it’s important that NASA protects its investment from whatever Mars can throw at it.