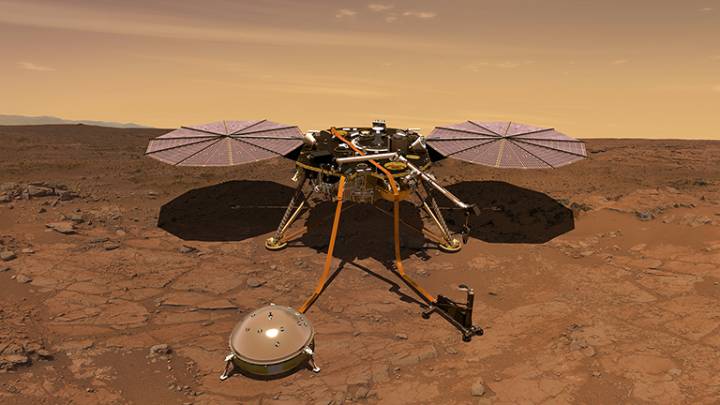 On Monday, November 26th, NASA’s newest piece of high-tech space hardware will finally find its way to the surface of Mars. It’s the InSight lander, and it’s going to listen closely to the heartbeat of the planet and hopefully reveal a whole bunch of awesome secrets about Mars, but before it does that, it needs to actually, well, land.

NASA will be live streaming a feed from mission control, offering commentary and updates on the status of the mission in real time. If you just can’t wait for the big day to come, NASA just published a timeline of when it expects to reach specific points in the landing process, right down to the minute, and it’s quite interesting.

It all begins at 2:40 p.m. EST, with the separation of the lander from the rocket stage that pushed it all the way to Mars, and that’s when the real fun begins. Here’s a full breakdown, via NASA’s Jet Propulsion Laboratory:

As you can see from the schedule, the entire landing process is going to take several hours to complete, and there are lots of places where something could go awry. NASA has a remarkable track record of successful Mars landings so we’re not anticipating any mishaps, but JPL’s mission control will be at the edge of its seat the entire time.