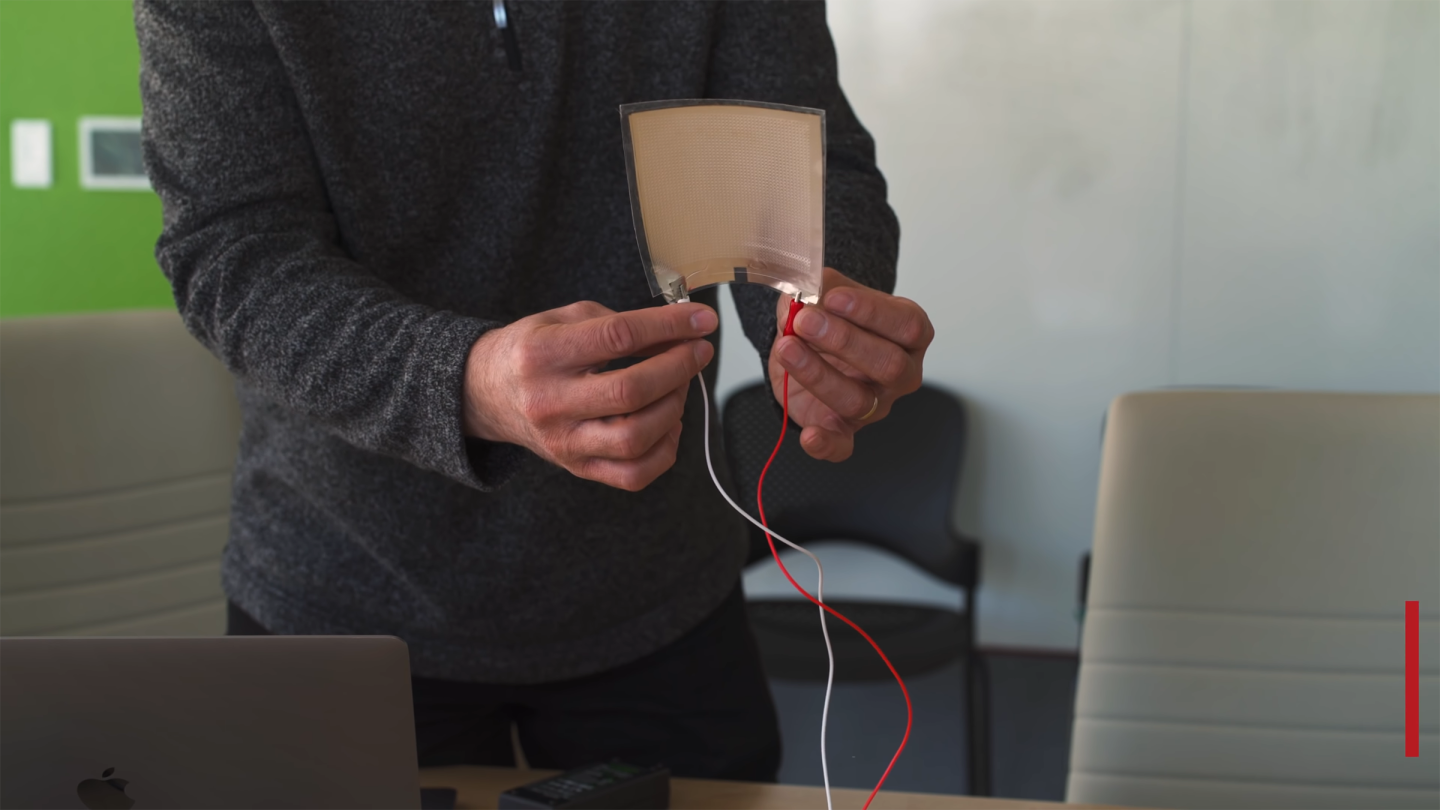 Speakers work by vibrating a membrane to manipulate air and create sound waves. Now, engineers at MIT have developed mountable paper-thin speakers that can produce sound from any surface. The creators say that the speakers should be easy to produce at a large scale. Additionally, they are energy efficient, so they won’t need a lot of power to run.

Speakers in headphones and other tech use electrical currents and magnetic fields to produce sound waves using the method I outlined above. In recent years, though, engineers have managed to find ways to achieve similar results with designs that are less bulky. This has led to improved audio systems in phones, TVs, and other devices. We’ve even seen some instances of mountable paper-thin speakers, too.

Most of these paper-thin speakers use piezoelectric material. This material produces sound waves when a small voltage is applied to it. As I mentioned before, this material has been at the forefront of developing thinner speakers in phones and other devices.

The downside to these thinner speakers, though, is that mounting them to a surface will reduce their ability to vibrate. In turn, this reduces their ability to produce sound waves. That was one of the primary problems the engineers wanted to overcome with these new mountable paper-thin speakers.

The engineers on the project published a study on the speakers in the journal IEEE Transactions of Industrial Electronics. In the paper, they outline how they designed it so that only parts of the membrane vibrate. Instead, they are formed with a grid of raised domes on the material.

Each of these domes vibrates independently. That’s why these mountable paper-thin speakers work even when attached to other surfaces. To accomplish this feat, the engineers sandwiched a thin layer of piezoelectric material between two layers of PET plastic. One layer of the plastic has a grid of tiny holes. The piezoelectric material between the two layers protrudes through those holes.

The bottom layer then acts as a barrier between the membrane and the surface you mount it on. That’s what allows the paper-thin speaker to work without interruption. Of course, this isn’t exactly new technology. It’s simply a newer way to approach the problem. Additionally, it could be a more cost-effective way to create systems that rely on this kind of audio material.

Ultimately, it will be interesting to see where these engineers take their mountable paper-thin speakers. As it stands, they could create pieces that can literally be put onto walls like wallpaper. Whether the concept goes anywhere or not remains to be seen, though.