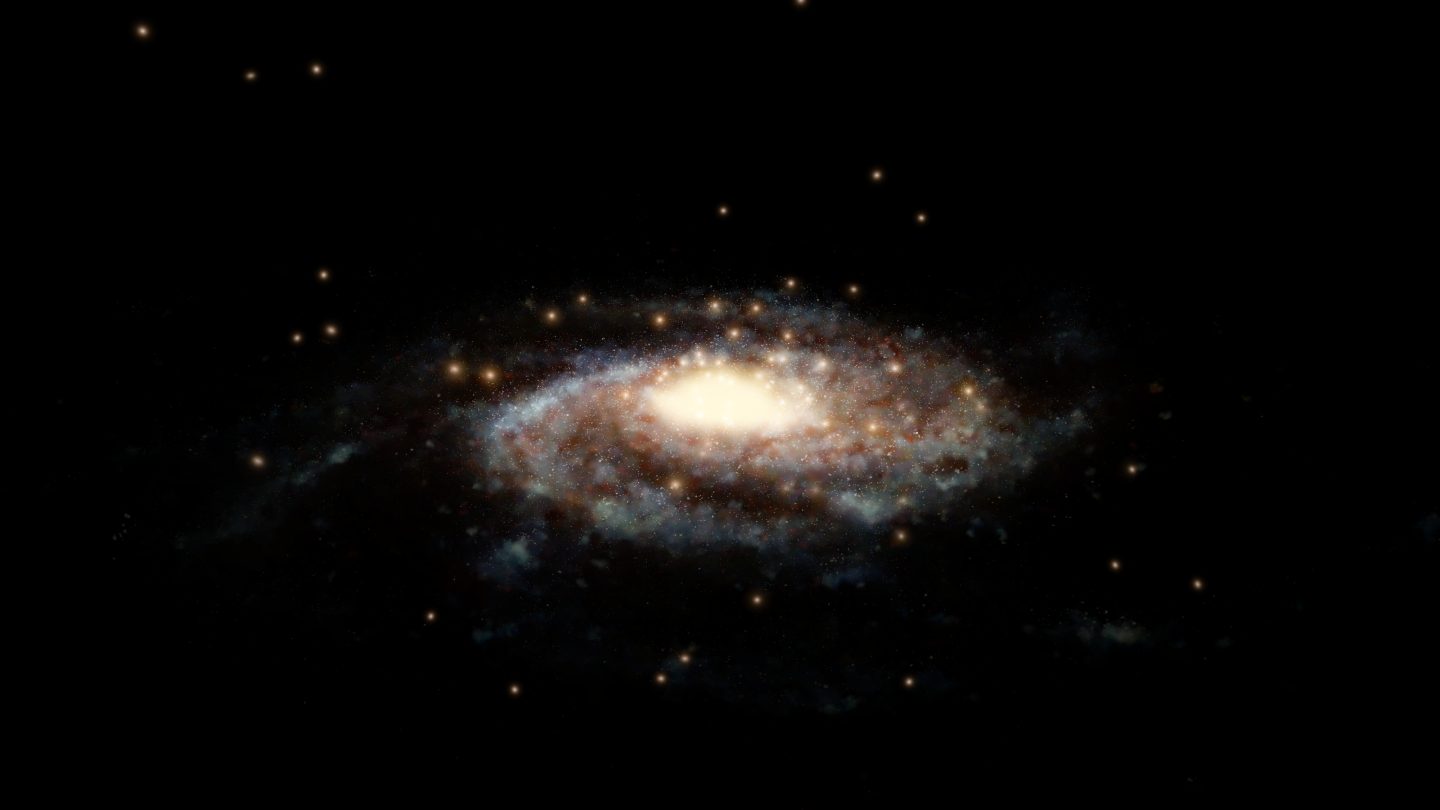 Judging the size of something is often best done when comparing it to other things, but that line of thinking tends to break down when you start talking about objects in space. Earth is huge, but not when you compare it to something like Jupiter, and Jupiter is tiny compare to our Sun, and our Sun is tiny when compared to… well you get the idea.

So, when you’re trying to measure the weight of something as large as a galaxy it can seem almost too abstract to even grasp. We’ve barely seen a sliver of what the Milky Way contains, but scientists are doing their best to offer a big-picture estimate of what our home galaxy contains and how much it all weighs.

Researchers using data from the Hubble Space Telescope and ESA’s Gaia galaxy mapping mission now believe they have a solid picture of the mass of the Milky Way. As you no doubt would have suspected, it’s very, very big.

This new estimate of the Milky Way’s weight falls within previous best-guesses, which ranged from 500 billion to 3 trillion solar masses. But the science behind this new figure is believed to be the most accurate we can get with current technology.

You might wonder why figuring out the mass of the galaxy would be so difficult, especially when we can see and measure many of nearby stars and have detected thousands of exoplanets from which we can draw an estimate. Ultimately it comes down to dark matter, which scientists can’t directly observe but which makes up as much as 90% of the mass in our galaxy.

Without being able to see dark matter, the researchers came up with a workaround. As ESA notes in a new blog post, astronomers measured the speed at which clusters of stars at the edge of the galaxy move. Their speed offers a hint as to the total mass of the total galaxy, dark matter included, allowing them to calculate total mass without having to actually see everything that’s hiding within the Milky Way.