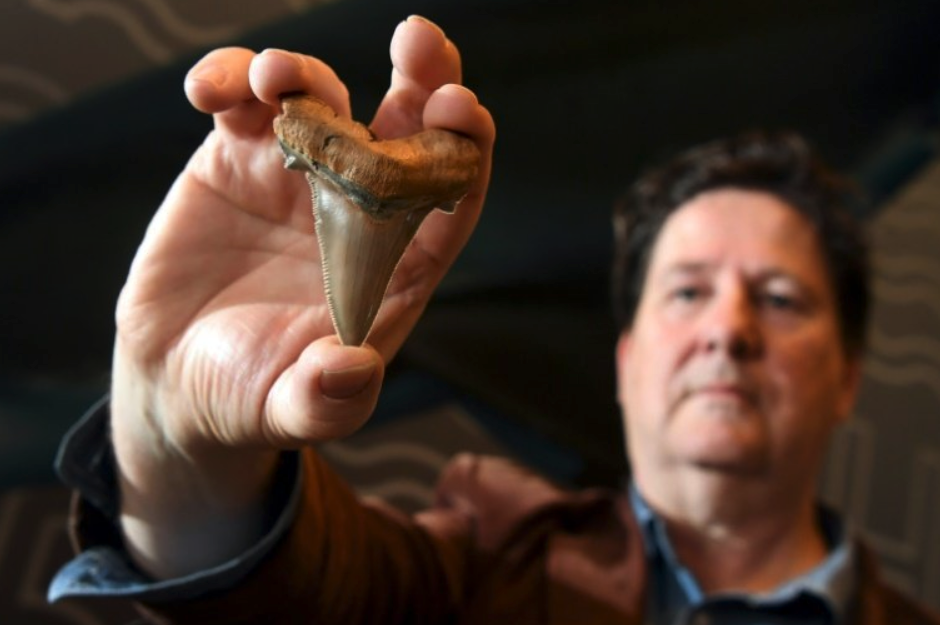 Swimming in the ocean today comes with a unique set of risks. One of those risks is encountering a creature that could harm you, like a stinging jellyfish or a shark. Of all the sharks you could run into in the deep blue sea, the great white shark is the most feared. If you happened to be swimming in the ocean some 25 million years ago, however, there was a much more fearsome creature lurking.

Researchers in Australia have discovered a set of teeth from a shark that would have made the great white look like a chump. The species is Carcharocles angustidens, and it’s one of the “megatoothed” sharks that patrolled the waters off of Australia at the time, making meals of just about whatever it wanted.

The best example scientists have of this particular species of prehistoric shark measured an impressive 31 feet long. Estimating the maximum size of ancient creatures is a bit of a fool’s errand, but researchers have suggested that it may have grown even larger, and that the animal may have not been full grown when it died. Most modern great white sharks come in at closer to 15 feet in length.

The teeth in this recent discovery were measured at 2.7 inches in length, with serrated edges and a sharp point. This was an animal that was built for killing, and killing is exactly what it did. Scientists believe the shark would have preyed upon aquatic animals like penguins and even small whales. Yes, whales.

But as impressive as this animal would have been, it still would have paled in comparison to the even more intimidating Megalodon. Carcharocles megalodon is estimated to have grown to nearly 60 feet in length, with jaws capable of exerting over 40,000 pounds of biting force. Needless to say, you wouldn’t have wanted to run into any of these creatures while taking a prehistoric dip in the ocean.