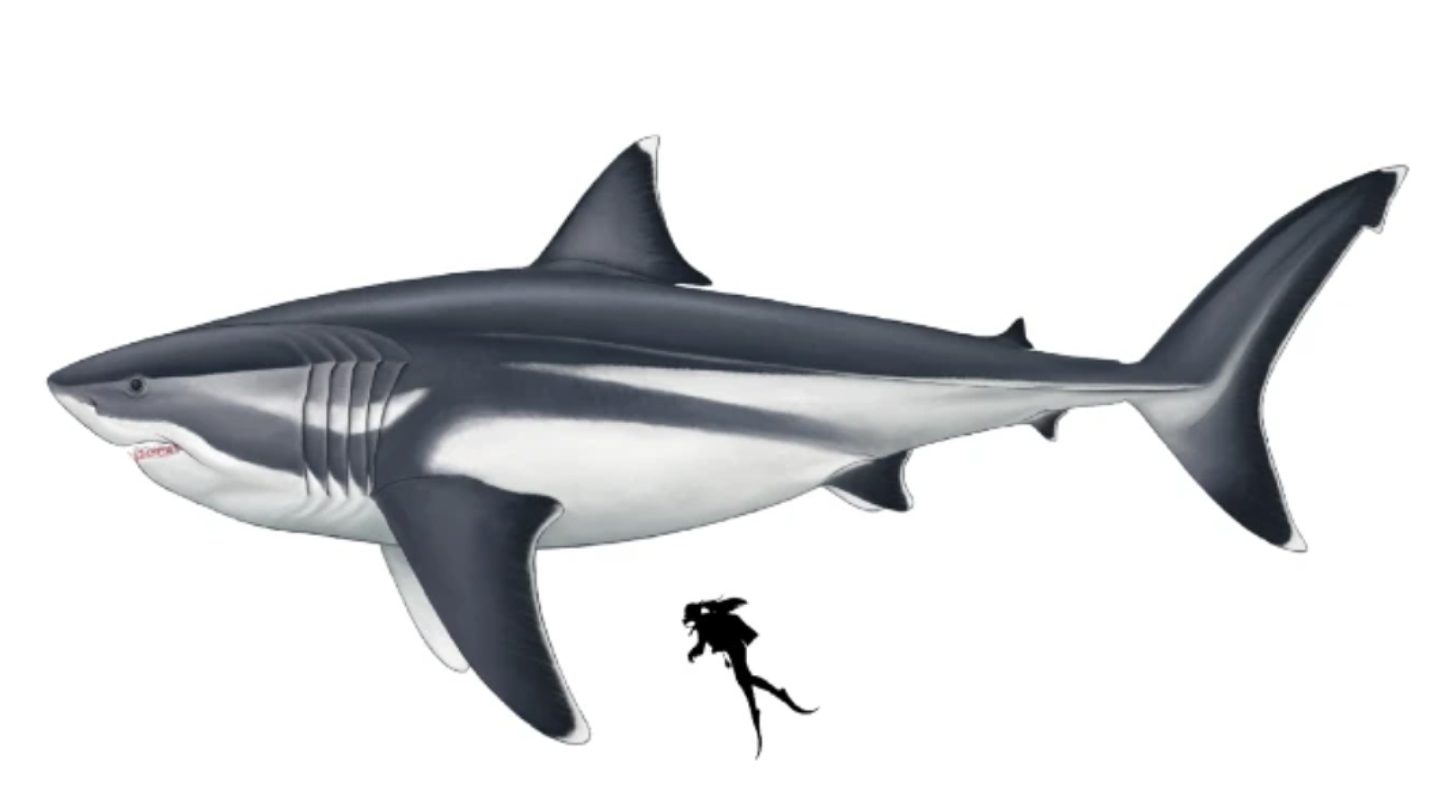 If you happened to be swimming in Earth’s oceans anywhere from around 4 million to 23 million years ago, the last creature you’d have wanted to run into was a megalodon shark. These incredible creatures were absolutely massive, and we’ve known about them for a long time thanks to bits and pieces of fossilized remains discovered by paleontologists over the years.

Unfortunately, due to the lack of a full fossilized specimen, estimating the true size of the sharks has been difficult. Now, researchers in the UK have come up with what they say is the most accurate measurement of an adult megalodon, and the figures are almost too wild to be believed.

The research, which was published in Scientific Reports, was based on all the available measurements of fossilized remains available. This mainly consists of teeth, and while that might not sound like a lot to go on, by working backward and comparing the size of the teeth to modern shark species, the researchers were able to paint a picture of what the full-sized adult sharks would have looked like.

Based on their calculations, the scientists believe the shark could have gotten as large as 59 feet in length and weighed as much as 48 tons. Needless to say, that’s a real beast of an animal, and even its dorsal fin alone would have stood as tall as the average human.

One of the helpful things about shark biology, according to the scientists, is that they grow in proportion over the course of their lives. Many other animal species, including humans, are born with limbs and heads that are drastically different in proportion to when they become adults. The fact that sharks grow evenly makes it easier for scientists to estimate the size of sharks based on teeth from various stages of their lives.

“This study marks the first quantitative estimate of O. megalodon specific body-part dimensions, beyond its overall body size,” the researchers write. “Our model based on a selection of modern analogues outperforms those using individual species (e.g. C. carcharias) and accounts for variability around body dimension averages.”

As for what allowed megalodon to get as large as it did, researchers attribute its size to an abundance of food in the form of whales and sea mammals. It would have been a fearsome foe for anything that caught its eye, and at twice the size of the largest great white sharks today, it would have had to eat a lot to satisfy its incredible appetite.

It’s long gone today, but it would have been quite the sight to behold if we could travel back in time a few million years.