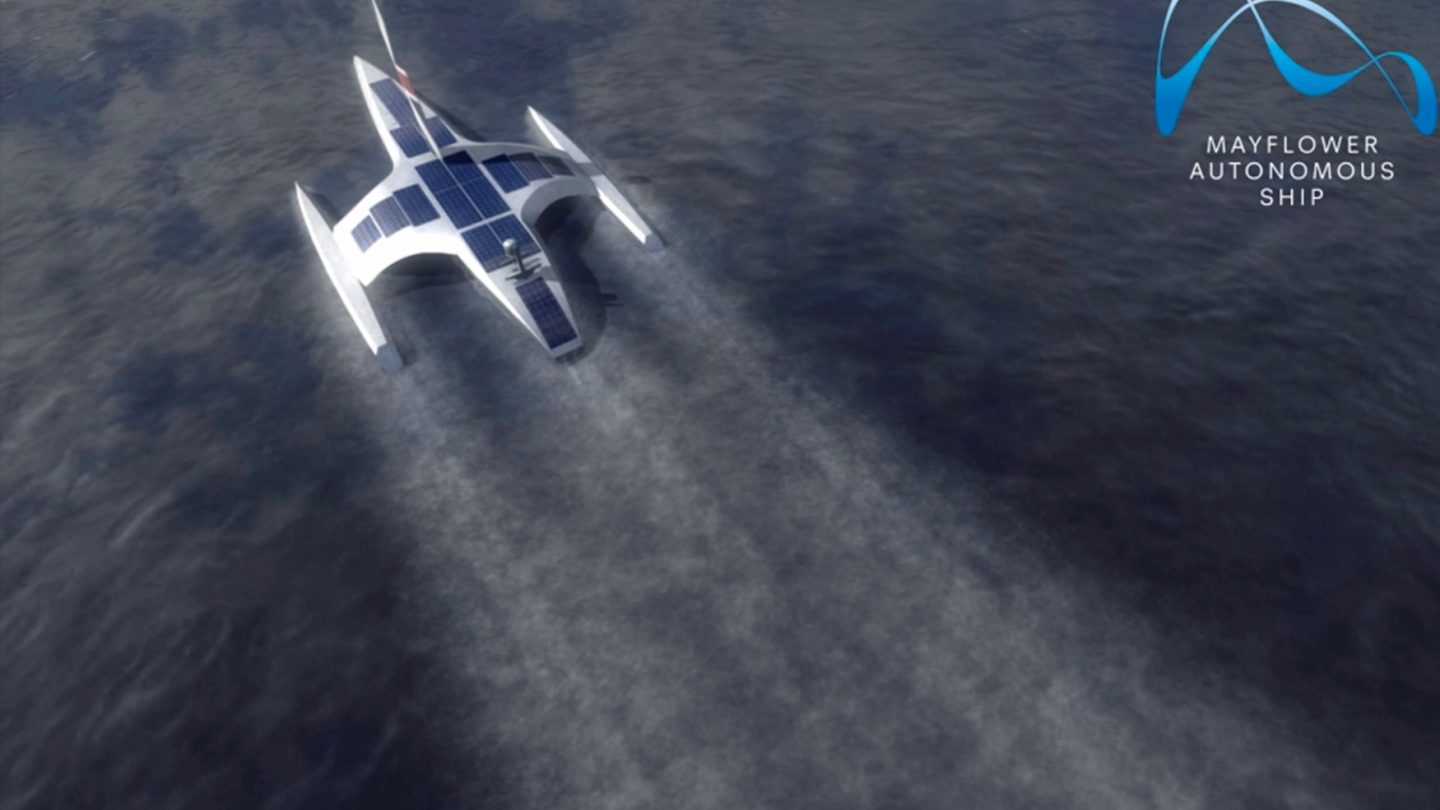 The Mayflower brought pilgrims to the “New World” exactly 400 years ago. It was a historic journey from England to what is now the United States. There’s really no telling how history would have been shaped if those early English settlers never made the trip, but we’ve all seen the aftermath.

Now, a second Mayflower is going to attempt the exact same journey, only this time nobody will be on board. The Mayflower Autonomous Ship is the brainchild of a whole host of companies and organizations that are combining their knowledge of engineering and artificial intelligence into a journey that will once again be historic.

As an article in Defense One explains, the ship will depart from the same harbor and make an almost identical trip as the original Mayflower. With no crew, the ship will navigate using artificial intelligence and will use solar power to push itself to its destination. Assuming all goes well, it will be the first-ever trip for an autonomous vessel of this size in the Atlantic.

The companies behind the project hope to learn a lot from the mission, including the feasibility of using artificial intelligence as a navigational tool on the ocean. If the journey is successful, it could serve as a jumping-off point for more ambitious projects. Eventually, shipping on the ocean could be handled by autonomous ships, and there would be many upsides.

For starters, not having crew aboard the ships as they haul goods from one port to another would reduce the risk of casualties if a ship ran into particularly rough seas. Additionally, autonomous ships could be sent on more perilous journeys without concern, as there would be no human element. Collisions between two large ships at sea are already incredibly rare, but with AI doing the navigating, ships would always know where each other are on the open sea, further reducing the possibility of such an accident.

The other big application for autonomous ships would be in warfare. Much like autonomous drones have provided the ability to strike at enemies without risking the lives of human pilots, autonomous warships could do the same for naval groups.

“Once the Mayflower’s voyage ends, every possible data point on the vessel’s performance will be analyzed with IBM’s Watson AI to give us a better understanding of how autonomous vessels handle challenges like obstacle avoidance, changes in sea state, and sensor occlusion,” the leaders of the project explain. “Real-world data like this is invaluable to developers as they develop and train the machine learning models that will sail the autonomous warships of the future.”

The Mayflower won’t make its maiden voyage until early 2021, but once it does, who knows what may follow.