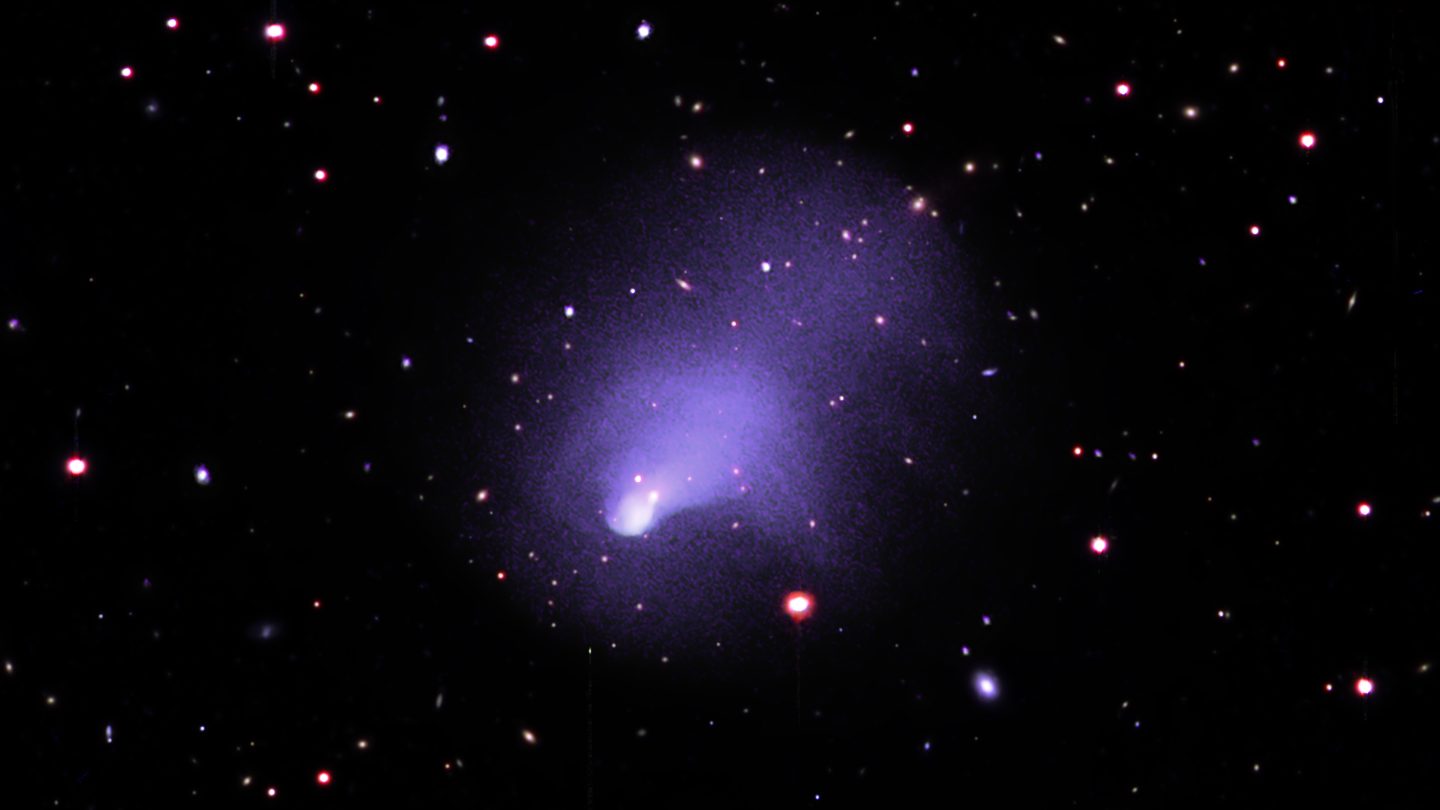 Two galaxy clusters collided, creating a massive shock wave stretching out over 1.6 million light-years long. NASA’s Chandra X-ray Observatory spotted the shock wave earlier this month. NASA says that these galactic collisions unleash vast amounts of energy. Additionally, it could help us better understand some of the physics that make up our solar system.

Researchers are publishing a new study on these colossal galactic collisions in The Monthly Notices of the Royal Astronomical Society. The paper is currently viewable on the arXiv preprint server. In it, researchers detail how these collisions unleash their energy and create “collisionless shockwaves” that can travel millions of light-years away.

While the idea of a collisionless shock wave might sound impossible, especially as we talk about colliding galaxy clusters, it is important to note that just because two clusters are crashing into each other doesn’t mean a physical collision is happening. Galaxy clusters are made up of more than just the galaxies within them.

It’s the way that these two components crash together that has scientists intrigued. And, some say, it could help us better understand the physics that drive our universe. For starters, in the galactic collision in Abel 2146, one cluster is falling through the other one. As it does so, it’s creating two shock waves, a bow shock, and an upstream shock.

Researchers say the galactic collision’s bow shock is compressed gas ahead of the infalling cluster. However, the upstream shock is much more complex. Instead, it forms when the gas that is removed from the infalling cluster is left behind and interacts directly with the in-situ gas within the cluster it’s moving through.

It’s these reactions that have created the collisionless shock waves that Chandra has been observing. Additionally, it is the bow shock wave that measures 1.6 million light-years long. The researchers also measured the width of the shock wave for the first time. They confirmed theories that the upstream shock is narrower than the bow shock because it is younger.

Further, NASA says that understanding these shock waves could also help us better understand the outbursts that our Sun releases.