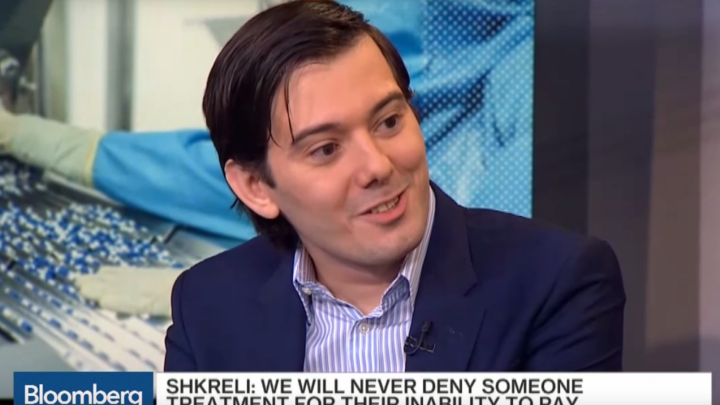 “Pharma Bro” Martin Shkreli is one of the most disliked people living in the United States today. Not only did he become famous for grossly increasing the prices of decades-old drugs just to take advantage of their demand inelasticity, but he also has an obnoxiously smug affect that makes you want to punch him in the face. Interestingly, liberal blog ThinkProgress this week asked a pair of psychologists if there were any scientific reasons that so many people find Shkreli’s face so punchable… and it turns out there are!

FROM EARLIER: For just $65,000, you can buy a ridiculous Russian truck that can drive through water

“This guy has a real, what we call in research, ‘baby faceness,'” explained Aleix Martinez, a professor at Ohio State University, who went on to add that baby faces typically consist of “a round face, larger eye sockets, sometimes a small nose — which is not the case here — and a short distance between the eyes and the mouth.”

But wait… most of us don’t want to punch babies and people who are considered baby faced when they’re older are also generally considered cute to some extent. Why does Shkreli’s baby face make him punchable?

It’s because of his behavior. If he had a baby face and was a good person, we’d want to hug him. But because he’s such an obnoxious human being, we perceive him as a spoiled child in need to a good slapping.

“And what happens is that, when people have this kind of face, we perceive them as less competent and more infantile,” Martinez notes. “So what might be going on here is that people perceive him as a spoiled, really young kid… I’m guessing that if he had a really masculine, aggressive face, he would be perceived as a jerk, period. As being really obnoxious. But no one would say he has the most punchable face.”

This makes some sense. Lots of people find doughy presidential candidate Donald Trump to be obnoxious but you rarely hear people talk about punching him in the face because he also looks like he would punch you back.

The whole post on Shkreli’s punchable faced can be found at this link.