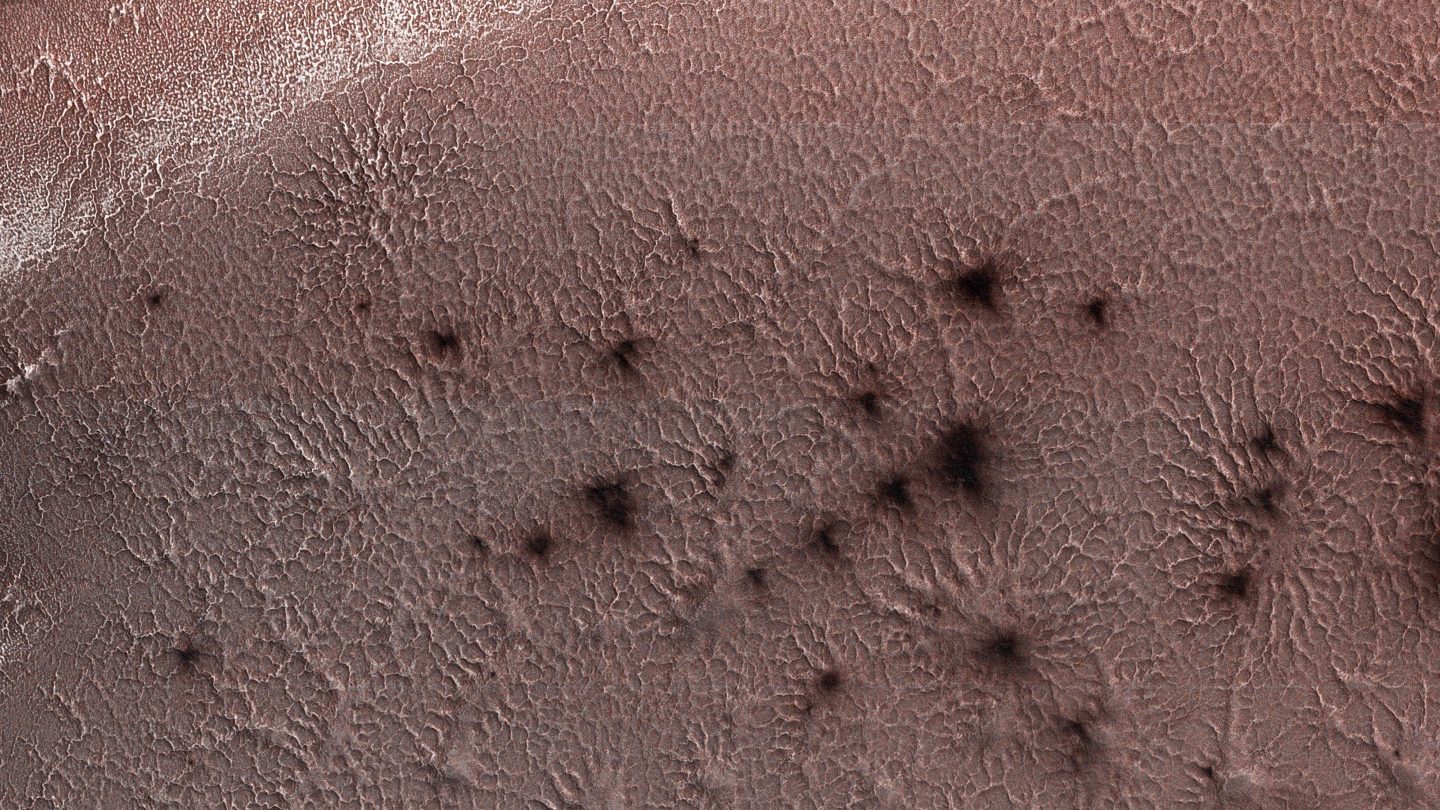 The search for evidence of past life on Mars is a long, complicated endeavor that NASA has devoted an incredible amount of time and money to. That investment may pay off one day soon, but in the meantime we’ll have to settle for all the cool non-living sights Mars has to offer, like these “spiders” captured by NASA’s Mars Reconnaissance Orbiter.

They’re still creepy and crawly, the spiders NASA is talking about here aren’t living arachnids; they’re bizarre geographical formations that are the result of frozen carbon dioxide that rests below the Martian soil.

“Called ‘araneiform terrain,’ describes the spider-like radiating mounds that form when carbon dioxide ice below the surface heats up and releases,” NASA explains in a post. “This is an active seasonal process not seen on Earth. Like dry ice on Earth, the carbon dioxide ice on Mars sublimates as it warms (changes from solid to gas) and the gas becomes trapped below the surface.”

It’s a very interesting quirk of the planet, and it looks really neat from the sky-high vantage point of the Mars Reconnaissance Orbiter. After staring at the surface for long enough, scientists have a pretty good idea of how the sublimation forms the patterns we’re seeing in the photos.

Over time the trapped carbon dioxide gas builds in pressure and is eventually strong enough to break through the ice as a jet that erupts dust. The gas is released into the atmosphere and darker dust may be deposited around the vent or transported by winds to produce streaks. The loss of the sublimated carbon dioxide leaves behind these spider-like features etched into the surface.

The image you see above was captured on May 18th during what is considered winter on the South Pole of the Red Planet. Figuring out how various patterns form on the surface of Mars has helped scientists paint a detailed picture of the processes that are going on behind the scenes (and beneath the surface). It’s important to differentiate non-biological processes from those that could be a sign of life, either past or present, and images like this are helping researchers do just that.