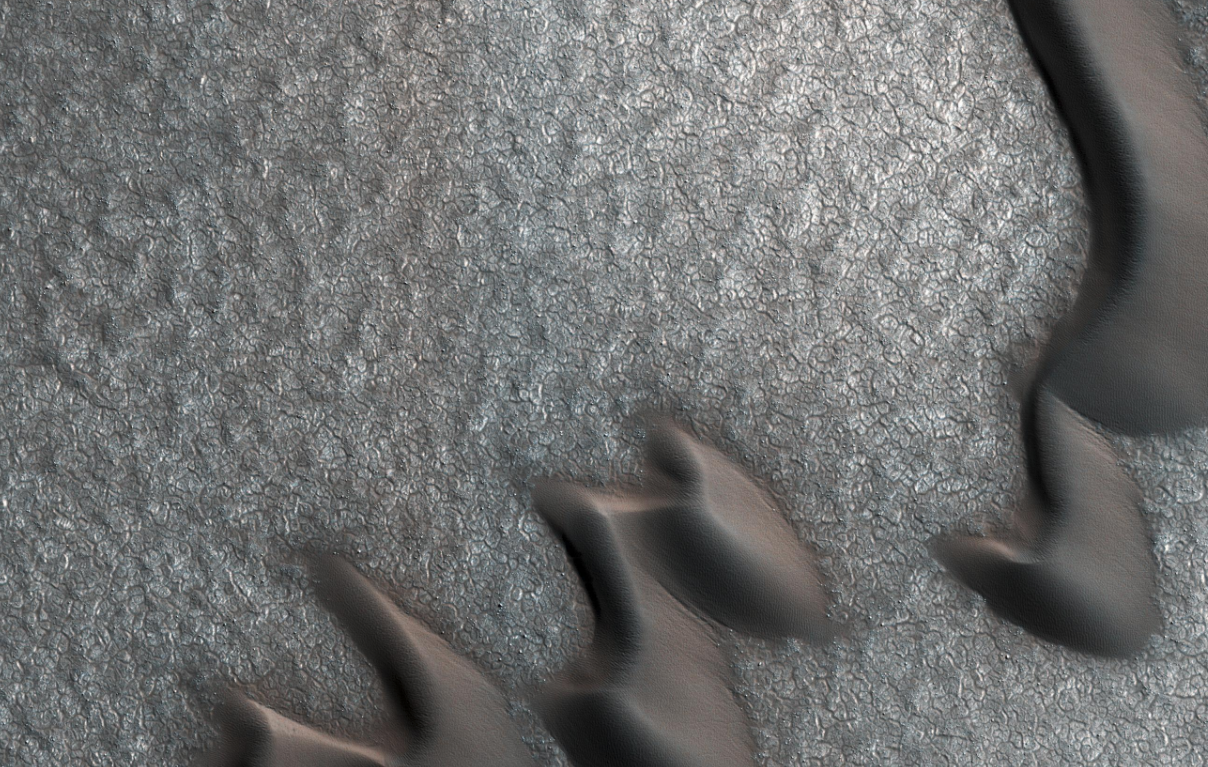 NASA has made a habit of delivering stunning photos of many of the planets in our Solar System, including Saturn, Jupiter, and of course Mars. Sometimes the group captures an image that looks so surreal that it almost appears fake, leaving us in awe while also giving conspiracy theorists plenty to argue about. A new photo of the Red Planet’s North Pole is one such image, and you’re probably going to want to stare at it for a while.

The photo was captured by the Mars Reconnaissance Orbiter as it looped around the planet and, as NASA explains, was originally shot so that scientists could track the changes to the many sand dunes that dot the surface. However, after seeing what they captured, NASA decided to show off the photo on its own, and it sure is neat.

The image, which you can view in full resolution thanks to NASA’s Jet Propulsion Laboratory, is incredibly detailed. It shows the cracked, rocky crust of the planet arranged in a tile-like design with the dusty dunes spilling over it. It’s a fantastic image, and NASA has an idea of how the geological processes of Mars made it all possible.

“What organized these boulders into neatly-spaced piles? In the Arctic back on Earth, rocks can be organized by a process called ‘frost heave,'” NASA explains. “With frost heave, repeatedly freezing and thawing of the ground can bring rocks to the surface and organize them into piles, stripes, or even circles. On Earth, one of these temperature cycles takes a year, but on Mars it might be connected to changes in the planet’s orbit around the Sun that take much longer.”

NASA already has a handful of rovers on the Red Planet, as well as other scientific equipment like the Mars Reconnaissance Orbiter flying high in the sky, but there’s still a lot we don’t know about one of our closest planetary neighbors. Mars, as far as we know, does not currently host any life, but things may have been much different in the distant past. The upcoming Mars 2020 mission will look closer at the makeup of the planet than ever before, and you can be it still has some secrets to reveal.