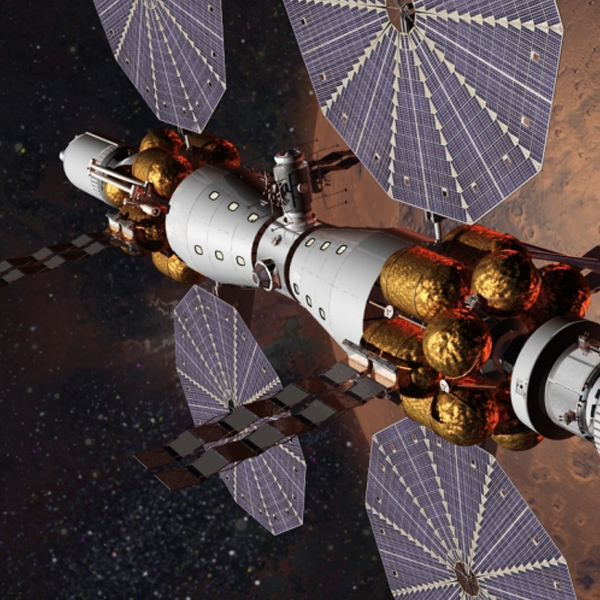 At this point it’s clear that humans are headed to Mars sooner or later, and it’s just a matter of when, who, and exactly what their mission will be. Aerospace juggernaut and government contractor Lockheed Martin is pretty bullish on the concept of humanity paying a visit to the red planet and even proposed a timeframe for when such an adventure would be possible: 10 to 12 years.

Speaking at a meeting of the National Space Club at Kennedy Space Center in Florida, Lockheed Martin’s Tony Antonelli explained that a trip to Mars isn’t just theoretical, but would utilize technologies that either currently exist or are actively being perfected. “We’re not waiting for the future and some kind of magic,” Antonelli explained.

Such a trip, if it were to happen within the next decade and a half or so, would almost certainly utilize NASA’s Lockheed-built Orion passenger spacecraft which is expected to make a trip around the Moon soon. With a pair of Orion capsules equipped, Lockheed’s conceptual Mars “base camp” could house six astronauts in relative comfort, allowing many human hands to carry out experiments research while in orbit.

While in orbit around the red planet, astronauts could easily control rovers and other devices working on the surface, and even potentially prepare future landing sites for manned missions to the planet. This is all assuming that budgets align, and with the current administration’s enthusiasm for axing anything that doesn’t fire a bullet or blow up, that might be the biggest hurdle of them all.