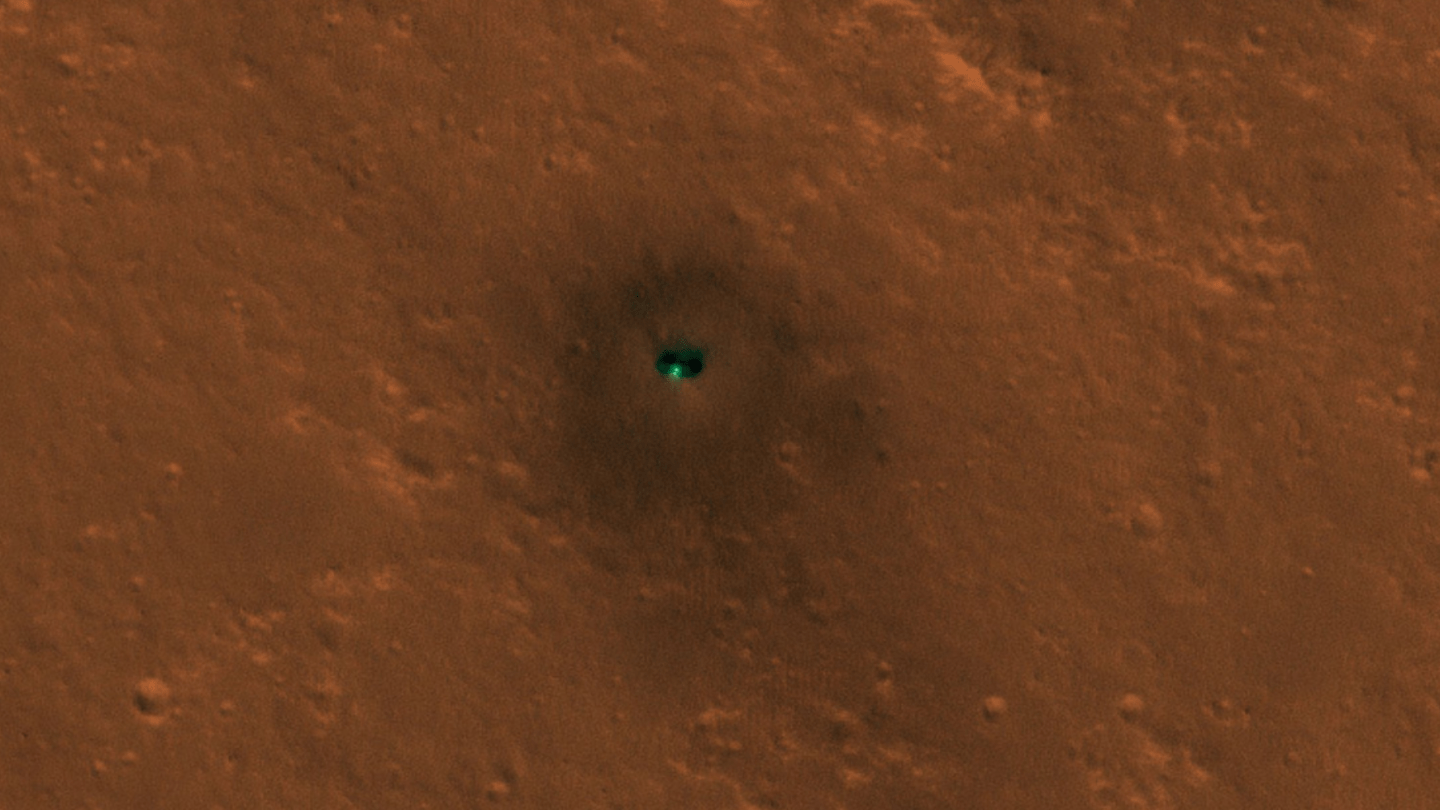 NASA’s InSight lander is the new kid on the Martian block, and it’s already snapping selfies and telling its handlers back on Earth all about its new, dusty home. But it’s not the only piece of high-tech hardware with eyes on the Red Planet, and NASA used one of its other machines, the Mars Reconnaissance Orbiter, to catch a glimpse of the newly-landed robot as it sits silently on the planet’s surface.

In a series of new images, NASA shows the final resting places of the lander itself as well as the spacecraft’s heat shield and its parachute, as seen from high above.

Then there’s the heat shield looks like a bright shining light as it reflect sun rays back towards the sky:

What’s particularly neat about these photos is that they show just how perfectly the InSight lander touched down. The aim for the InSight team at NASA and the Jet Propulsion Laboratory was to have the robot arrive at a flat, largely featureless spot on the Martian surface, allowing the machine’s sensors to detect vibrations deep within the planet without worrying about rocks or jagged edges getting in the way.

From these photos it’s clear that the InSight is positioned perfectly in a nice flat area that should make it easy for the mission’s engineers to select a spot to deploy its sensitive instruments.

InSight has many months of hard work ahead of it, but it’s exciting to see that things lining up nicely for the team.