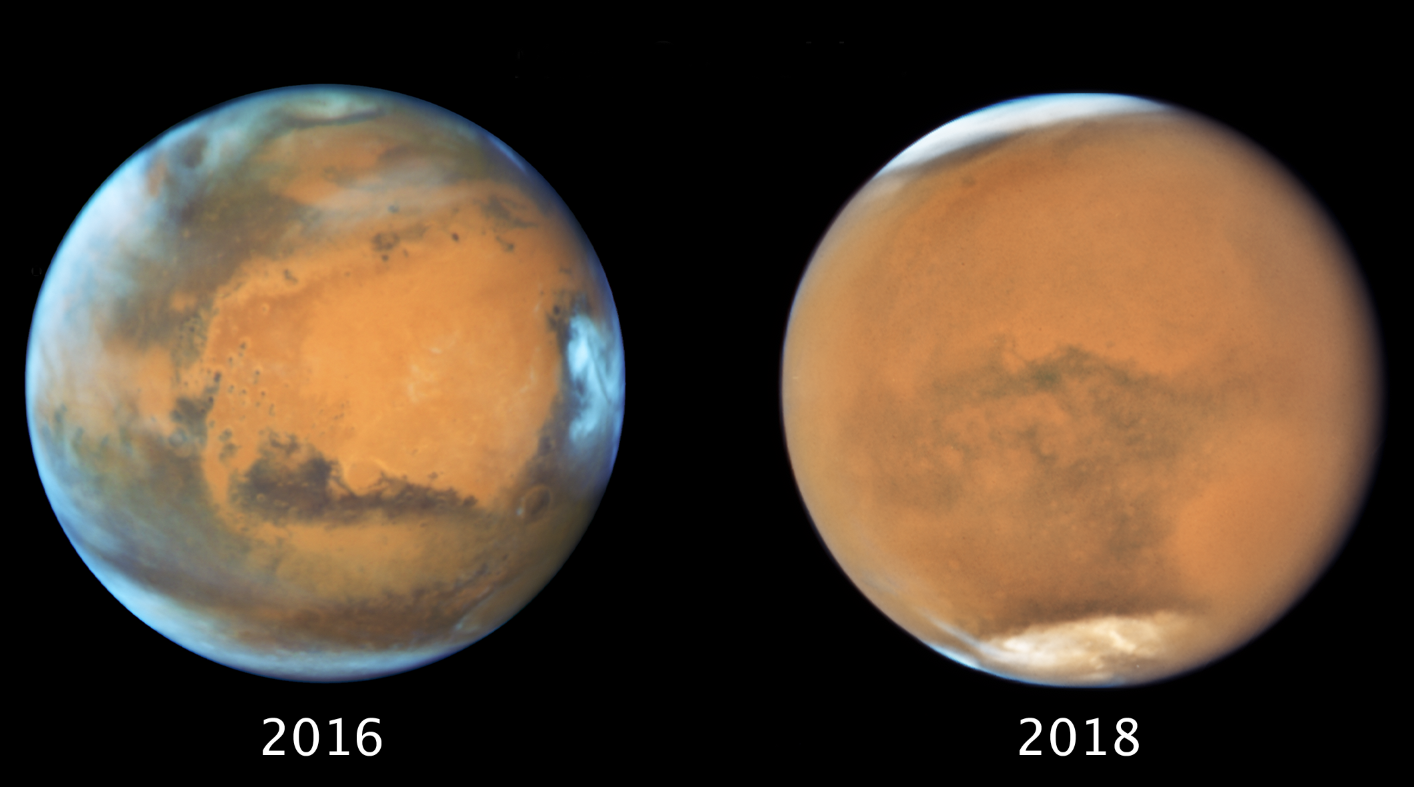 NASA’s Hubble might be aging rapidly but it’s still capable of taking some really, really fantastic photos. Scientists recently pointed the telescope at both Mars and Saturn to capture some new images as they make their closest approaches to Earth for the year, and NASA is now showing off their fancy photo skills. The images are great, but there’s one thing you’ll immediately notice about the photo of Mars: it looks so, so weird.

Most of the images you see of Mars — on news articles, documentaries, or wherever — were taken over the past couple of decades while the Martian skies were clear. The planet and its orange and brown splotches are always clearly visible. That’s not the case this time around.

Mars is currently in the middle of one of the strongest dust storms ever observed. Originally only covering a small portion of the planet, the storm has since blown strong enough to envelop the entire planet. The intricate detail in most Mars photos is gone from the Hubble’s latest shots, and has been replaced by blurry smears of orange as the dust clouds obscure the ground below.

It’s pretty wild to imagine an entire planet being swallowed up by a single storm, but that’s exactly what’s happening here. The Martian surface is so dry and dusty that strong winds are capable of creating large dust storms every few years, but rarely do they reach this magnitude. The last time a storm like this was observed was in 2007, and at the time it covered all but a few of the Red Planet’s mountain peaks.

This time around, the storm has left very little of the surface visible, and as you can see from the Hubble photo the planet’s south pole is the only clearly recognizable feature that still stands out. Scientists still don’t know exactly when the storm will subside, but it’s been raging for nearly two months already. In the meantime we’ll all just have to be thankful things like this don’t happen on Earth… at least not yet.