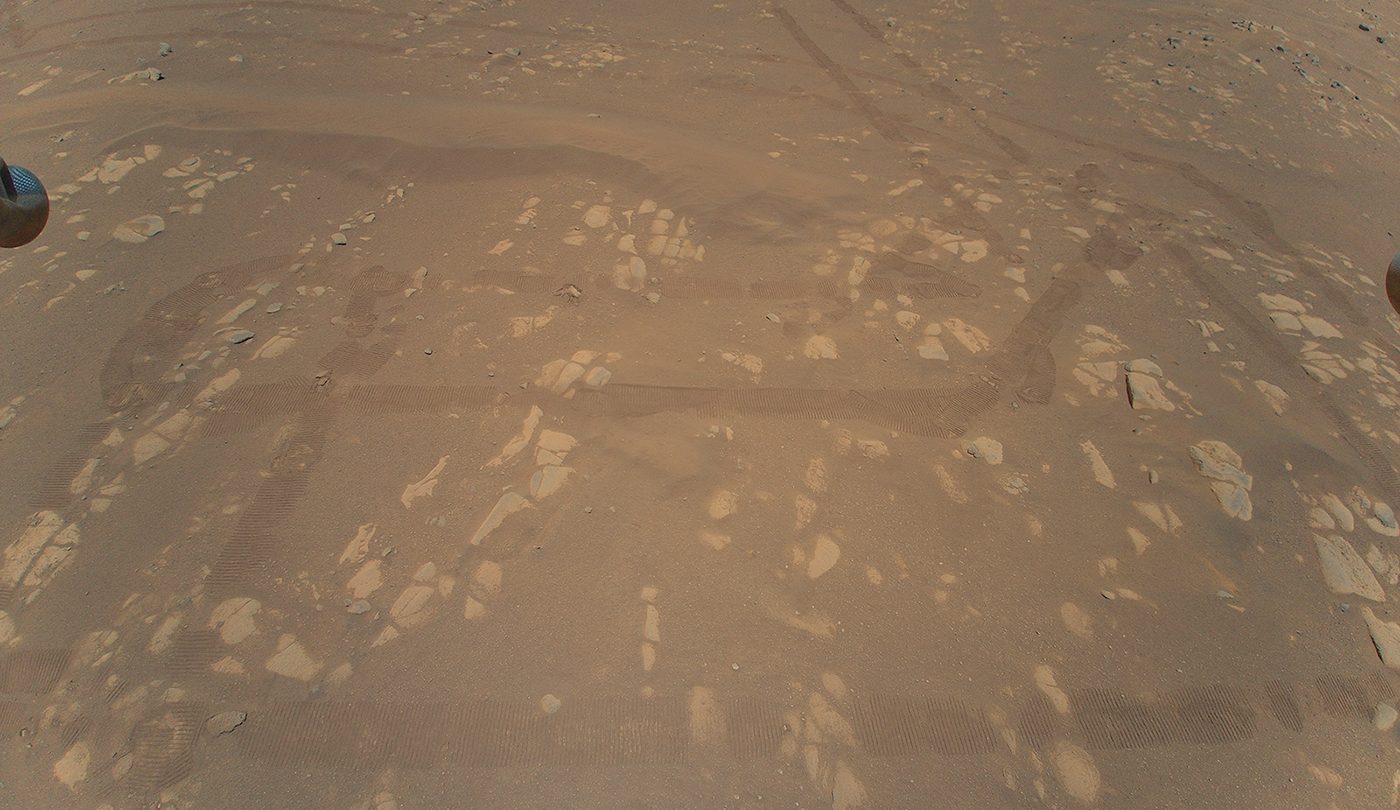 NASA’s Mars helicopter has now logged multiple flights on the Red Planet, claiming a number of “firsts” along the way. The aircraft is officially the first manmade vehicle to perform a powered flight on another planet. It’s a huge accomplishment for NASA and, to a larger extent, humanity, but we hadn’t yet seen Mars from the perspective of the helicopter itself. Now, in a new post on NASA’s website, the space agency shares what the Ingenuity helicopter sees as it looks down on Mars from above, and it’s pretty awesome.

The image was captured by Ingenuity during its second successful test flight. That flight, which saw the aircraft reach a higher altitude than during its first attempt, was the first in which the helicopter actually traveled to a new location. The flight distance was a mere seven feet, but that’s still a big step when testing the first-ever powered aircraft on Mars.

NASA offers a brief description of what we’re seeing:

The Ingenuity helicopter is not equipped with any scientific instruments and has no scientific objectives. Its only mission is to be a proof of concept for future aerial vehicles on Mars, which means its handlers back on Earth will put it through a series of tests to see how well it handles itself during its month-long trial.

Despite not having any scientific instruments, the aircraft is still equipped with a rather sharp camera. The sensor, which is mounted to the body of Ingenuity, can capture images of up to 4208px by 3120px in resolution. This allows the Ingenuity team and NASA as a whole to imagine what kind of sights a true Mars drone would be able to capture as it explored the Red Planet.

There are no current plans for a robotic drone mission on Mars, but based on what we’ve already seen from Ingenuity, that may change. An aerial drone would be capable of exploring vast areas of the Red Planet much faster than a rover could. Such a vehicle would presumably be equipped with instruments that would allow it to take samples and conduct science wherever it lands. A mission like this could speed up certain types of research and perhaps make it easier for NASA or other space agencies to begin to build future crewed missions to the Red Planet.