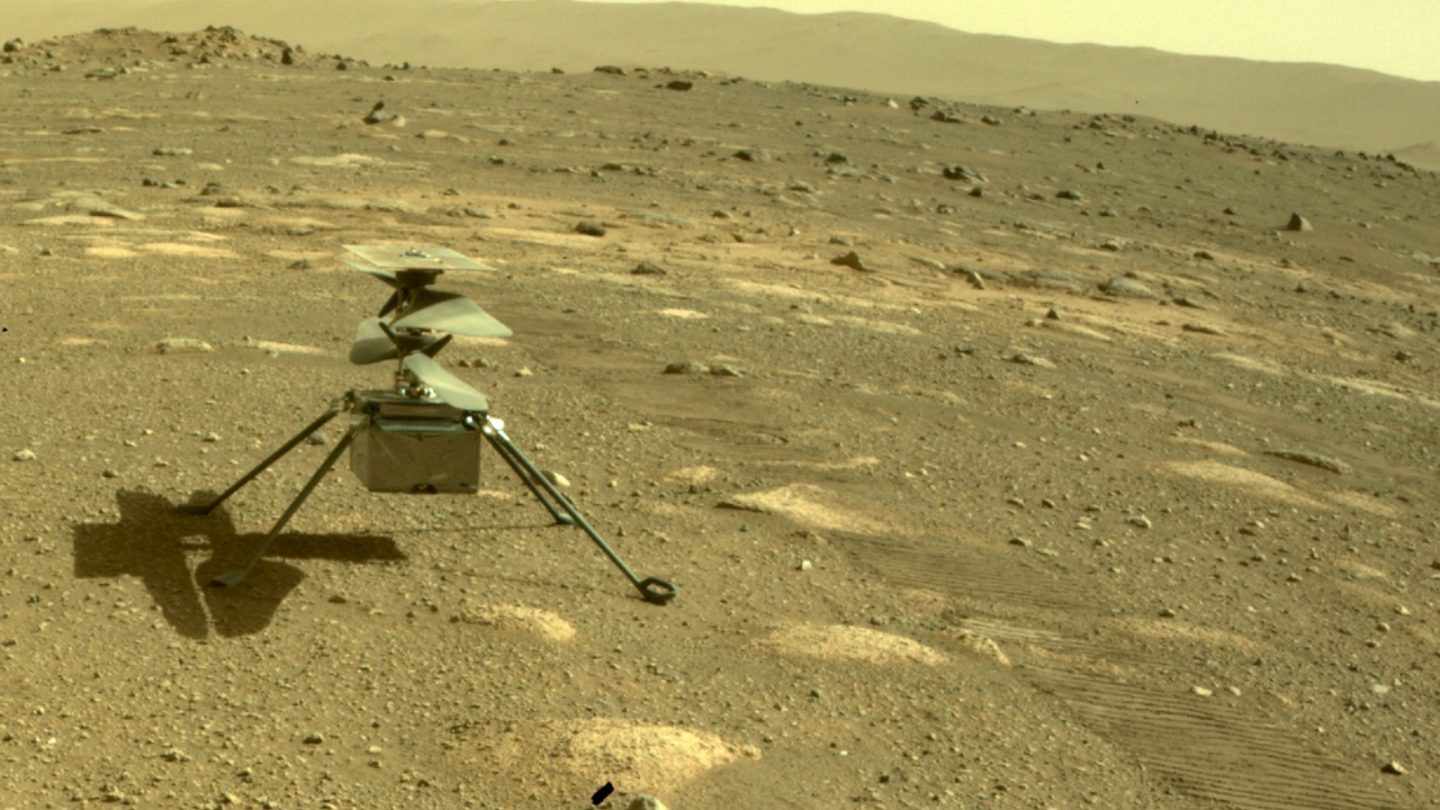 NASA’s Perseverance rover has been stealing most of the science headlines as of late, but we can’t forget about the other vehicle that made the trip to the Red Planet along with it. The Mars Helicopter — named “Ingenuity,” in case you were wondering — rode along with Perseverance during its journey to Mars. The helicopter was folded up and attached to the rover’s belly, and now that Perseverance has traveled to the designated “Mars airstrip” that NASA picked out, it’s time for the tiny aircraft to be set free.

In a new blog post, NASA reveals that the rover deposited the unfolded helicopter onto the surface where it had to spend its first Martian night alone. The 4-inch drop went well, and the helicopter is now positioned perfectly for its eventual takeoff, but first, it has to endure the harsh Martian weather for a number of days.

The helicopter isn’t totally ready to go just yet. With its legs unfolded, Ingenuity is safe and sound on the surface and sitting as intended, but its rotor blades are still held in the awkward position that they were during the trip from Earth to Mars. On Wednesday, April 7th, NASA’s Jet Propulsion Laboratory plans to release the restraints holding them in place, allowing them to extend to their flight-ready form.

“If the mission team meets that milestone, the next several sols will involve more testing of the rotor blades as well as the motors that drive them,” NASA explains. “There are also checkouts of the inertial measurement unit (an electronic device that measures a body’s orientation and angular rate) and onboard computers tasked with autonomously flying the helicopter. Additionally, the team will continue to monitor the helicopter’s energy performance, including assessment of solar-array power and state of charge of the craft’s six lithium-ion batteries.”

So, as you can see, there is a lot left to be done before NASA can give the helicopter the all-clear to begin flight testing, but things are moving in the right direction. Assuming that all of the system checks and other pre-flight items are checked off, the helicopter will be able to begin its flight tests on April 11th or soon thereafter.

The aircraft has no scientific objectives and doesn’t carry any scientific instruments or sensors. It was built for the sole purpose of testing the feasibility of using powered flight on Mars for exploration purposes in the future. If it is successful in its flight tests, NASA may explore the option of making aerial drones for Mars exploration in the future, but first, it has to take off, land, and survive for its 30 days of testing.

Once the aircraft has completed its month of tests, Perseverance will begin its scientific efforts in earnest, and we’ll be waiting for some exciting new discoveries in the months and years ahead.