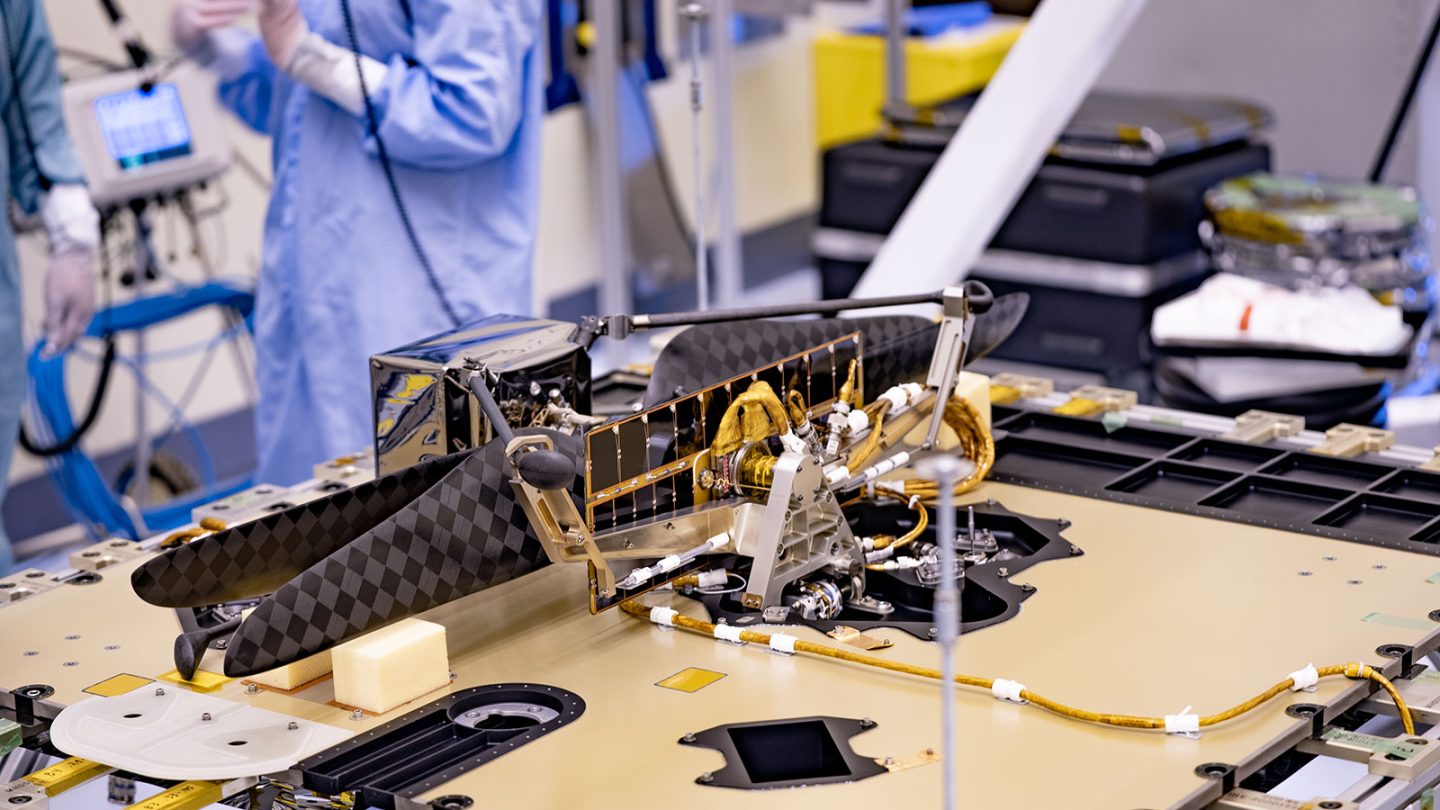 NASA’s Perseverance rover and Mars 2020 mission are rapidly taking shape as we speed toward the expected launch window which begins in mid-July. The robot is the most advanced piece of technology NASA has ever sent to the Red Planet, and it’s packed with instruments that will teach scientists all kinds of interesting things about our dusty neighbor.

Now, with around 14 weeks until the beginning of the launch window, NASA’s Jet Propulsion Laboratory has reached a critical step in the final assembly of the rover by installing the Mars Helicopter. Yes, you read that correctly.

The Mars Helicopter is one of the most interesting aspects of the Mars 2020 mission, and if it succeeds, it will be the first time mankind has ever attempted controlled flight on a planet other than Earth. It’s exciting stuff, but the helicopter won’t take to the skies immediately after the rover arrives on Mars.

The helicopter, which is integrated into a delivery system that is strapped to the rover’s belly, will spend nearly three months waiting for its time to shine after the mission arrives at Mars. As NASA’s Jet Propulsion Laboratory explains in a new post, the rover will drive around 330 feet before the helicopter will have a chance to strut its stuff.

“Before being deployed onto the surface of Jezero Crater, the Mars Helicopter will rely on the rover for power,” NASA’s Jet Propulsion Laboratory explains. “Afterward, it will generate its own electrical power through a solar panel located above its twin counter-rotating propellers.”

The aircraft itself is quite small, weighing in at just 4 pounds, and its 4-foot propeller system should provide plenty of lift. The helicopter will have up to a month to show what it can do after it’s deployed, but NASA is keeping its expectations in check.

In fact, the helicopter doesn’t have any real scientific objectives at all. It won’t be gathering samples or analyzing anything. Instead, the aircraft will simply demonstrate what might be possible when it comes to flying in the thin atmosphere of the Red Planet. Its success or failure will inform future missions and could lead to more advanced helicopter designs that would be capable of exploring Mars and other planets much faster than a slow-crawling rover.