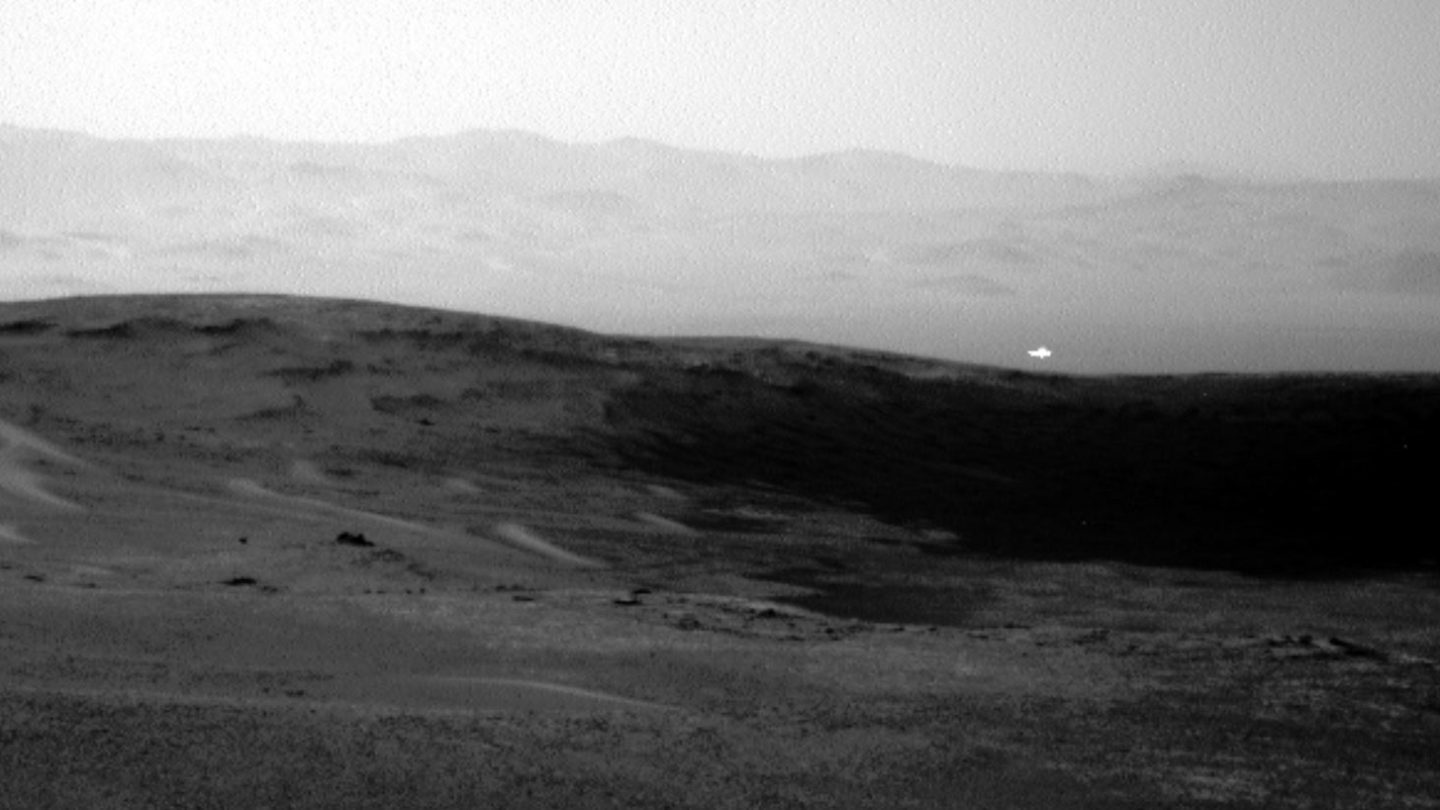 Mars is almost certainly the next place in our solar system where humans will travel. We’re still many years from actually seeing mankind roaming the Red Planet, but with a number of high-powered instruments already hanging out around Mars and on its surface, we have a pretty good idea of what to expect once we get there… or do we?

A new image captured by NASA’s Mars Curiosity rover shows something that, at the moment, remains unexplained: a bright flash popping up, seemingly out of nowhere, and with no indication of what may have caused it. The image, which was snapped on June 16th, has quickly taken the internet by storm, but NASA scientists aren’t particularly concerned with what it might mean.

The flash is only present in one of many consecutive images Curiosity captured that day. Images from just seconds later show absolutely nothing but the baren Martian landscape, so what caused the flash?

NASA can’t say for certain, but the most likely explanation is rather mundane. When we see something we can’t immediately identify, especially when it’s happening on another planet, it’s easy to jump to some seriously wild conclusions. Perhaps it’s an alien ship zooming through, or an alien surveying the planet with a flashbulb, right? Unfortunately, no.

Scientists have seen these kinds of flashes in images of Mars before, and generally speaking they never really amount to much. NASA has chalked it up to reflections from distant rocks or glare caused by the Sun. The fact that NASA published a total of 21 images shot over a four-minute span and only one of those pictures includes the bright flash suggests it wasn’t anything particularly meaningful.

In any case, it’s yet another interesting mystery for scientists to unravel between now and whenever in the near future we finally send human travelers to the Red Planet.