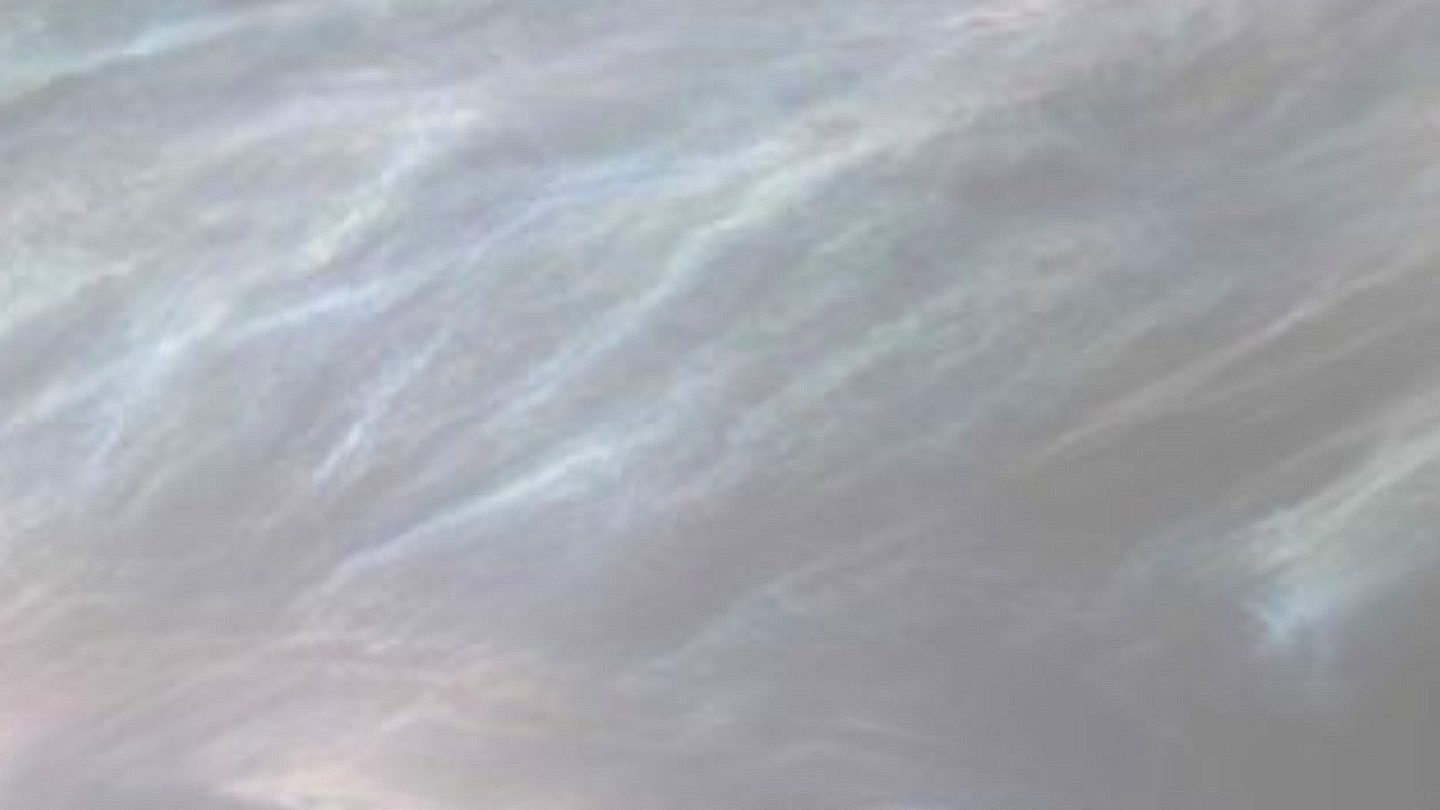 Photos from Mars are often eye-catching but rarely do the Martian clouds provide visual splendor. The rusty hues that cover the ground and most of the sky are often due to winds carrying dust, which happens a lot on Mars, and rovers sometimes have a tough time capturing what the clouds in the thin Martian atmosphere actually look like. NASA’s Curiosity rover has made it a point to focus some of its scientific effort on studying the clouds on Mars, and as the space agency’s Jet Propulsion Laboratory explains in a new blog post, the scientists were surprised at what they’ve seen.

In studying the clouds, which were thought to show up on a relatively predictable schedule, the researchers found that some very interesting types of clouds arrived earlier than they were prepared for. In 2021, the team prepared to observe these early clouds and captured images of them that show how special they really are.

What the Curiosity team discovered is that the clouds that arrive earlier are often at much higher altitudes than most other clouds on Mars. These clouds are also quite chilly and thought to be made primarily of carbon dioxide rather than water ice, as is the case with the lower-hanging clouds that come later.

The fact that the clouds are so high and cold means that they can provide viewers on the surface — in this case, the Curiosity rover — with a pretty spectacular show.

Viewed just after sunset, their ice crystals catch the fading light, causing them to appear to glow against the darkening sky. These twilight clouds, also known as “noctilucent” (Latin for “night shining”) clouds, grow brighter as they fill with crystals, then darken after the Sun’s position in the sky drops below their altitude. This is just one useful clue scientists use to determine how high they are.

The rover also captured images of the so-called “Mother of Pearl” clouds, which atmospheric scientist Mark Lemmon described as clouds with “a shimmery pastel set of colors” in them. These clouds are created when the frozen particles all form at roughly the same rate, creating a uniform density within the clouds that allows them to reflect light in waves.

“I always marvel at the colors that show up: reds and greens and blues and purples,” Lemmon said in a statement. “It’s really cool to see something shining with lots of color on Mars.”

It’s pretty awesome to see these clouds in color, especially knowing that they’re hovering high above the rusty red surface of Mars. As scientists continue to learn more about the Martian atmosphere they’ll hopefully be able to use that information to aid in planning future missions to Mars, including crewed trips.

Check out more photos and an animation of Martian clouds on NASA’s site.