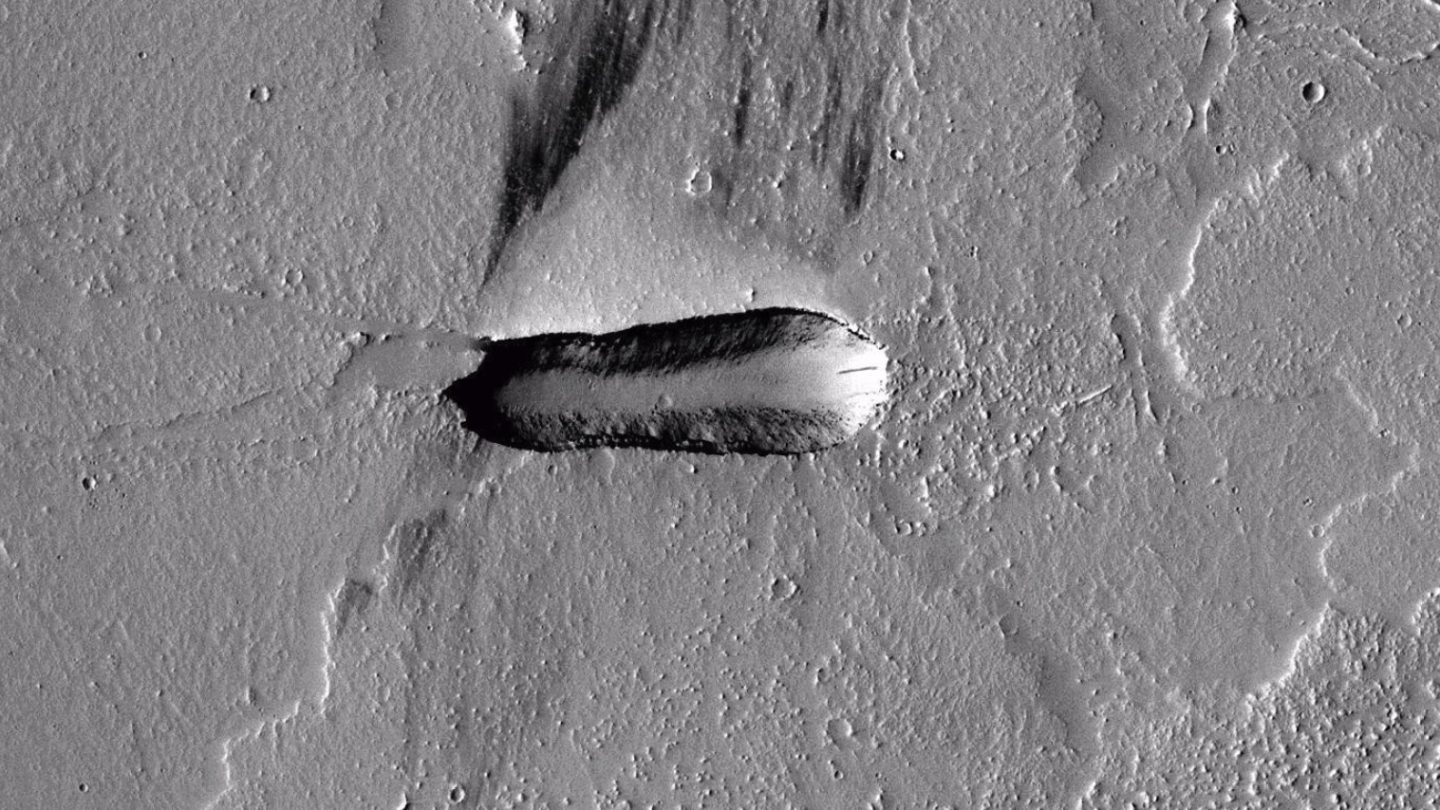 Amateur paranormal investigators routinely claim that they’ve spotted signs of ancient alien civilizations in material published by NASA — from “alien skulls” to structures that turn out to be nothing more than oddly-shaped rocks — but rarely does the evidence appear as undeniable as this. Several in the skywatching community are putting their weight behind a theory that there’s actually an alien spaceship on Mars, and once you see the images it’s actually pretty convincing.

A tiny blip on an otherwise unremarkable stretch of Martian desert looks a whole lot like some of the futuristic spaceships humans have been conjuring up for decades, and its existence is (like many of Mars’ remote geographical anomalies) completely unexplained.

The long, cylindrical feature is slightly wider at one end, with what appears to be a three-pointed “tail” section. If you were to see this in the context of a science fiction movie it wouldn’t be a stretch to imagine it as the long lost remains of an intergalactic spacecraft, but what is it really? In various YouTube videos and obscure forum posts, believers insist it’s a ship-like object sitting above the Martian landscape, but others aren’t so sure.

The biggest argument against it being an alien ship is the fact that its shadows might be playing a trick with our eyes. If you zoom in on the tiny craters and other features of the nearby landscape it appears that the angle of the light is actually left-to-right. The object looks like a spaceship thanks to a bright glow on what would be the front of its hull, but that would mean the light is coming from the opposite direction, which it clearly isn’t.

If we assume for a second that it’s not a ship, and that the feature is actually an indentation rather than something sitting above the surface, it’s still pretty odd, but not quite as mind-blowing as it would otherwise be. There’s a good chance that the feature is a ditch carved by some kind of impact — possibly that of a small meteor — which slammed into the surface at an angle and carved out the large gash.