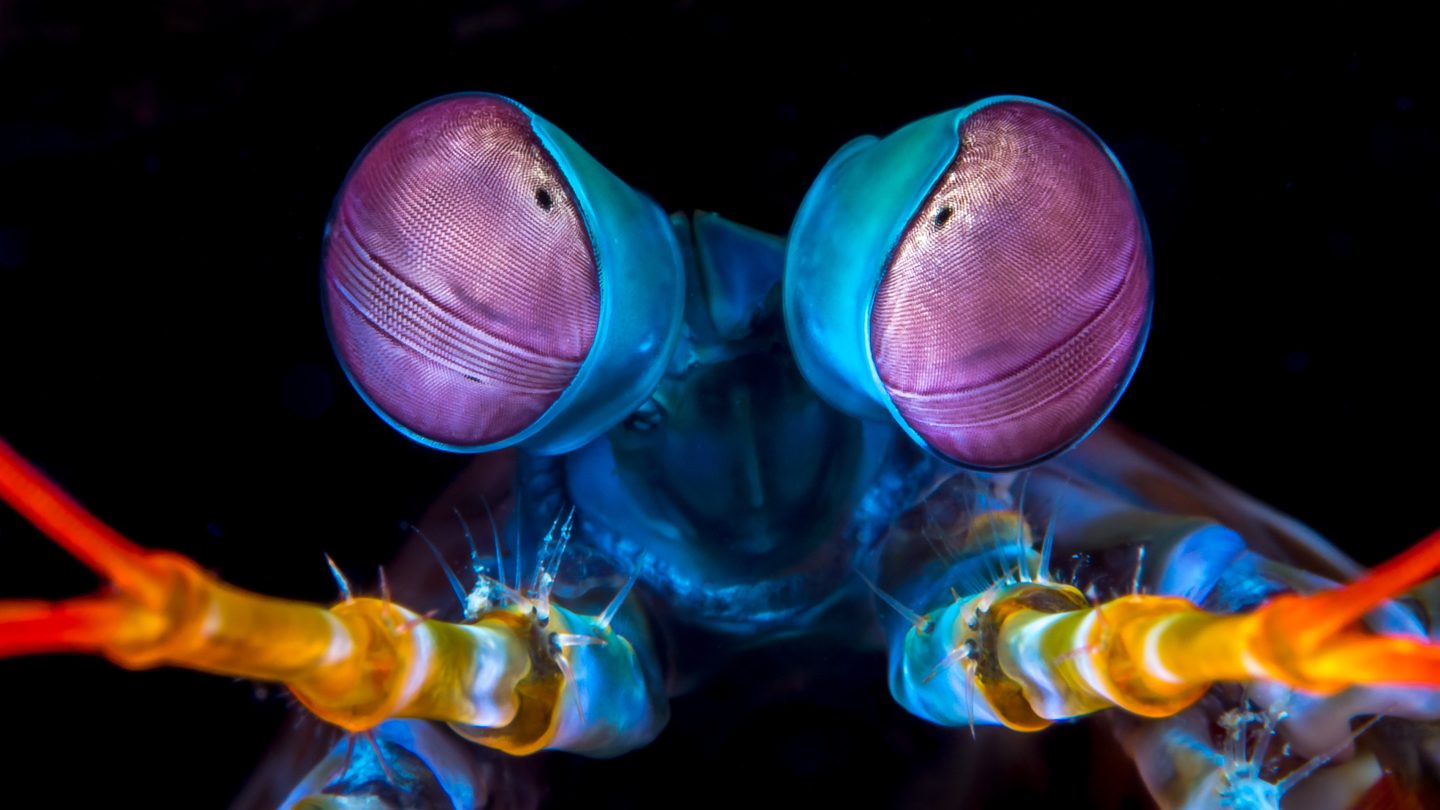 Baby animals are often adorable, but this belies the fact that many are born with some pretty intense survival skills. This is especially true for creatures that don’t nurture their young since newborns have to fend for themselves as soon as they are brought into the world. A new study of the infamous mantis shrimp reveals that for many species, newborn mantis shrimp pack a serious punch within about a week of hatching, though their strength is nothing compared to that of their parents.

The research, which was published in the Journal of Experimental Biology, looked at the larvae of several different species of mantis shrimp and found that many exhibit incredible abilities as little as nine days after hatching. Mantis shrimp are famous for their incredible punching and spearing abilities. Adult mantis shrimp can accelerate their folded appendages so fast that they create an air pocket when they punch. As it turns out, that ability is present in even the youngest mantis shrimp.

Mantis shrimp are capable of their incredible feats of fisticuffs thanks to a spring-like mechanism built into their front legs. The exoskeleton of the shrimp actually deforms, holding stored energy and then releasing it like a rubber band all at once as soon as the shrimp decides it’s time to go hands-on. Because of the transparent nature of especially young mantis shrimp, the researchers were able to study this mechanism in great detail, but it doesn’t answer all of the questions that scientists have about the various species.

In studying the tiny shrimp, the authors of the paper reveal that juvenile mantis shrimp as small as a grain of rice possess the same punching ability as their parents. They may use this in order to subdue tiny prey which they must consume to grow bigger and become a real heavyweight knockout artist. However, the speed at which the baby shrimp punch isn’t anywhere near the power they will eventually have, which is something of a mystery for scientists.

Because the baby shrimp are smaller but use a similar spring mechanism in their legs, you’d think that they might punch even faster, but with less overall force, when compared to the adults. That doesn’t seem to be the case, and the research team offers a few guesses as to why that might be.

“Theoretically, they should be producing the highest acceleration but we don’t find that,” Jacob Harrison of Duke University, lead author of the work, said in a statement. “There are limitations to these spring and latch structures that we don’t fully understand, but whenever biology moves away from theoretical models it highlights some pretty interesting areas for us to learn.”

One possibility is that water resistance is simply too strong to overcome for the smaller shrimp, reducing the speed at which they punch. Another theory is that the shrimp’s spring-actuated punching power is enhanced as it grows due to chances in its exoskeleton or other parts.