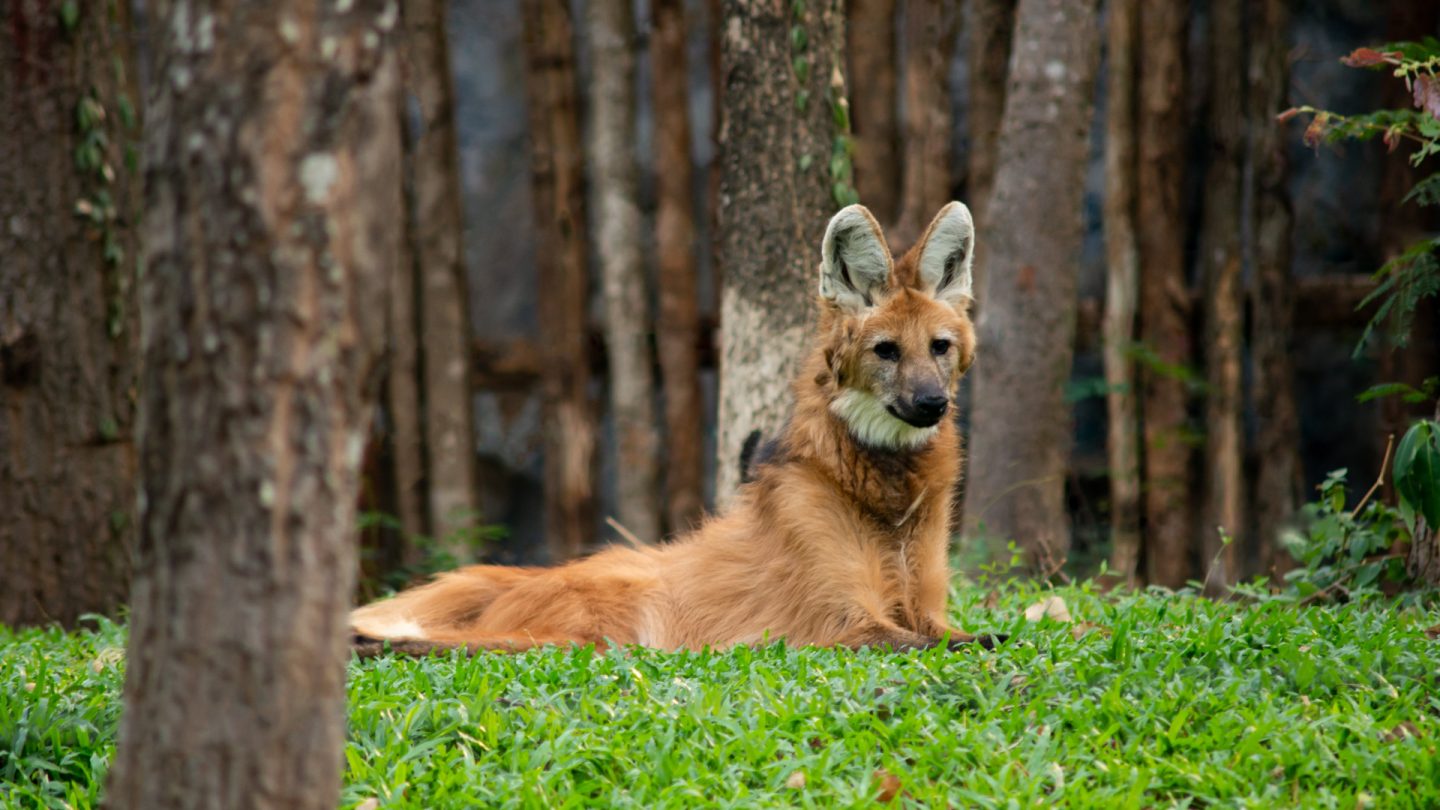 Although it looks like someone mixed up the DNA for a deer and a fox, South America’s native maned wolf is neither. In fact, the animal isn’t even a part of the family that it is named after. Instead, the maned wolf is scientifically known as Chrysocyon brachyurus, a name that suggests it rests in a class of its own.

Now, this unique creature’s existence is being threatened thanks to ongoing urbanization, as well as the use of its body parts in traditional medicine.

Maned wolves can weigh up to almost 70 pounds and sport a thick red coat reminiscent of a traditional fox. Their legs, while long, are black like dirt, and they feature tall ears that stand up on their head. The Smithsonian says these majestic creatures can grow up to three feet long. It creature thrives in savannah-like areas.

We used to find Chrysocyon brachyurus natively in Uraguay. However, urbanization and the use of their body parts in traditional medicine has led them to migrate from their native environment. We most often find them in the northern regions of Brazil now.

The maned wolf is a solitary hunter. While they do eat meat sometimes, the omnivorous creature prefers to dine on vegetables, fruits, and insects. Because it hunts alone, it doesn’t often hunt animals larger than it. Interestingly enough, this animal’s natural enemies are the domestic dog and the puma. Both species have current records for kills.

On the verge of extinction

Because of urbanization and the threats against its natural habitat, the maned wolf was once on the verge of extinction. Even still, this unique creature that spots deer-like and fox-like appearances continues to face threats to its life each and every day.

Motor vehicles are often the cause of death for maned wolves in urbanized areas. And some humans even hunt them. Farmers will also hunt down entire packs of maned wolves over the loss of chickens and other animals. Additionally, their body parts have been said to provide therapeutic benefits, and even good luck.

To help converse this unique species, laws have passed in Brazil, Argentina, and Uruguay. These laws forbid the hunting of the maned wolf. Conservationists are also taking other steps to ensure its survival, especially as urbanization continues to spread in its natural habitat.