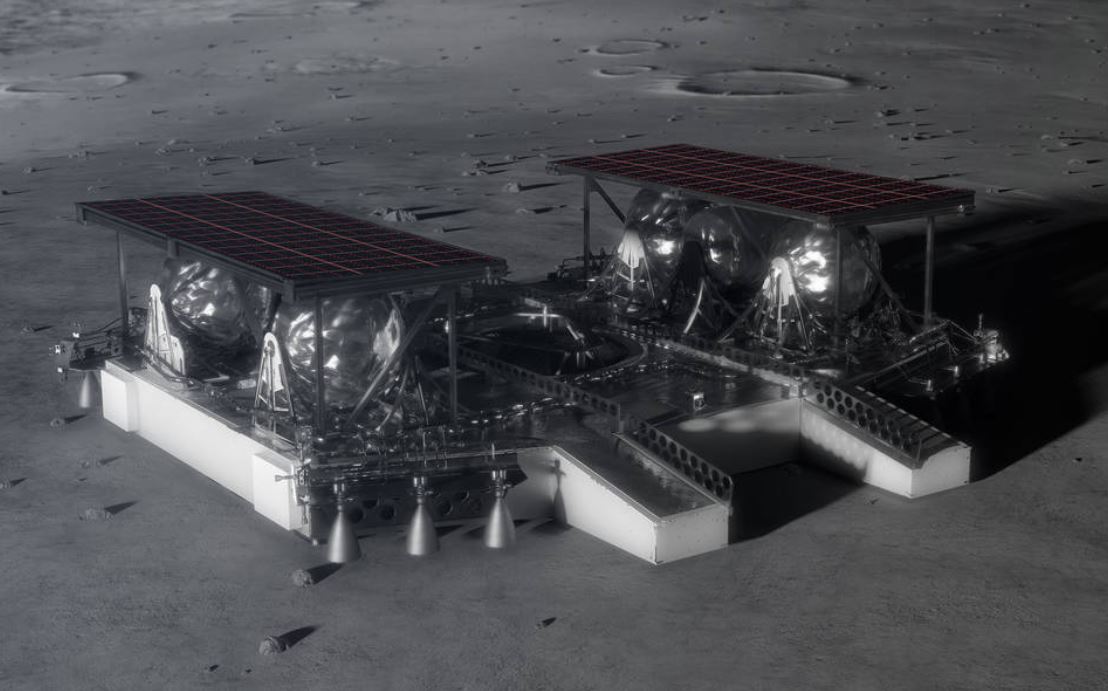 NASA wants to send humans back to the Moon, and it hopes to achieve that goal by 2024. Whether or not such a mission is possible on such an abbreviated timeline remains to be seen, but the space agency is slowly moving forward with its lunar exploration projects and just offered the world a glimpse at what a rover-carrying lunar lander might look like.

Before astronauts make the trip, NASA wants to send multiple unmanned missions to the Moon to return scientific data. NASA hopes that one of those missions will include a lander and a rover, and it’s been hashing out the details of what that might look like.

The image above is a concept illustration for a NASA lunar lander, sans rover. If the mission comes to fruition, it would carry a rover to the Moon and then work toward completing its own scientific objectives, returning data to Earth.

NASA describes the lander as follows:

NASA developed a concept for a mid-sized lander that would deliver a rover to the polar regions of the Moon. This design focuses on demonstrating a highly accurate, large payload lunar landing vehicle. The system-level requirements focus on maximizing the mass delivered to the surface while maintaining landing site accuracy.

Developing all the hardware to send spacecraft to the Moon takes time. Time is, unfortunately, something that NASA doesn’t have a lot of at the moment, and it’s been leaning heavily on commercial partners to expedite the development of various pieces of Moon-faring hardware.

The lander concept we see here may contribute to the design of the lander that eventually makes the trip, but it’s unlikely it will be a 1-to-1 match.

“As robotic lunar landers grow to accommodate larger payloads, simple but high-performing landers with a contiguous payload volume will be needed,” Logan Kennedy of NASA’s Marshall Space Flight Center explains. “This concept was developed by a diverse team of people over many years and meets that need. We hope that other lander designers can benefit from our work.”