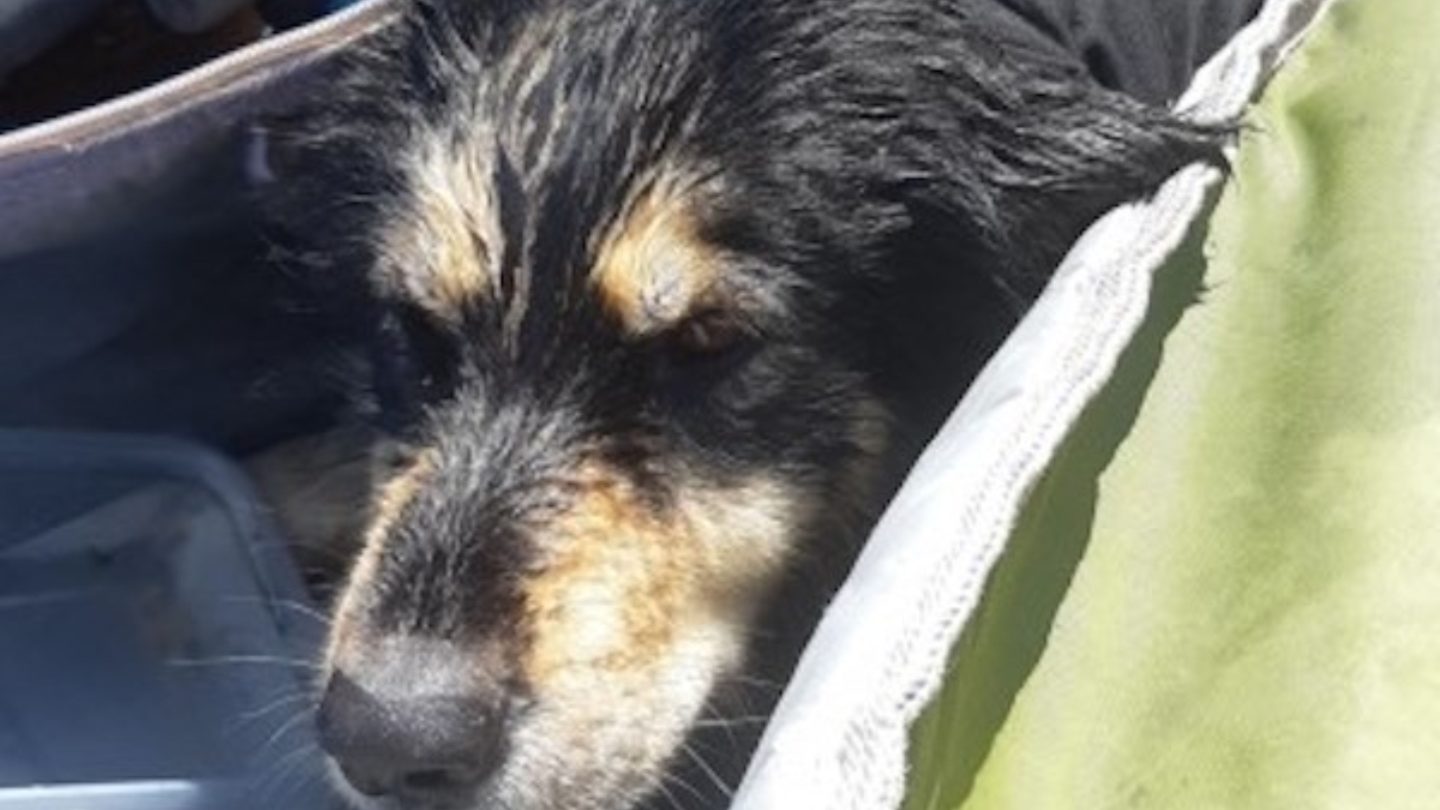 A missing pet can be a seriously traumatic experience. Pets can feel like just as much a part of your family as your two-legged relatives, and when a family in Canada lost their dog Stella on a nature trail three months ago, they had lost all hope of ever seeing their four-legged friend again.

That all changed earlier this month when a pair of surfers on Vancouver Island spotted what appeared to be an animal hiding out in a cave near the shore. When they approached they discovered it was a very scared dog. With a storm rapidly approaching, the pair managed to grab the frightened pooch and secure her in their small boat.

In an interview with CTV, Regan says the pair saw “tan legs” walking around inside the remote sea cave. They “immediately decided it was in major distress” and decided to try to recover the animal. The process of getting Stella into the boat was apparently not easy, and the malnourish and frightened dog initially lashed out at her rescuers before eventually allowing herself to be placed on a surfboard while Johnson paddled himself and the pup out to the waiting boat.

The two friends, Matty Johnson and Zach Regan, wrapped Stella up to keep her warm while they sped home. They got Stella back on dry land and were luckily able to find her owners with the help of a local news report that was seen by friends of the family that lost her. Needless to say, the family was shocked that Stella was still alive, and elated that she was found.

“When the owners, long since consigned to the death of their dog, got word she was safe,” they were incredibly happy, Johnson told GNN. The family had lost all hope of finding Stella, but the rugged pooch was somehow able to sustain herself for a long time on her own.

Three months is a very, very long time for a domesticated animal to be left in the wild. It’s unclear exactly how Stella managed to survive, where she found food, or if anyone had helped her out along the way, but the good news is that she’s now safe at home and will hopefully not be going on any more impromptu months-long adventures on her own. When reached for comment, Stella only responded to pets and belly rubs.