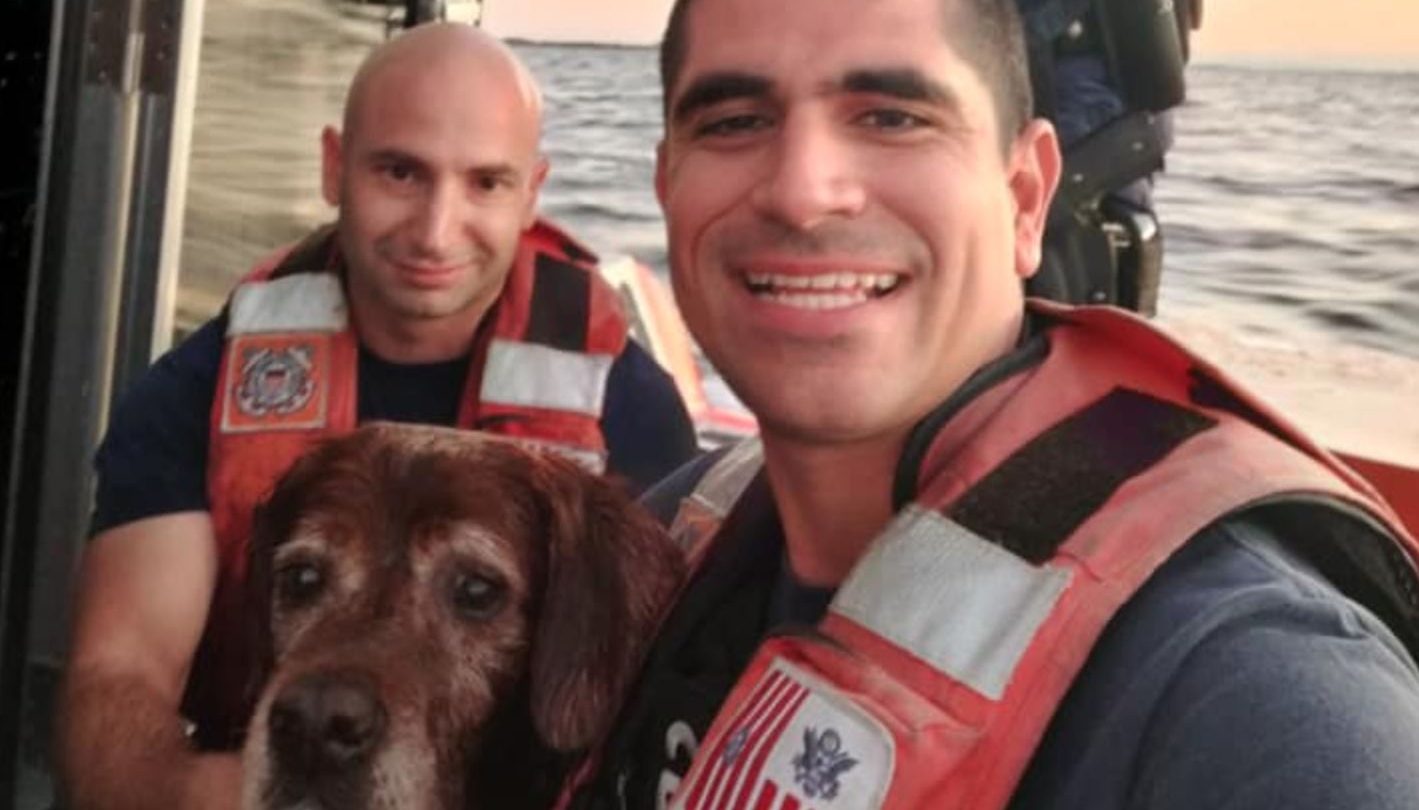 As we inch toward winter and cooler temperatures spread across the United States, one ambitious pup decided to head south. In fact, she decided to head even farther south than Florida, and attempted an exodus through the Gulf of Mexico. She did not succeed. She is still a very good dog.

According a local news report from WHDH, a US Coast Guard boat was just getting ready for a night of patrolling when someone called in to report a dog far offshore. The crew sprang into action and found the pup swimming in the Gulf of Mexico off of Fort Meyers Beach.

Recovering the dog proved to be a little bit more complicated than they thought, and at first, the pooch apparently wanted nothing to do with the boat. In a video shot by the Coast Guard you can see the determined doggo paddling along with little regard for the people trying to pull her to safety.

Eventually, the pup relented, swimming over to one of the Coast Guard rescuers who was able to pull her onto the boat safely. She was a bit tired from her attempted escape but otherwise unharmed. The Coast Guard says she was quickly reunited with her owner once they brought her back to shore, and is apparently doing just fine.

Dogs are incredible creatures in many ways, but long-distance swimming isn’t exactly a strong suit. There was a very real risk of exhaustion leading to drowning, especially since the pup was found so far off-shore. The Coast Guard likely saved her life. Now let’s all just keep our fingers crossed that she doesn’t try it again.