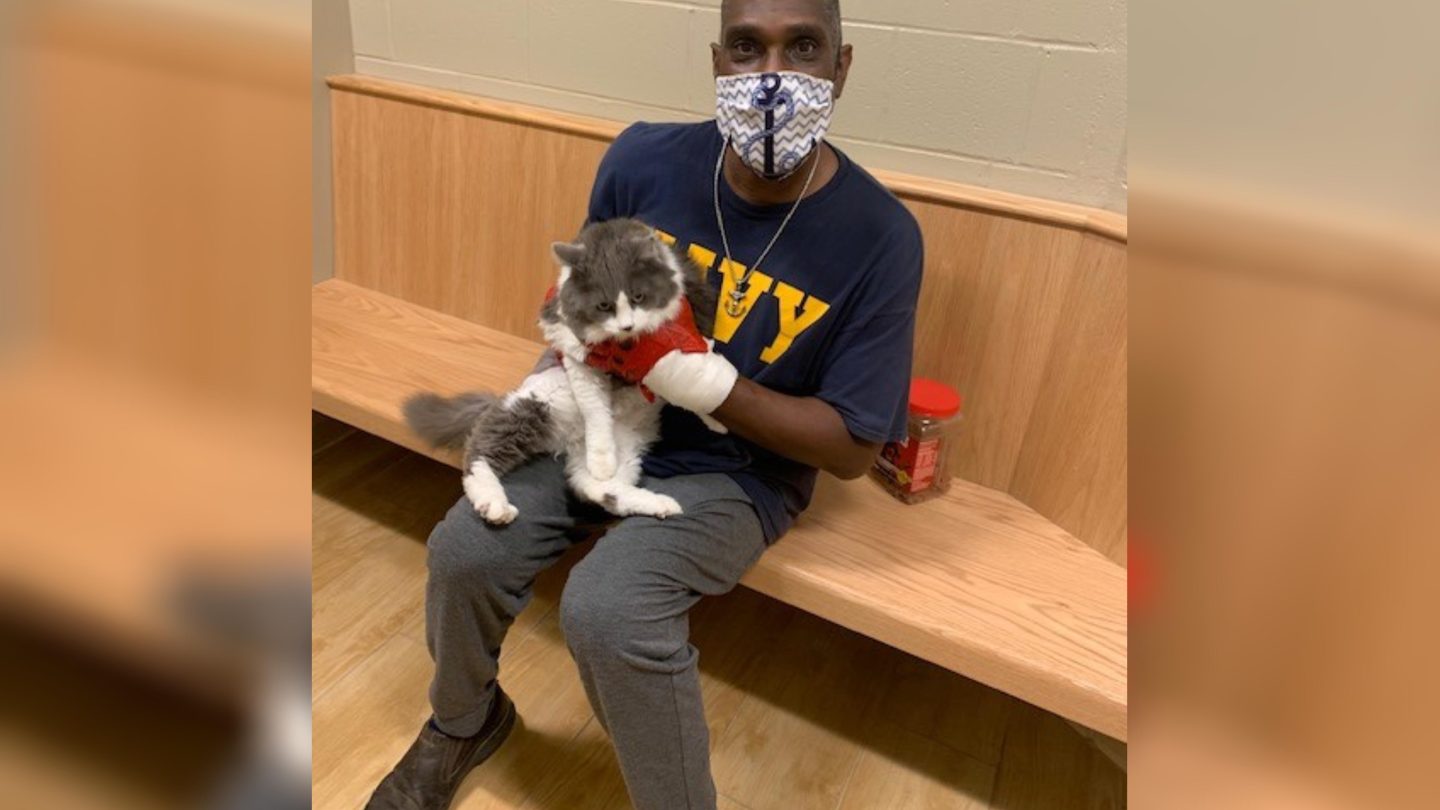 Well here’s a tiny ray of sunshine in an otherwise dreary flood of news: A man who lost his beloved cat has been reunited with his furry friend after going to get a new, different cat. A man named Theron who visited the Bangor Humane Society late last week had luck on his side, though he didn’t know it when he walked in the door.

Theron was looking for a new pet. His previous cat, Cutie Pie, had gone missing. After waiting a week for him to wander back home or be found by a neighbor, Theron decided he needed to move on and sought out to find a new four-legged companion. As he browsed the cats at the humane society he saw something he didn’t expect: Cutie Pie.

Theron was obviously incredibly excited to see his lost kitty there waiting for him, and he showed off photos on his phone of the cat to prove to the shelter staff that the cat was indeed his.

“Theron came into our shelter today looking for a cat to heal his heart after his kitty, Cutie Pie, disappeared about a week ago,” the human society writes in a Facebook post. “As he perused the kennels, he stopped to examine one of our friends a little more closely and when the cat turned to face him, Theron erupted with joy. THIS WAS HIS CUTIE PIE!!”

Cutie Pie was apparently also quite happy to see his caretaker, with the humane society writing that they’ve “honestly never seen a cat so eager to be in a cat carrier! He was SO ready to go home!”

“This is the good stuff,” the post continues. “We want to reunite as many animals as possible with their owners, and it’s an honor to keep them safe until that can happen.”

It’s a cheerful end to what must have been a pretty rough week for both Theron and Cutie Pie, but now that they’re reunited it might be worth it for Theron to invest in a microchip or ID collar. Those tend to make reunions like this a lot more frequent, not to mention faster.

If you find yourself in a tough spot like Theron did, calling around to local animal shelters and rescues is usually a good idea. There are a lot of good people in this world, and lost animals frequently end up at shelters after they’re found and an owner can’t be identified.