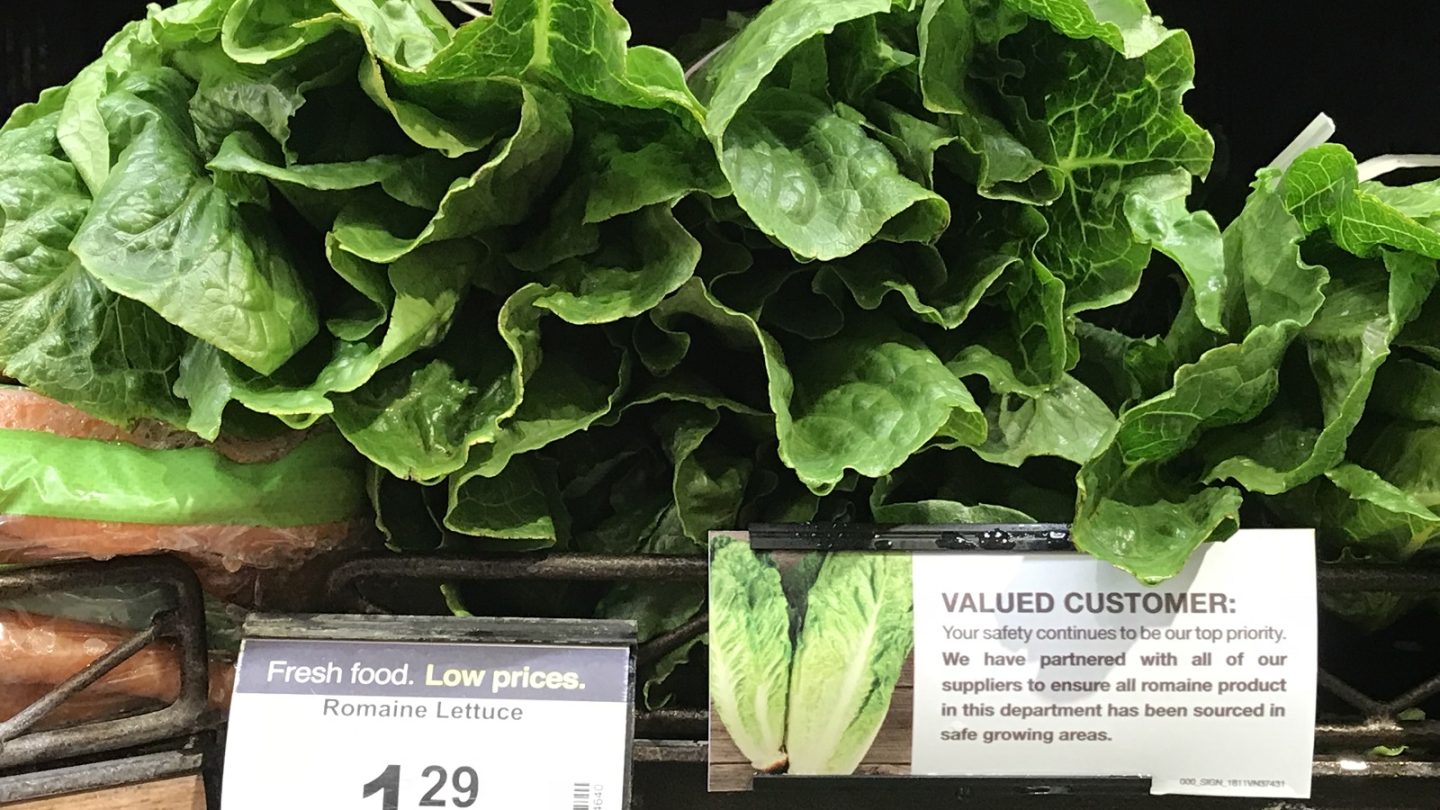 Hey, remember back exactly one year ago when the CDC begged everyone to throw away romaine lettuce because it was making people sick? Well wouldn’t you know it, it’s happening again! Over two dozen people have already been hospitalized with severe E. coli infections across 16 states, and the CDC is once again sounding the alarm.

The romaine lettuce in question is from the Salinas Valley, California, growing region. Stickers or stamped text on packaging will tell you where the product originated, so if you’ve purchased lettuce that originated in Salinas Valley you should avoid eating it.

In a bulletin, the CDC notes that a total of 40 people have fallen sick with a specific strain of E. coli linked to lettuce from Salinas Valley, and that 28 of those people had to be hospitalized. The states where cases have already sprung up are Arizona, California, Colorado, Idaho, Illinois, Maryland, Michigan, Minnesota, Montana, New Jersey, New Mexico, Ohio, Pennsylvania, Virginia, Washington, and Wisconsin.

Wisconsin alone accounts for 10 of the 40 cases, but produce is often sold and redistributed in many forms, so you should be on the lookout for potentially tainted lettuce wherever you live. The CDC says that if you see a romaine lettuce product on store shelves that isn’t labeled with its growing region, avoid it entirely.

FDA and states are tracing the source of the romaine lettuce eaten by ill people. Preliminary information indicates that some of the ill people ate lettuce grown in Salinas, California. No common grower, supplier, distributor, or brand of romaine lettuce has been identified.

The one tiny spot of good news in all of this is that no deaths have been reported as a result of the outbreak, yet. That could change, of course, and the lettuce E. coli outbreak from late 2018 ultimately spread to 36 states and claimed five lives.