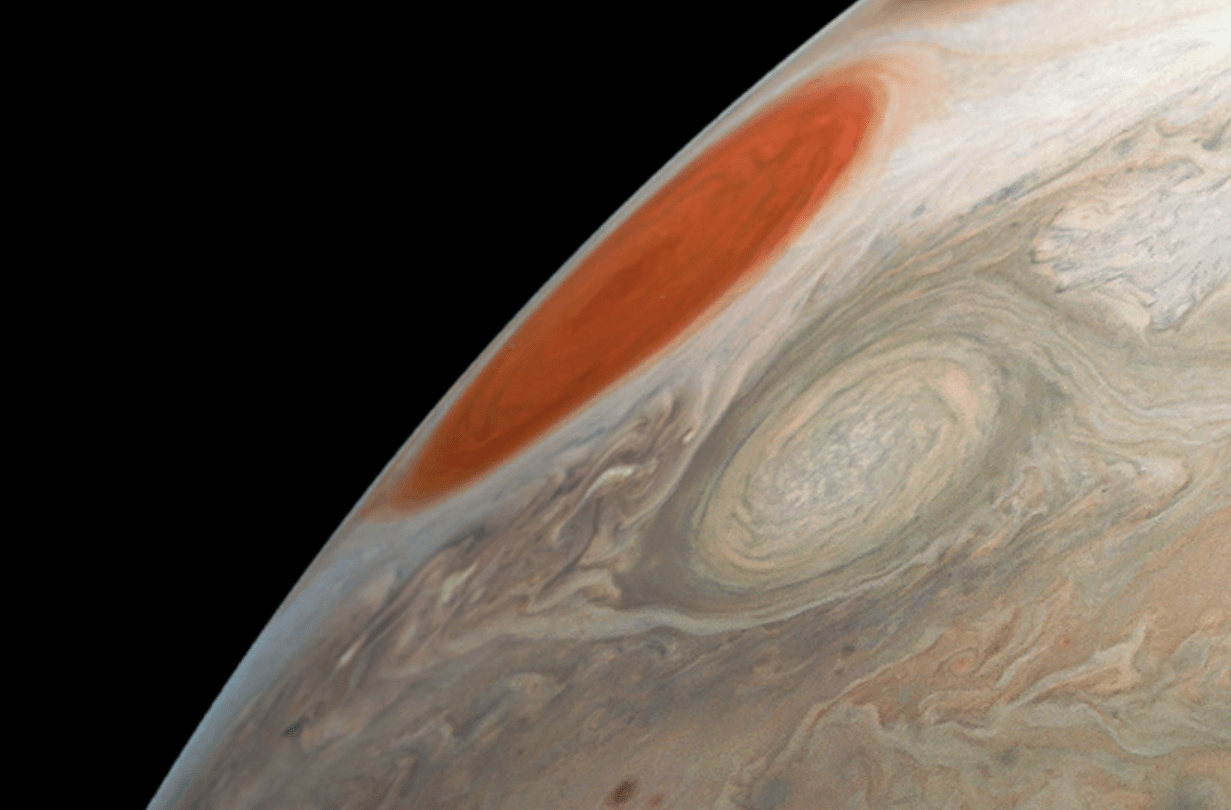 Jupiter, the mighty “king” of planets, is one of the most interesting objects in our Solar System, and not just because it’s really really big. The gas giant is covered in a swirling mass of clouds and storms that put any weather patterns on Earth to shame, and scientists would love to learn more about them.

NASA’s Juno orbiter has been hanging around Jupiter for some time now, and it regularly checks in on many of Jupiter’s colossal vortexes. Lately, a relatively new storm has caught the eye of scientists and Juno alike, and NASA just revealed an animated “movie” that shows its raging clouds.

This is Oval BA. It’s what resulted from a trio of smaller storms that collided on Jupiter roughly 19 years ago, creating a storm much larger than the sum of its parts. It originally sported a bold orange ring around its outer edge which has since faded to an off-white, but the storm is still just as interesting as it’s ever been.

The animated image you see here is produced using nine separate snapshots that were shot by Juno on December 21st of 2018. NASA provides more details:

At the time the images were taken, the spacecraft was between approximately 15,400 miles (24,800 kilometers) and 60,700 miles (97,700 kilometers) from the planet’s cloud tops above southern latitudes spanning about 36 to 74 degrees.

It’s a rather brief look at the motion of the storm but it’s better than nothing. The massive storm is located not far from the iconic Great Red Spot, which is visible in the image in the upper left. The Great Red Spot is known for being the largest storm on Jupiter, but it has been shrinking in recent years and astronomers believe we might witness the total disappearance of the storm within our lifetimes.

If that comes to pass, we might look to Oval BA as its heir, and scientists are closely watching its progress.