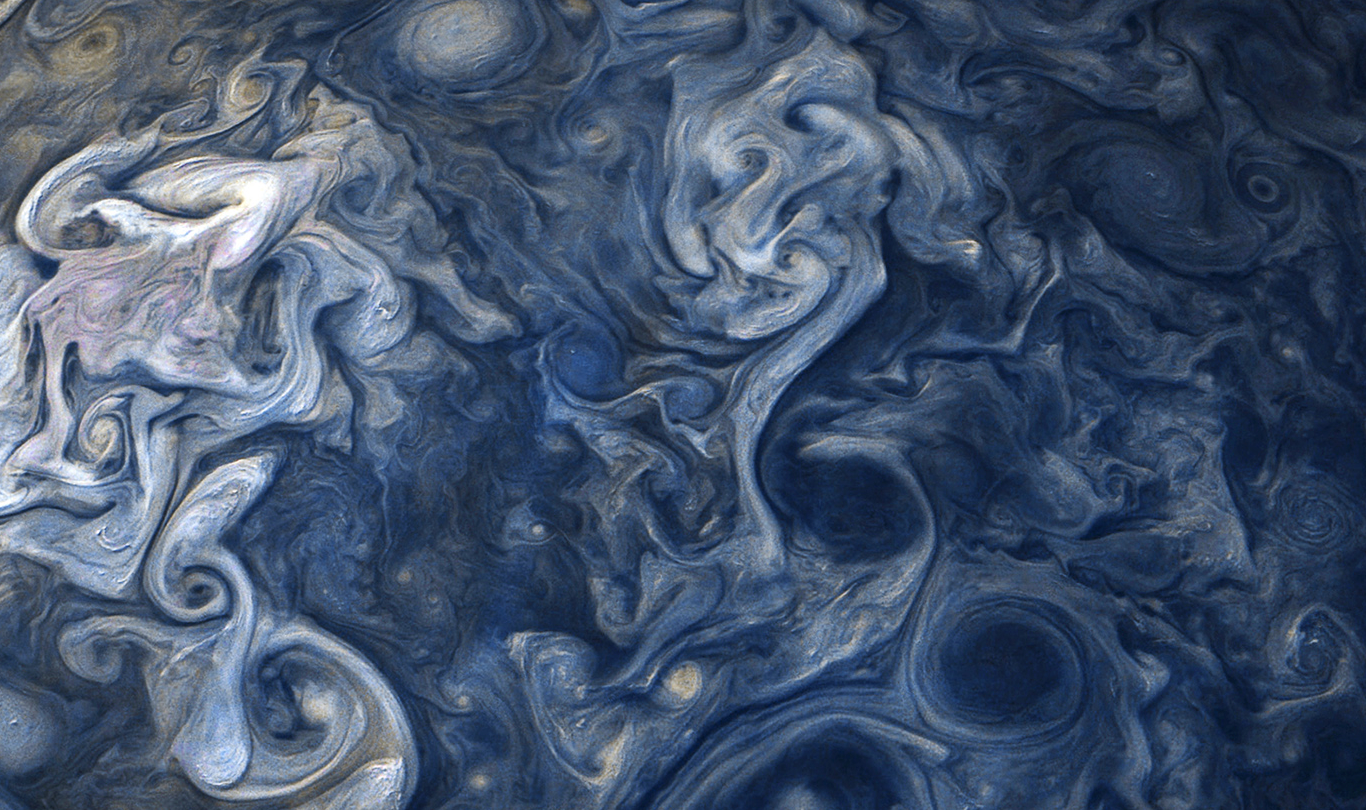 To say that 2017 has been weird would be a huge understatement. It’s been a year packed with political unrest, tech gaffes and security breaches, but through it all we’ve been able to rely on NASA to provide some distraction — and, dare I say, relief — with new discoveries from around our Solar System and beyond. The year might be just about over, but the US space agency isn’t done amazing us, and an absolutely incredible new photo taken by the Juno spacecraft should lift your spirits, if only for a moment.

The image, taken by Juno of the swirling, twisted cloud tops of Jupiter, is a seriously awesome sight. Taken at a height of nearly 12,000 miles above the planet’s iconic storms, the photo is a reminder that we don’t even have to leave the Solar System to see some truly awe-inspiring wonders of nature.

“Because of the Juno-Jupiter-Sun angle when the spacecraft captured this image, the higher-altitude clouds can be seen casting shadows on their surroundings,” NASA explains on its website. “The behavior is most easily observable in the whitest regions in the image, but also in a few isolated spots in both the bottom and right areas of the image.”

The photo was taken back on October 24th, and was provided to the public via NASA’s JunoCam image hosting site. It was further processed by citizen scientists who enhanced some of the smaller details, and the result is a view of Jupiter’s twisting towers of clouds that you can stare at for an hour and not get bored.

As you can see in the full-resolution image (available here) the massive clouds look like blue milk swirling in a cup of coffee, obscuring whatever lies below. Jupiter’s weather has always been an incredibly interesting scientific topic. The planet’s Great Red Spot is a colossal storm that has been raging on the planet for at least 350 years, and likely much longer. The storm is so large that you could put three Earths inside of it.