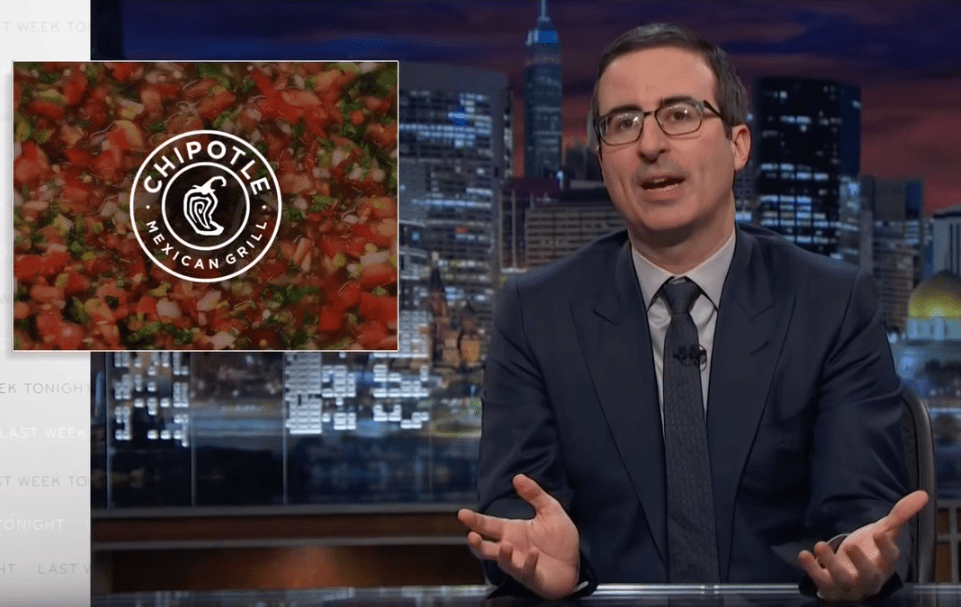 To say the past several months have been bad for Chipotle’s reputation would be an understatement, as the popular fast food chain has been hit with assorted outbreaks of norovirus, salmonella and E. coli. The restaurant closed down all of its locations for several hours earlier this month to train employees on proper food safety procedures, a move that left HBO’s John Oliver gobsmacked that any of us still eat there.

FROM EARLIER: Kanye’s West ‘The Life of Pablo’ is available for free right now

On Sunday’s episode of Last Week Tonight, Oliver trashed Chipotle’s food safety record and said that its decision to shut down its stores for half a day was “the best day for Subway since Jared went to prison.” He also pointed out that some of Chipotle’s problems may take a long time to fix, as food safety inspectors who visited a Chipotle franchise in Florida learned that it had a wild bird living inside it for an extended period of time. In fact, the bird was such a nuisance that it somehow returned to the restaurant the day after animal control officers removed it from the area.

Oliver then played a bunch of customer reactions to this news and they all said they would keep going back to Chipotle despite the fact that it could be dangerous to their health.

“They know it’s bad and they want it even more,” he jokes. “Chipotle is officially America’s emotionally abusive boyfriend.”

Check out the whole clip below.