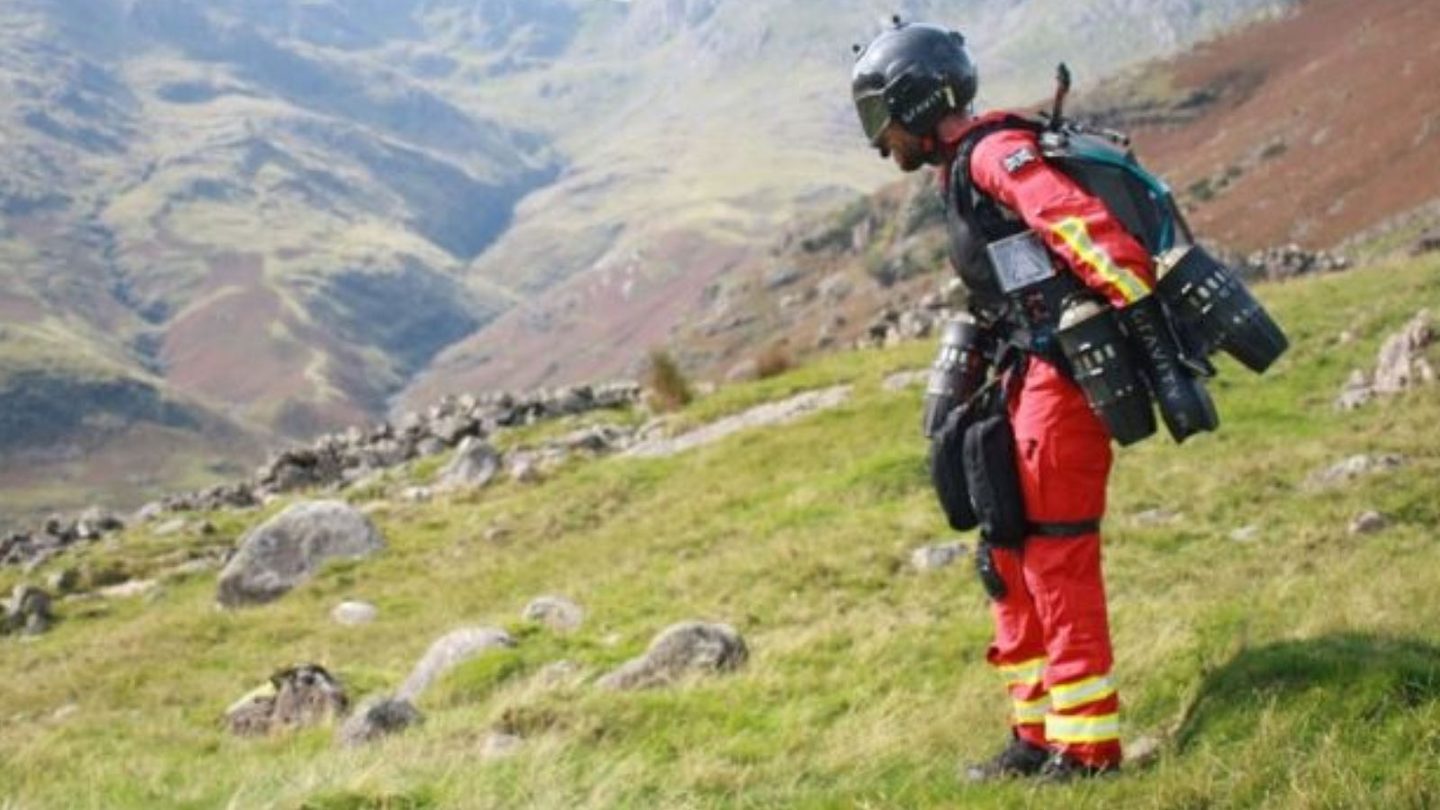 In the realm of science fiction, jetpacks are commonplace. They’re small, easy to control, and seemingly incredibly safe. In the real world, things aren’t quite as simple, and while jetpacks do exist in a variety of forms, they’ve been used mainly for recreation. That could change, as trials in England have proven that strapping personal flight gear to an EMT could save lives in remote regions.

In the experimental test flight, a jetpack pilot was tasked with scaling a very large incline. It could take a person on foot up to a half-hour to reach the top, but with a jetpack to aid him, the pilot showed that the response time could be cut down to as short as 90 seconds.

The jetpack being used in this case is quite sophisticated, and the pilot can control their ascent and descent as well as their overall position in the air with the help of arm-mounted engines. There are two engines on each arm and a fifth engine is mounted to the person’s back, like a traditional jetpack.

The wearable wouldn’t be perfect for every situation, but in Lake District where it was tested, giving medics the ability to scale large inclines rapidly could save a life for someone in serious trouble.

“The biggest advantage is its speed,” Andy Mawson of the Great North Air Ambulance Service said in a statement. “If the idea takes off, the flying paramedic will be armed with a medical kit, with strong pain relief for walkers who may have suffered fractures, and a defibrillator for those who may have suffered a heart attack. In a jet pack, what might have taken up to an hour to reach the patient may only take a few minutes, and that could mean the difference between life and death.”

These early tests don’t necessarily mean that jetpacks will be the wave of the future for rescuers, but they certainly do look promising. Obviously, piloting a jetpack requires a good bit of training, which would mean that emergency personnel would need to be highly skilled at flying them before they could be used in real-world scenarios.

One of the big limitations of the jetpacks, especially when used in remote areas, is that transporting a person once they are reached would be essentially out of the question. You can’t carry a person out of a dangerous situation with a jetpack. However, you would be able to reach them much faster than you could on foot, so it’s a trade-off that may be worth making.