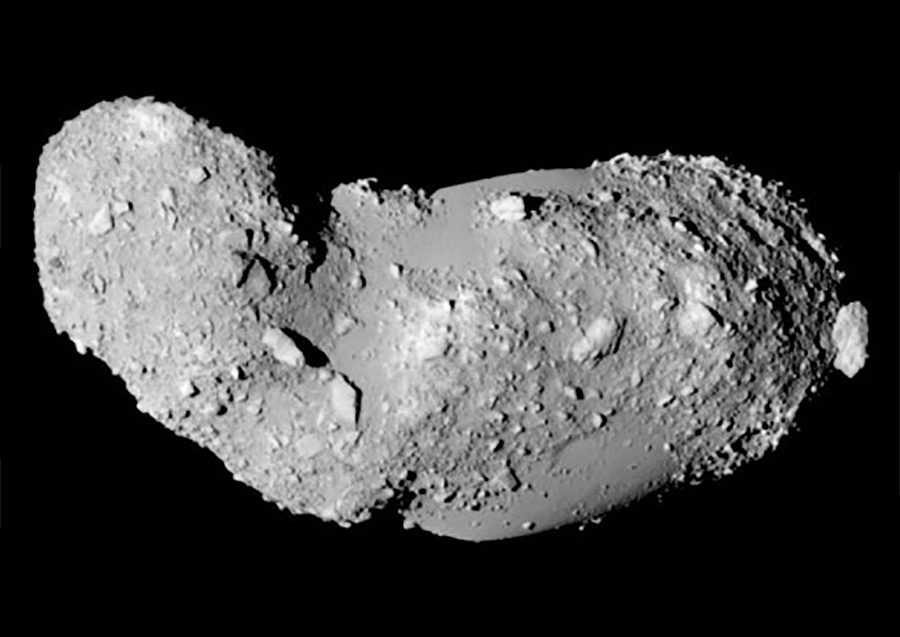 Nothing would excite astronomers more than to discover a planet somewhere out there with obvious signs of life, but it just hasn’t happened yet. Earth, we think, is pretty special in its ability to foster life, and as far as we know there’s a few things that are vital for life to exist, one of the big ones being liquid water.

Japan sent its Hayabusa probe to the asteroid known as Itokawa way back in 2003 and some seven years later it returned to Earth’s surface with a sample of the space rock stowed away inside. Those samples have been the subject of much interested in the scientific community, and now a new research paper reveals that the tiny specks of material contain something that could tell us a lot about our own planet: water.

We’ll never know with total certainty where Earth got its vast supply of water, but there’s no shortage of theories. One such guess is that Earth benefited from asteroid bombardment in its formative years and that those asteroids happened to contain water ice.

It would obviously have taken an incredible number of such impacts from countless objects to deliver enough water to Earth to form its oceans, but it’s one of the best guesses we have as to why we now live on a watery world. It makes sense, but scientists hunger for supporting evidence, and it appears Itokawa has offered it.

The paper, which was published in Science Advances, reveals that grains of pyroxene containing up to 988 parts per million of water were found within the small samples gathered from Itokawa. Despite the space rock’s dry, dusty appearance, it does seem to carry water.

“Asteroids like Itokawa that formed interior to the snow line could therefore have been a potential source of water (up to 0.5 Earth’s oceans) during the formation of Earth and other terrestrial planets,” the researchers suggest.

This is far from a definitive ruling on the topic of Earth’s water, but it’s an important step towards explaining how some planets get their water, and one very crucial building block of life as we know it.