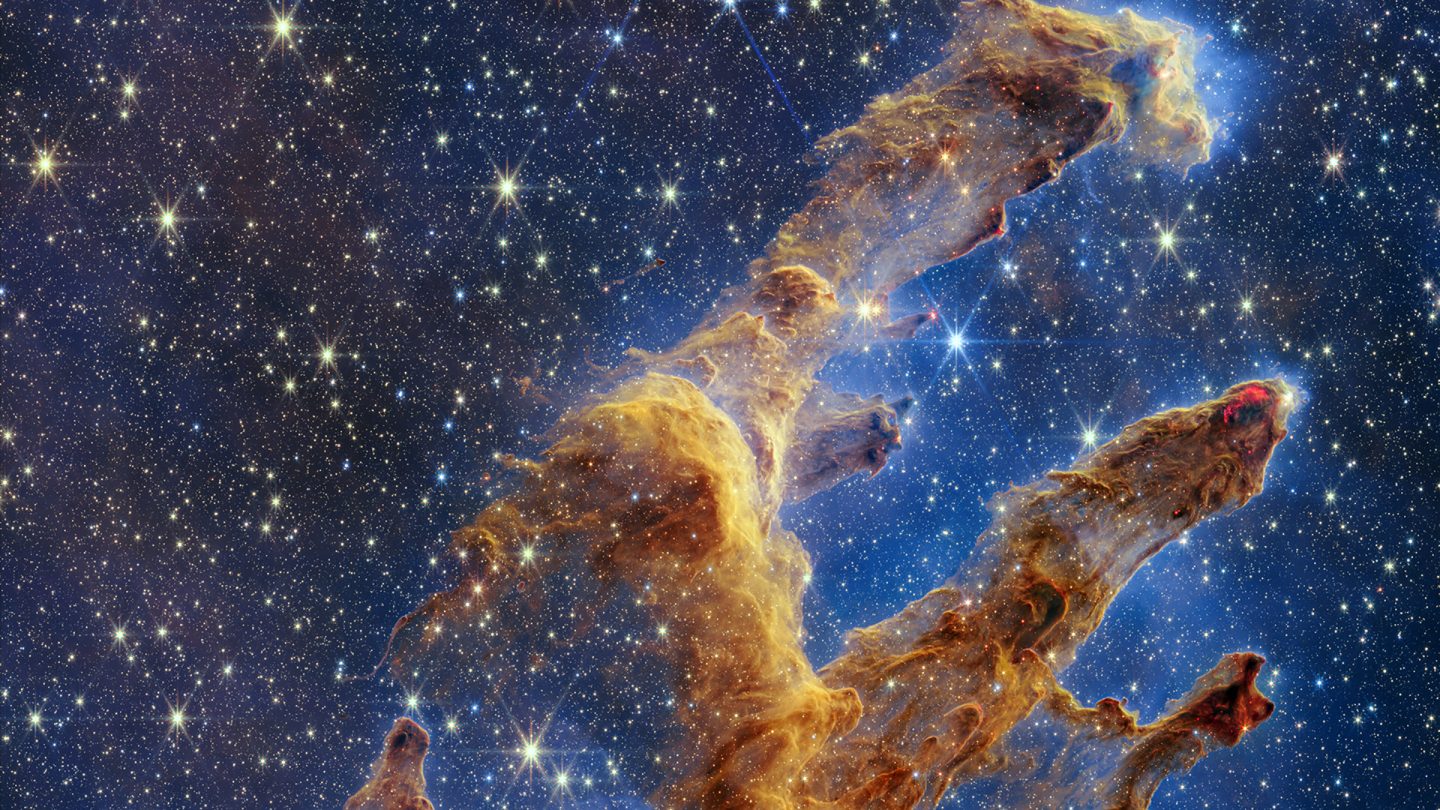 James Webb has finally captured an image of the Pillars of Creation, one of astronomy’s most iconic targets. The Pillars, which were given their name because of their sheer magnitude, is an arm of the Eagle Nebula. That particular arm juts out from the nebula as long tendrils of gas and dust that almost look like cosmic fingers reaching into the unknown.

The resulting image is absolutely spectacular, showing stars and galaxies beyond the pillars that are visible through the clouds of dust and gas that make up the pillars. It’s by far one of the most iconic shots we’ve seen from James Webb so far, and this new image of the Pillars of Creation would have fit perfectly with Webb’s first images, too.

Further beyond the stars seen through the pillars themselves, we can also see a ton of small red stars along the edges of the Pillars of Creation. The Webb Team says that these red dots are baby stars, only a few hundred thousand years old and that the red streaks seen within the clouds themselves are ejections from the formation of new stars.

Comparing the newest James Webb image of the Pillars of Creation to an image taken by Hubble back in 1995 is also a great way to see how far our imaging technology has come. Hubble, which has been in orbit for over 35 years now, produced a magnificent image, but it’s nothing compared to the detail we can capture using James Webb’s infrared instruments.

This isn’t the first time Webb has given us a deeper look at some of Hubble’s previous targets, either. Webb’s image of the Orion Nebula produced more detail and depth than Hubble could, so it isn’t surprising to see similar results here.