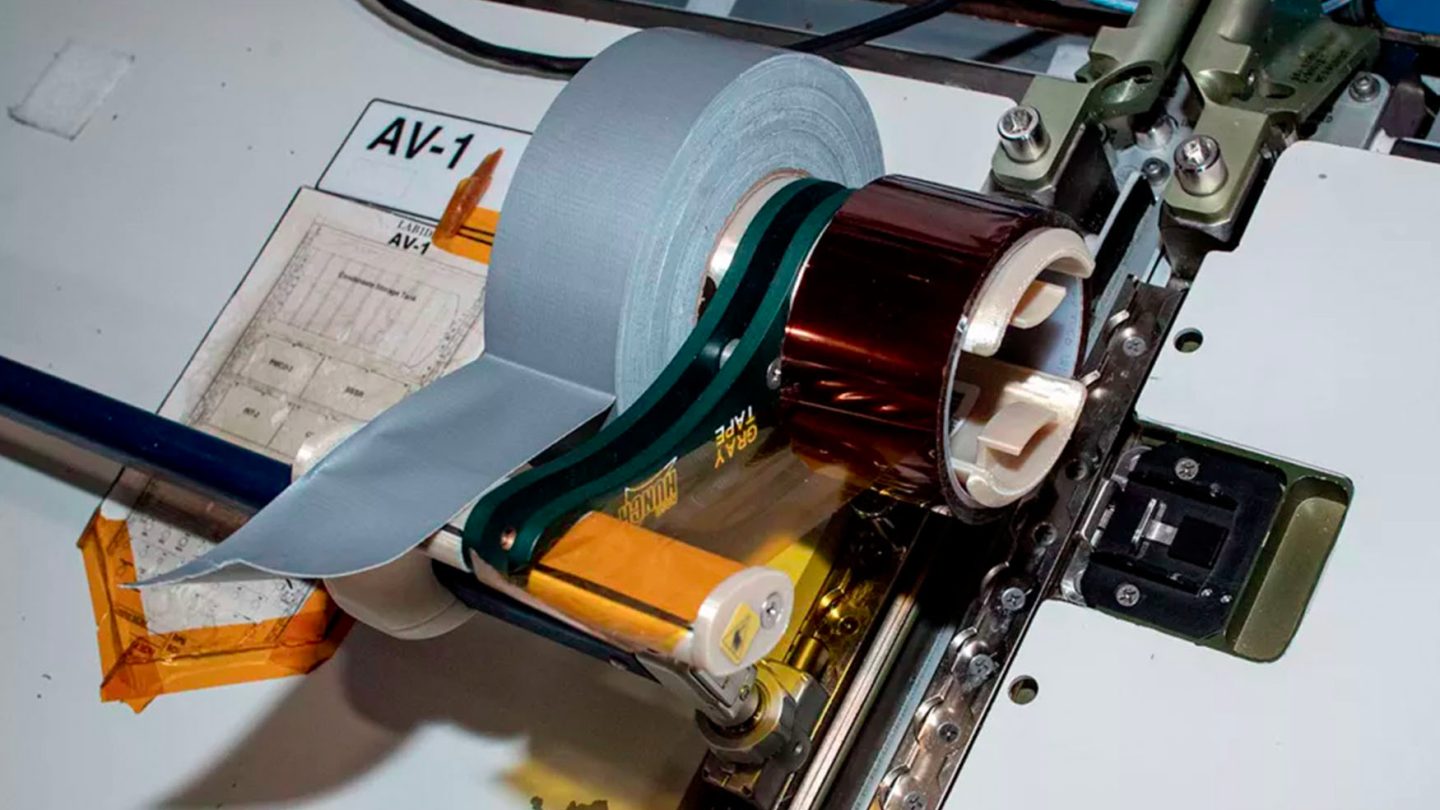 The International Space Station is a high-tech machine with lots of very expensive, very sensitive instruments both inside and out. With so much money invested and so much science riding on the efficient functioning of the orbiting laboratory, you might be surprised to learn that duct tape is one of the most important tools at an astronaut’s disposal. You can find tape all over the ISS, and astronauts use it to hold things in place in the microgravity environment of the lab, perform quick fixes, and even plug a leak in an emergency.

Despite the ubiquitous nature of duct tape and its many uses, astronauts have had to improvise when it comes to removing it from the roll. Duct tape dispensers sold commercially don’t mesh well with the space station’s walls, which is where they store many of their oft-used tools. Instead, they have to stick it random places and go searching for it whenever they need it. That is, until a group of high school students solved the problem for them.

As Space.com reports, NASA’s love affair with duct tape goes back decades. The adhesive was famously used to help construct the DIY carbon dioxide filter adapter during the Apollo 13 mission after levels in the cabin began to reach dangerous levels. It’s not usually needed for such critical jobs, but it’s never far out of reach on the International Space Station.

The new duct tape dispenser that is currently in use aboard the ISS was built by students participating in the HUNCH program. HUNCH, which stands for “High School Students United with NASA to Create Hardware,” has been a huge source of inspiration for NASA, and the space agency has tested hundreds of items conceptualized by students from all over the United States. The tape dispenser alone was the product of a collaboration between six different high schools, all contributing to the design until it was just right.

“This tape dispenser I think is going to find a lot of use here on the International Space Station,” NASA astronaut Mike Hopkins explains in a video showing off how the dispenser works. “One of the key things I like about it is you can basically operate it with one hand. Up here, you oftentimes are using your other hand to stabilize yourself.”

You can see in the video that the dispenser mounts easily to the wall and allows for multiple layers of tape to be maintained at one time. It looks incredibly handy, especially for someone that is floating around in microgravity.

This is the kind of problem that NASA wouldn’t be able to spend time and money to solve — it tries to save its funds for the ridiculous costs of launching missions and building spacecraft and rovers — but HUNCH students managed to take care of it for them. Well done!