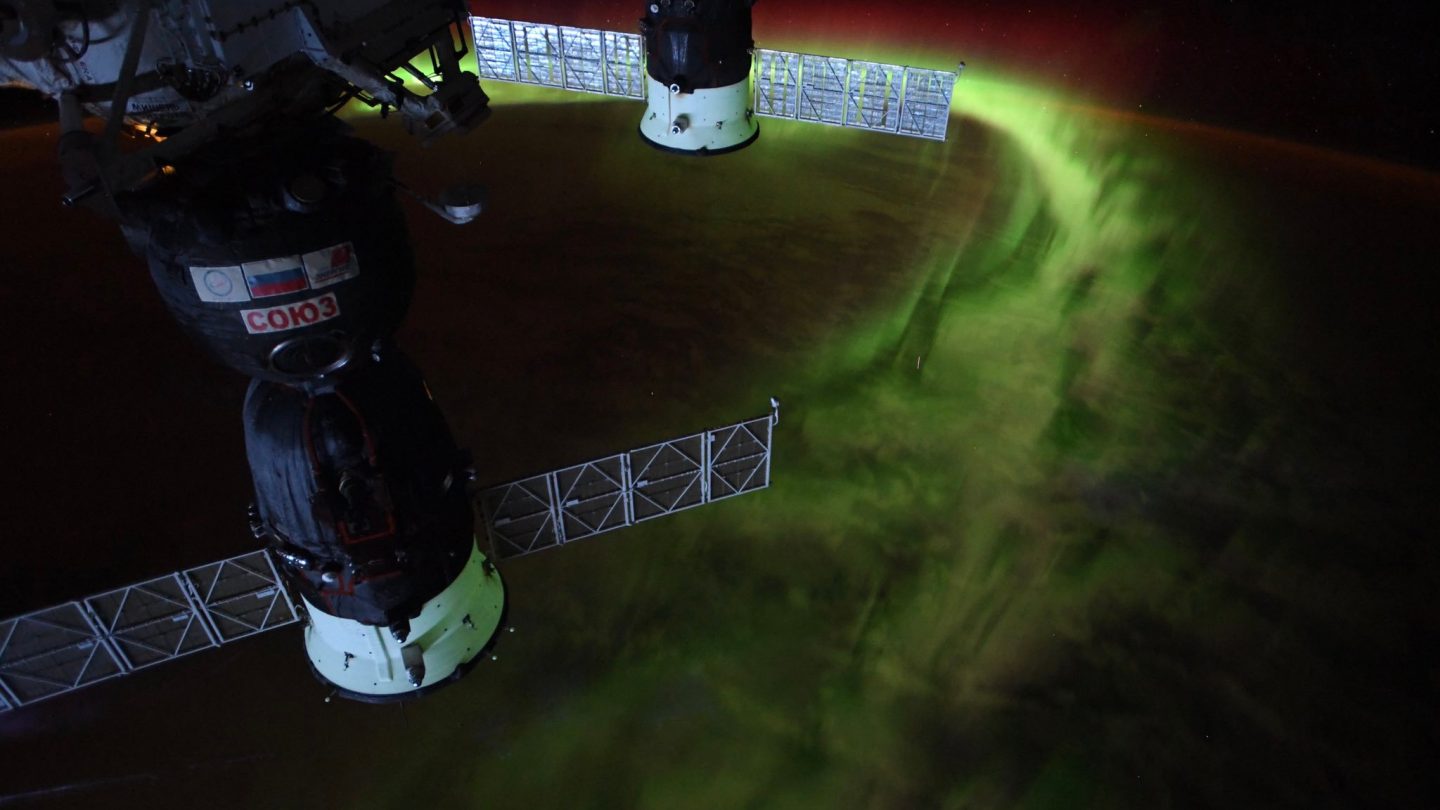 Being chosen to be part of a crew aboard the International Space Station is an incredible honor, and while heading to the orbiting laboratory means you have a busy few months ahead of you, living in space is something that only a tiny fraction of mankind will ever experience. It also apparently provides you with some very interesting photo opportunities.

Current ISS resident and NASA astronaut Christina Koch has been aboard the space station since mid-March, and she’s already participated in her first spacewalk. Everyone on the space station is kept quite busy with scientific research and spacecraft maintenance, but Koch found some time recently to capture an absolutely stunning image of an aurora as seen from high above.

Years ago at the South Pole, I looked up to the aurora for inspiration through the 6-month winter night. Now I know they’re just as awe inspiring from above. #nofilter pic.twitter.com/7a09Q4RMW6

Auroras, which are often called “northern lights” or “southern lights” depending on which pole you live near, are natural phenomena that have been lighting up Earth’s skies since long before humans were here to enjoy them.

They’re caused by charged particles blasted into space by the Sun. When large amounts of these particles reach the Earth in the form of solar wind, our planet’s magnetic field reacts, and the disturbance causes parts of the atmosphere to become excited and emit light.

Being able to see this action playing out from above is one of the perks of being sent to the International Space Station. The ISS orbits Earth at an incredibly brisk pace of around five miles per second, meaning that ISS astronauts complete a full trip around our planet every hour-and-a-half or so. So, while the aurora may be breathtaking in Koch’s photo, ISS passengers only ever get a fleeting glimpse of such sights before the space station speedily moves on.