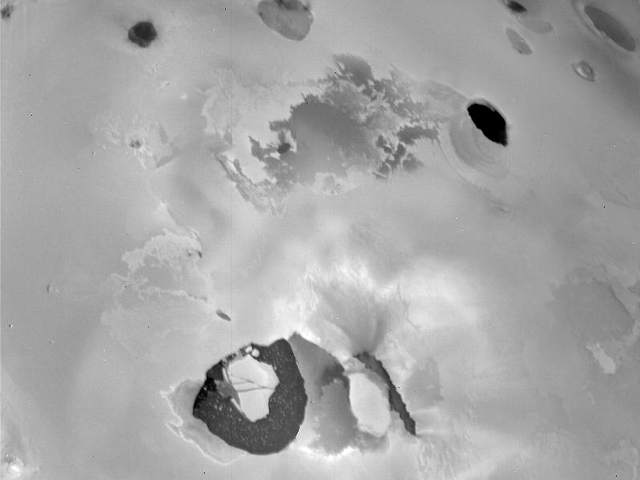 Volcanic eruptions happen regularly here on Earth, and for the most part, we’ve learned to deal with them. But volcanism isn’t something that’s unique to Earth, and scientists know that volcanos on other planets in our solar system may be equally active. Now, researchers say that one such volcano — the massive 125-mile-wide Loki Patera on Jupiter’s moon Io — is on the edge of eruption.

The volcano, which scientists believe erupts with startling regularity, blows its top roughly once every 475 days or so, which is even more frequent than previous rates observed in the 1990s. Based on that schedule, the volcano is due for an eruption this month, and it’ll likely be visible from telescopes on Earth.

Loki’s size dwarfs any active volcano here on Earth, and Io is considered to be the most volcanically active body in our entire solar system. When it erupts, it’s a big deal, and as the Planetary Science Institute explains, the volcano has a serious temper.

“Loki is the largest and most powerful volcano on Io, so bright in the infrared that we can detect it using telescopes on the Earth,” Julie Rathbun of the Planetary Science Institute said in a statement. “We think that Loki could be predictable because it is so large. Because of its size, basic physics are likely to dominate when it erupts, so the small complications that affect smaller volcanoes are likely to not affect Loki as much.”

Without actually visiting Io, researchers have to forecast eruptions based solely on the pattern they’ve observed in the past. Loki has been relatively punctual with its eruptions, but it’s also thrown scientists for a loop in the past, with long periods of silence before picking back up where it left off. If the volcano is keeping to its usual schedule, it won’t be long before we see another round of fireworks.