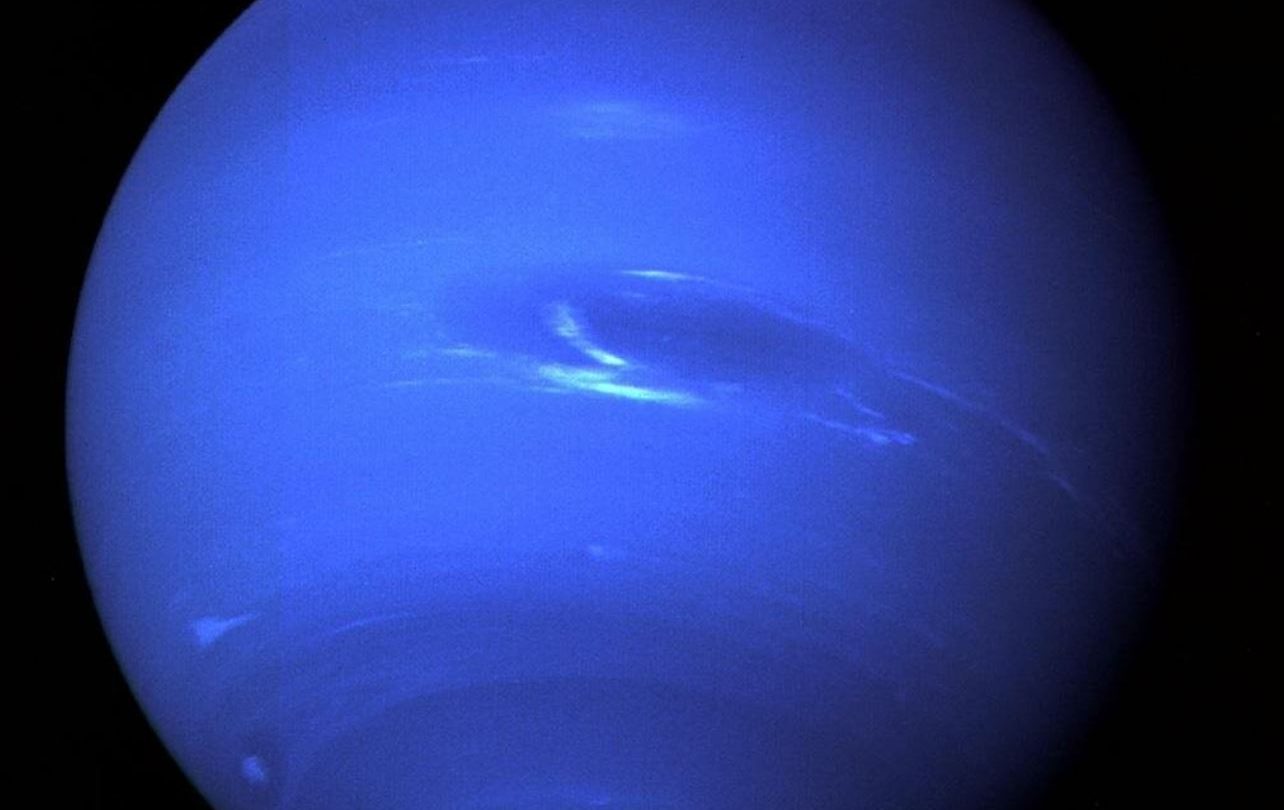 The mighty Jupiter gets a lot of attention for its constantly-shifting face, but it’s not the only planet in our solar system with some serious personality. Neptune, the large frozen ball of methane and various other frigid gasses sitting way out in the outer reaches of our system, is surprisingly active, and the Hubble Space Telescope just caught it doing something nobody had ever seen before.

Astronomers have known for a long time that Neptune’s surface occasionally becomes dotted with dark spots. These large discolorations in its atmosphere can be linked to high pressure areas, and they come and go over the course of several years, but nobody had ever seen one forming until now.

In a new study published in Geophysical Research Letters, scientists explain how they spotted one of Neptune’s ‘Great Dark Spots’ growing. The team originally focused on cloud patterns that began to take shape years ahead of the dark spot’s formation, ultimately hinting that the dark spots originate deep within the planet’s atmosphere rather than on the surface where we eventually observe them.

This is just the latest in what has been a steady stream of new developments regarding Neptune’s atmosphere. Originally observed in 1989 by NASA’s Voyager 2 probe, the first dark spots on the planets that scientists discovered completely vanished by the time Hubble launched half a decade later, leaving astronomers scratching their heads.

Unsure of what to make of it, researchers began to observe Neptune more regularly, eventually spotting several more dark spots coming and going with regularity. Now, it seems, scientists have a better idea of when and where one of the large vortexes will form, and this discovery may yield more information about how and why they take shape in the near future.