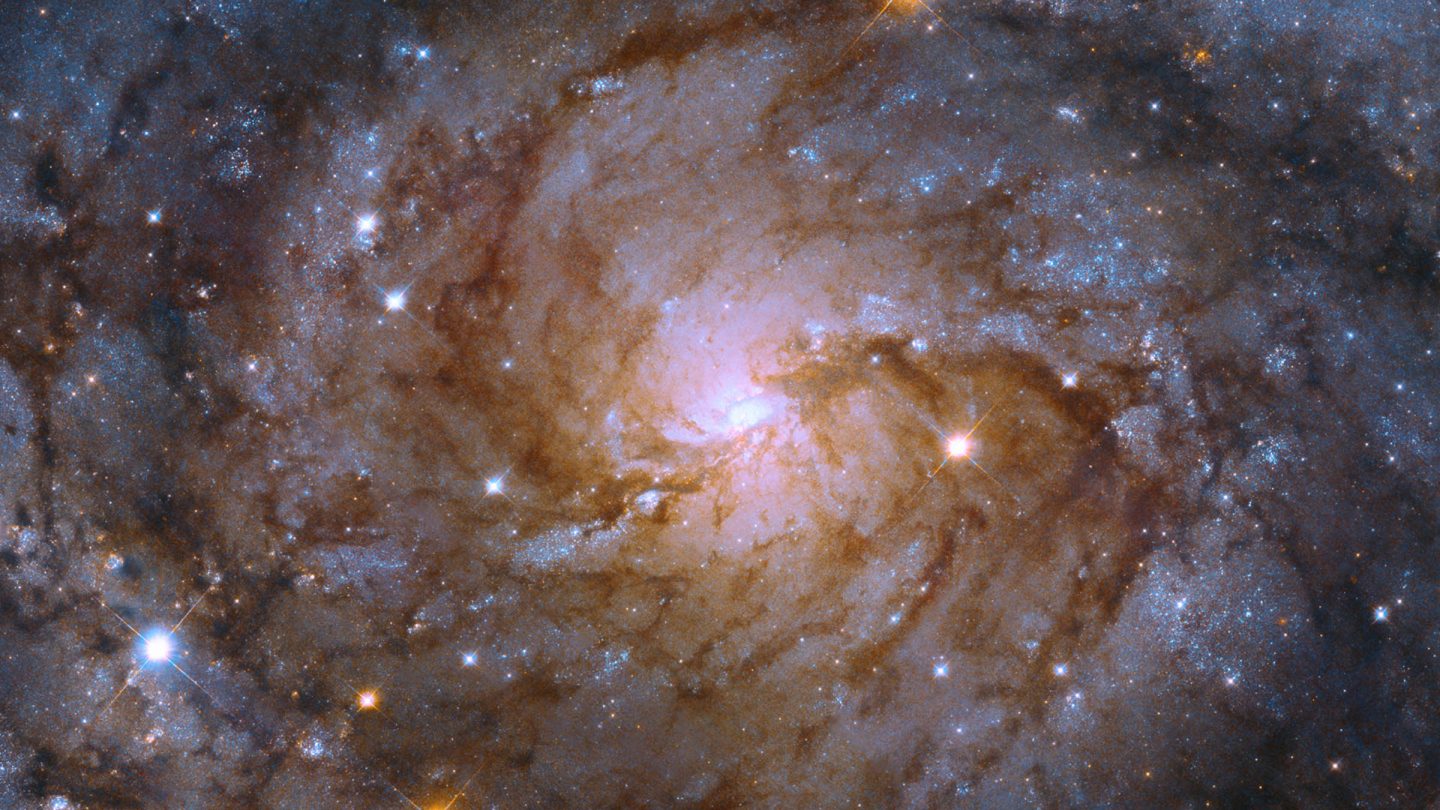 The Hubble space telescope continues to showcase intriguing parts of our universe. Earlier this month, NASA shared an image of a hidden galaxy tucked behind the Milky Way. IC 342, also known as Caldwell 5, would be one of the brightest galaxies we’ve observed so far. But, instead, the galaxy is hidden by the thick cosmic dust of the Milky Way’s equator.

The hidden galaxy is roughly 11 million light-years away from us. And, what makes it special is how brightly it still shines despite only being visible through the Milky Way’s thick cosmic dust and other obstacles.

But, because Hubble has infrared capabilities, it is able to peer through that space debris. The result is a stunning image of the galaxy’s spiral appearance. NASA estimates that the galaxy is 50,000 light-years across.

“This sparkling face-on view of the center of the galaxy displays intertwined tendrils of dust in spectacular arms that wrap around a brilliant core of hot gas and stars,” Nasa writes about the hidden galaxy in a statement.

The agency says that the core of the galaxy is a type of region known as an H II nucleus. This is an area of atomic hydrogen that has become ionized, allowing the region to become an “energetic birthplace of stars.” NASA says that thousands of stars could form in this type of area over the course of a couple of million years.

But this hidden galaxy isn’t the only discovery that Hubble has made recently. The telescope has been observing the universe for over 30 years now. During that time, astronomers discovered crucial information that even challenges what we know about the universe’s expansion.

On top of that, though, Hubble has captured images of two galaxies locked in a dance, and even a galaxy with mysterious ripple-like shells. This isn’t even the first time that Hubble has captured the hidden galaxy in an image. It also captured photos of it in 2017 and 2010.

It will be intriguing to see what other kinds of discoveries Hubble will make. And, with the James Webb set to start studying exoplanets this summer, we’re in store for even more. For now, though, we can at least appreciate that there are galaxies like Caldwell 5 hiding, tucked away behind our own. And not only are they intriguing, but they’re also absolutely stunning to look at.