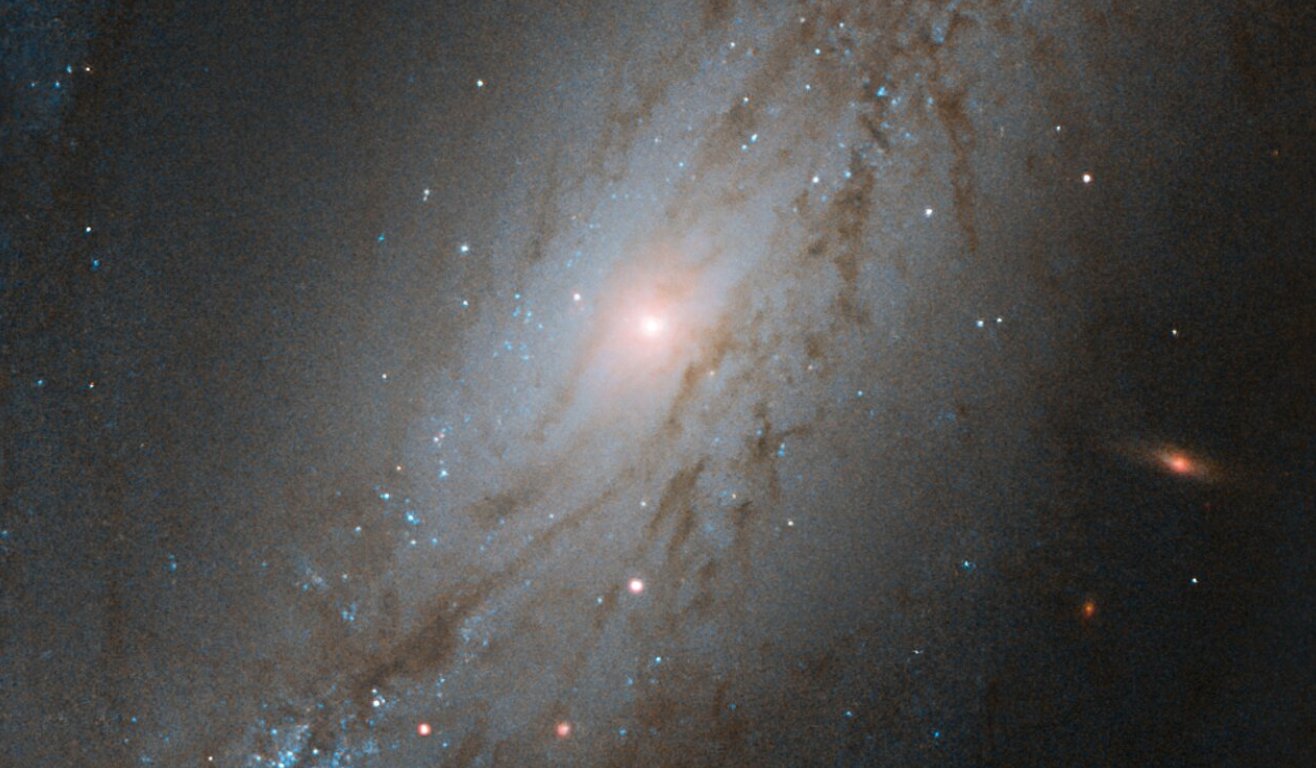 We typically think of the night sky as static. Nothing really goes anywhere and if you see a star or even spot features of our own Milky Way one night, it’s going to be in the spot tomorrow. That may be true over the short term but it’s important to remember that the universe is always expanding, and some of the biggest structures in the cosmos are on the move in a big way.

The Hubble Space Telescope has captured plenty of these objects and larger structures over its many years in space, but the one you see above is particularly speedy. It might not look like it, but the galaxy NGC 7513 is a real mover, and while it’s currently 60 million light-years away from our planet, it’s widening that gap every second.

As the official Hubble site explains, galaxy NGC 7513 is currently speeding away from us at a rate of roughly 1,564 kilometers per second, or nearly 1,000 miles per second. That’s pretty fast, but it’s not fast enough that the galaxy would suddenly disappear within our lifetimes. Consider the distance between Earth and NGC 7513 is already 60 million light-years — and that the speed of light is roughly 186,000 miles per second — and you can see why it would take many lifetimes to even observe a noticeable difference.

“This galaxy is moving at the astounding speed of 1564 kilometres per second, and it is heading away from us. For context, the Earth orbits the Sun at about 30 kilometres per second. Though NGC 7513’s apparent movement away from the Milky Way might seem strange, it is not that unusual,” the space agency explains.

“While some galaxies, like the Milky Way and the Andromeda galaxy, are caught in each other’s gravitational pull and will eventually merge together, the vast majority of galaxies in our Universe appear to be moving away from each other. This phenomenon is due to the expansion of the Universe, and it is the space between galaxies that is stretching, rather than the galaxies themselves moving.”

The constant expansion of the universe is something that scientists are still trying to wrap their heads around. They can calculate the rate at which the universe is expanding, but understanding the whys and hows of that process are a great deal more difficult. The fact that the galaxy you see above is cruising away from our own system at such a remarkable speed is simply a byproduct of that expansion, and all we can do is sit back and watch it happen.