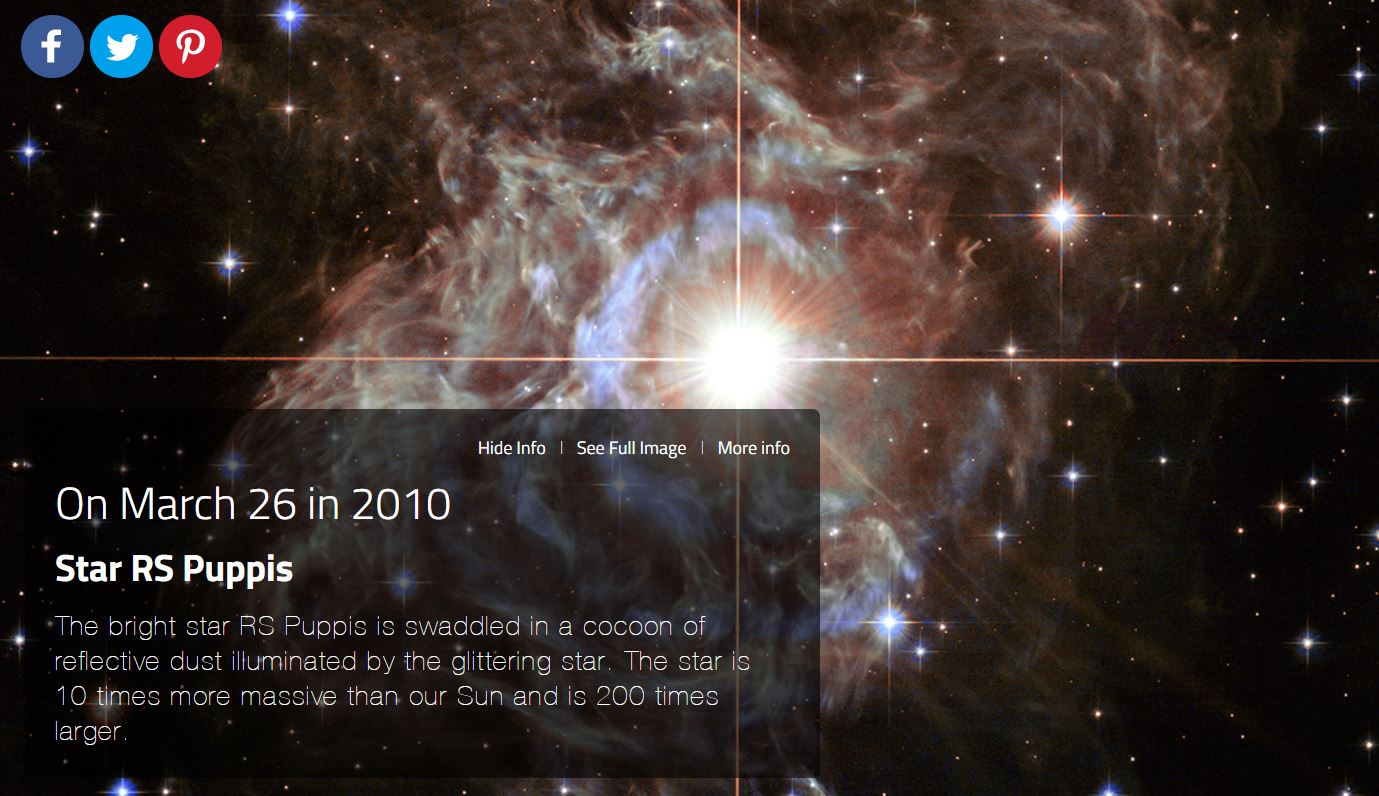 The Hubble Space Telescope, operated by NASA and the European Space Agency, has been flying high for almost three full decades. That’s a long time to be peering into space, and the telescope has provided mankind with some incredible discoveries and a wealth of celestial eye candy. Over the course of almost 30 years, it’s amassed quite a collection of images, and there’s at least one spectacular shot for every day of the calendar year.

NASA knows this, and to help celebrate the spacecraft’s upcoming 30th anniversary, the agency put together a handy little web tool that shows you what cosmic wonder Hubble was gazing at on your birthday in years past.

“Hubble explores the universe 24 hours a day, 7 days a week,” NASA writes. “That means it has observed some fascinating cosmic wonder every day of the year, including on your birthday.” Simple enough, so let’s try it out!

The tool is incredibly easy to use. You just enter your birth month and day into the appropriate fields, click “Submit” and you’ll be treated to one of 366 awesome images shot by Hubble. Yep, Hubble was working hard during leap years too, and on February 29th, 2004 it was basking in the glow of a massive starfield at the heart of our own Milky Way galaxy.

My birthday happens to be March 26th, and upon entering that date into the tool I’m matched up with a photo of a star called RS Puppis. Hubble captured the image on March 26th, 2010. NASA even provides a brief description of what makes each photo special.

The bright star RS Puppis is swaddled in a cocoon of reflective dust illuminated by the glittering star. The star is 10 times more massive than our Sun and is 200 times larger.

Clicking the “More Info” option will take you to a page with a much more detailed description of the photo and the subject. It turns out that RS Puppis — in addition to being my new favorite star — is, on average, 15,000 times brighter than our own Sun. Neat!

It’s strangely addicting to type in the birthdays of your friends and family to see what the tool spits back out. For example, on my dad’s birthday in 1997, Hubble was observing two galaxies in the midst of a collision. On my mom’s birthday in 2002, the telescope was staring at the halo around the nearby Andromeda galaxy.