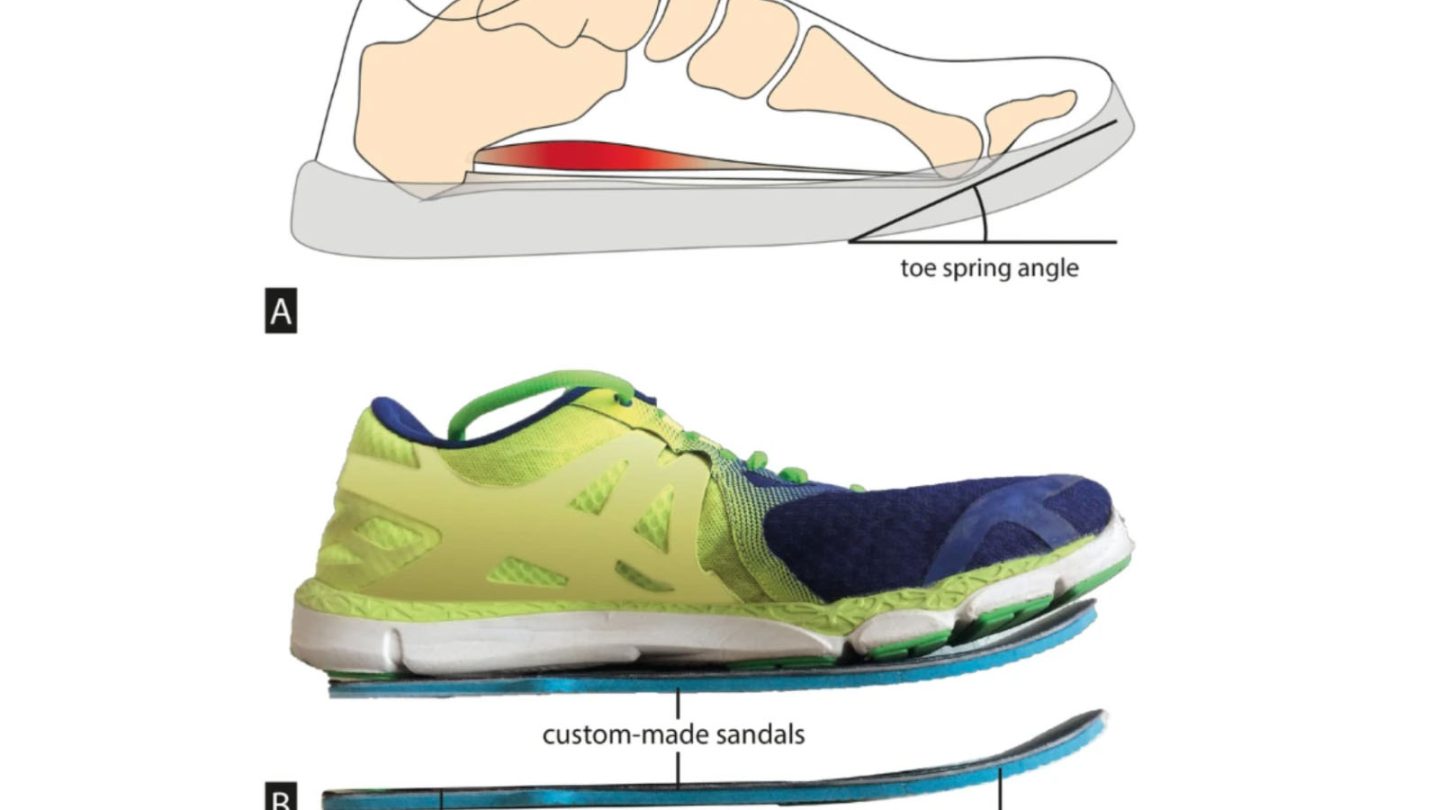 The feeling of slipping on a fresh, brand new pair of shoes is certainly one of life’s little pleasures, but have you ever considered that your footwear — as high-tech and comfortable as modern shoes are — may actually be doing more harm than good? A new study suggests that the vast majority of shoes are actually far from optimal when it comes to helping you walk, and some simple tweaks could make shoes a whole lot better.

The research, which was published in Scientific Reports, reveals that modern footwear falls short in one key area: the toes. Toe springs, which can be worn either externally or can be built into a shoe, aren’t a new technology, but they can help you walk easier, resulting in less fatigue and perhaps even less foot pain if that’s a thing you suffer from.

The researchers argue that while the sole of modern shoes has received a lot of attention, with huge advancements in comfort and stability, the toe portion of modern shoes is lacking any significant upgrades.

“Most humans today use footwear with numerous features that protect the sole of the foot and increase comfort,” the researchers explain. “While many features have been intensively studied, one nearly ubiquitous feature that has been almost entirely unstudied is the toe spring. This upward curvature of the sole of the shoe below the metatarsal heads orients the toe box dorsally relative to the rest of the shoe. The toe spring is generally thought to help the forefoot roll forward during the propulsive phase of walking, between when the heel and the toes leave the ground.”

The key is in how the front of the foot moves as you walk. The bending of the toes, whether you’re wearing shoes or not, is inevitable. It’s why your favorite pair of sneakers always ends up with its nose pointing upward even if they were perfectly flat when you bought them. Many athletic shoes today come with some form of toe spring support, but this research suggests that such a feature could be useful for just about anyone.

“We conclude that toe springs have important heretofore unrecognized biomechanical effects on foot function that merit consideration, especially since they have become increasingly exaggerated in modern athletic shoes,” the paper reads. “As shown here, toe springs can alter the natural biomechanics of the foot during walking principally by altering total work at the MTP joint and thus potentially reducing the work required by the intrinsic foot muscles.”

So maybe it’s time to invest in some shoes with toe springs, even if you don’t plan on training for a marathon?