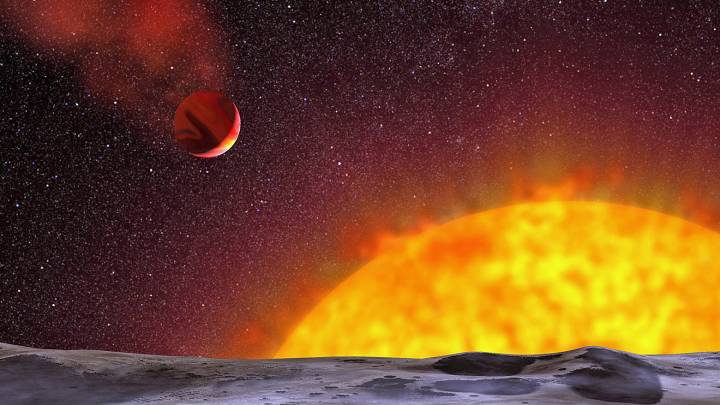 Earth is a pretty nifty place. I mean, I’ve spent my entire life here and I’m guessing you have, too, and there’s plenty to see and do, but why is it here at all? For a long time, researchers have tried to answer that question with varying degrees of success, but a new theory of how Earth formed is gaining traction, and it might be the explanation we’ve been looking for.

The most widely-accepted explanation for how Earth and most terrestrial plants formed hinges on materials orbiting a newborn star — in this case, our sun — which bunched up and formed planets. It’s a fine theory, but some researchers have grown increasingly skeptical that the materials that make up our planet, which is rocky and iron-rich, could have stuck together on their own.

A new idea, introduced by Alexander Hubbard, a Ph.D. in Astronomy who now works with the American Museum of Natural History, turns to the sun for an explanation. Hubbard has proposed that the sun went through a period of intense volatility in which essentially roasted much of the material in its immediate vicinity, stretching as far as Mars. The softened materials would have been the right consistency to bunch up and form planets, and would explain why the rocky worlds of Mercury, Venus, Earth and Mars sprung up.

Hubbard’s theory isn’t just a random guess; He’s basing the idea on observed behavior of an infant star which went through a phase just like the one he’s proposing of our own sun. FU Orionis was first observed rapidly brightening in 1936 and at present it shines over 100 times brighter than it did when originally observed. If our own sun pulled the same trick in its early life it could have been exactly what was needed to form our planet.