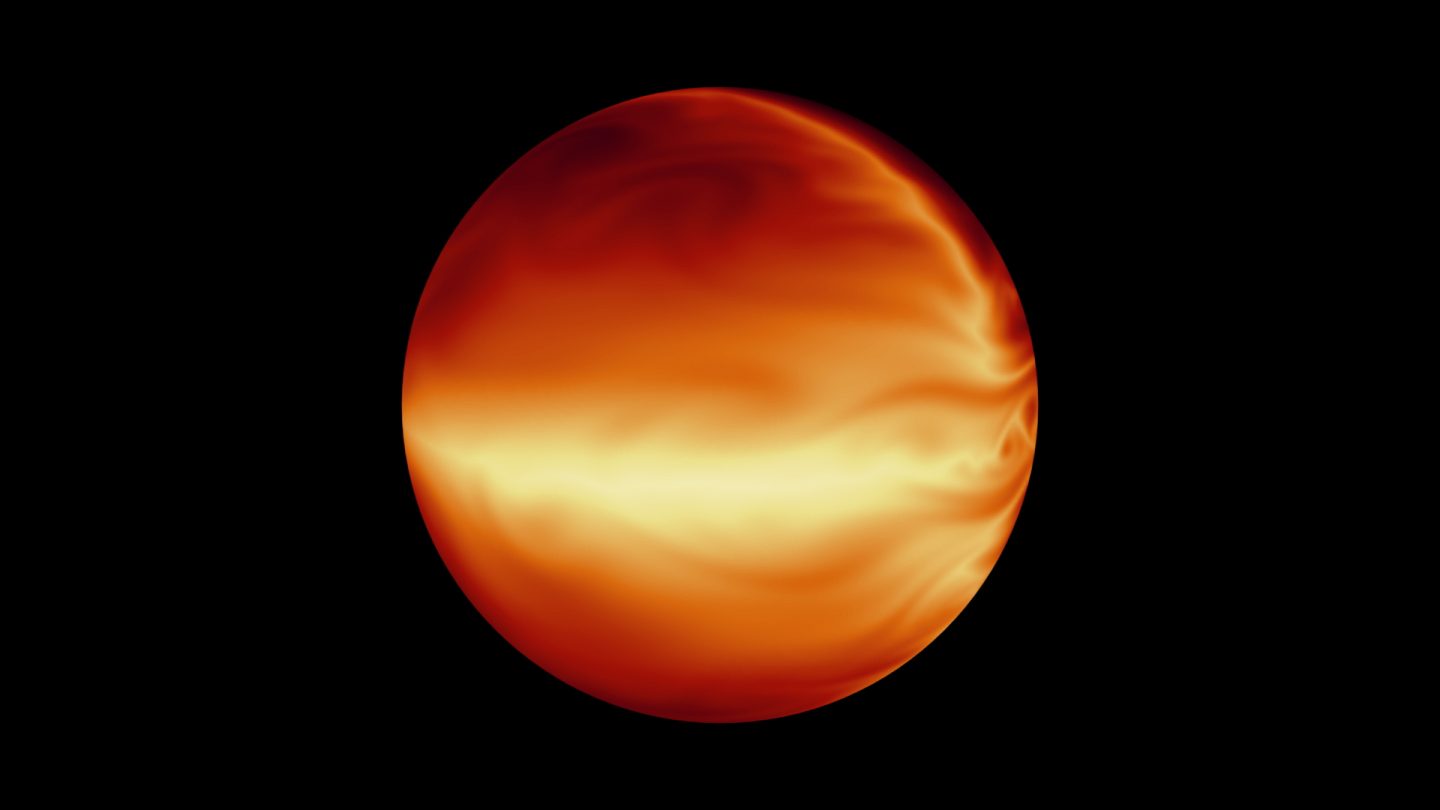 Of all the types of exoplanets researchers have discovered in recent years with ever more powerful telescope technology, the so-called “hot Jupiters” might be the most interesting. They’re not the kind of planets we’d ever expect to find life on, but they’re so unlike anything we see in our own solar system that you can’t help but wonder what they might be like.

Hot Jupiter planets are, as their name suggests, gas giants like our own Jupiter, but much, much warmer. The planets orbit much closer to their host star than Jupiter does, and that causes temperatures to spike. Now, a new study using data from both the Spitzer telescope and the venerable Hubble reveals something very interesting about the strange, swirling masses of hot gas.

Due to the fact that hot Jupiters orbit their stars so closely, they’re often tidally locked to their host star, meaning that one side of the planet is always facing the star while the other side is always dark. However, because the temperatures of the sunlit side of the gaseous worlds can vary by well over a thousand degrees, you might think the dark sides of various hot Jupiters wouldn’t have much in common with one another.

The research, published in Nature Astronomy, suggests that this isn’t the case and that the dark side temperatures of hot Jupiters are typically quite similar. Of the 12 hot Jupiters examined in the study, the dark sides of the planets were all around 800°C. This flies in the face of established atmospheric models and hints at other natural mechanisms at work.

“Atmospheric circulation models predicted that nightside temperatures should vary much more than they do,” first author Dylan Keating said in a statement. “This is really surprising because the planets we studied all receive different amounts of irradiation from their host stars and the dayside temperatures among them varies by almost 1700°C.”

For the temperatures of the dark sides of hot Jupiters to remain so consistent, the researchers believe there must be some insulating features like mineral-rich clouds keeping them at a consistent temperature.