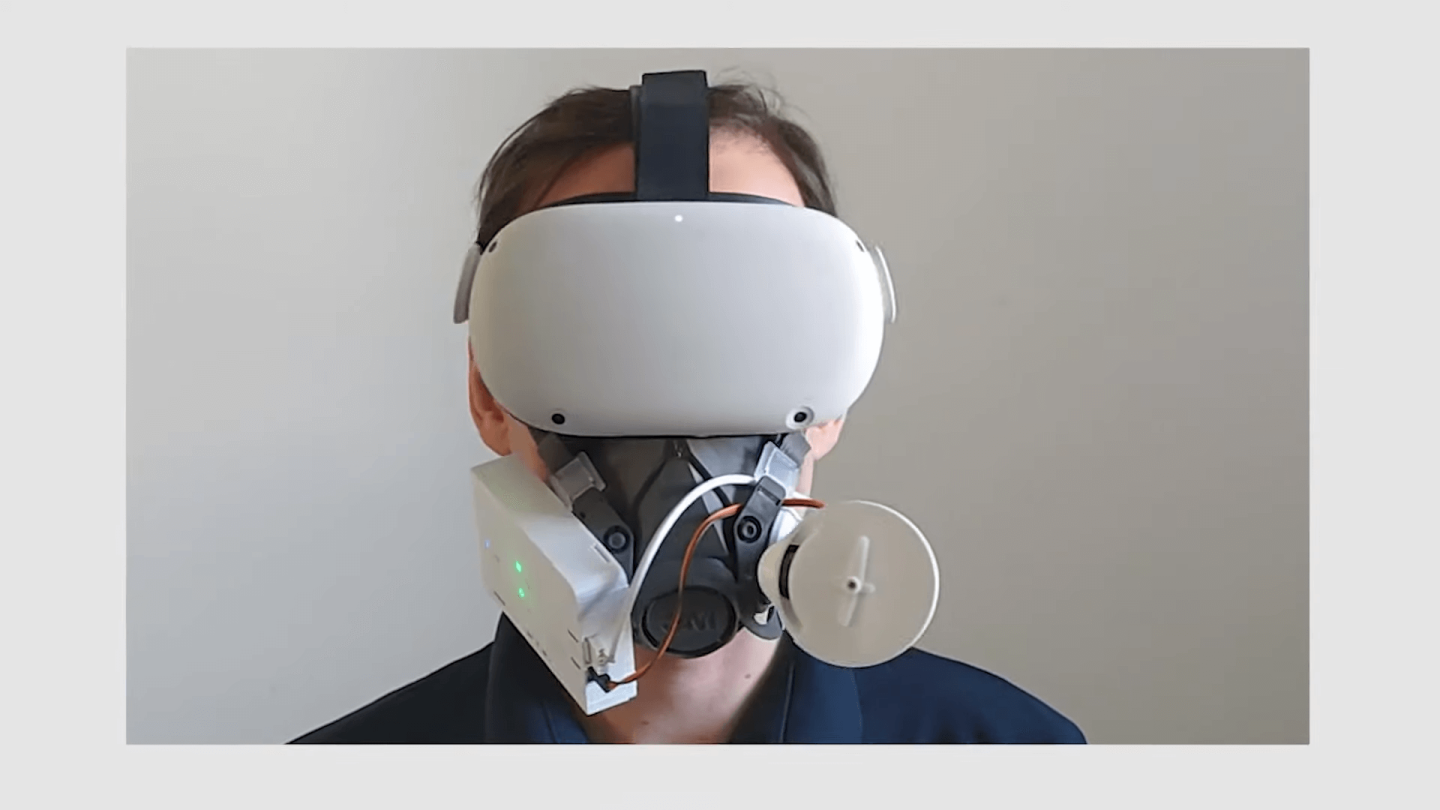 A group of researchers has created a new VR mask that can simulate the suffocating effects of being stuck in a burning building. The AirRes Mask was created by a team from the Salzburg University of Applied Sciences in Austria. With the mask, the researchers created several experiences that range from blowing out candles to suffocating in a VR fire.

The researchers detailed the mask’s creation, and the various experiences they tested with it in a new paper published in the latest issue of the CHI Conference on Human Factors in Computing Systems.  It’s an intriguing idea when put into the aspect of making more immersive VR experiences.

The mask works in two ways, allowing it to simulate the experience. First, it can monitor your breathing and incorporate that into VR. This is useful for the previously mentioned blowing out of candles, as well as blowing on a harmonica.

There are, of course, other uses for that, too. It could even be useful in horror experiences that allow the A.I. to pick up on how loud your breathing is.

With the mask, users can blow up balloons, hold their breath to steady a toy gun, and do several other things.

On top of these somewhat mundane things, though, the mask can also simulate suffocating in VR. That’s because the experiences the researchers created allow the wearer to physically experience the lack of oxygen in a room as a fire consumes it.

Using the mask for realistic training

The goal of using it in such a way is to train users to deal with the real-life effects that might come from such a thing, without necessarily putting the user at risk. Firefighters often risk their lives to go into burning buildings and fighting fires. As such, finding additional training tools for them might not be a bad idea.

The idea of suffocating in VR isn’t exciting, though there are some very practical uses for the technology, too. Flight simulators could use it to add more realistic forces to high-speed maneuvers, allowing pilots to feel the intensity and strain that high g-forces put on their lungs.

Of course, it isn’t exactly the same, but it could simulate the effect well enough.

It’s also easy to pair the mask up with any traditional VR headset. So, something like the Oculus Quest 2 and maybe even Apple’s upcoming VR headset could work.

Still, with this, and the previous tech that allows you to feel things around your mouth in VR, I can’t help but wonder how the general public looks at these advancements.

I love virtual reality, don’t get me wrong. And, making those experiences more immersive is great. But it sure does seem like scientists are finding some of the most terrifying ways to push the line on immersion.