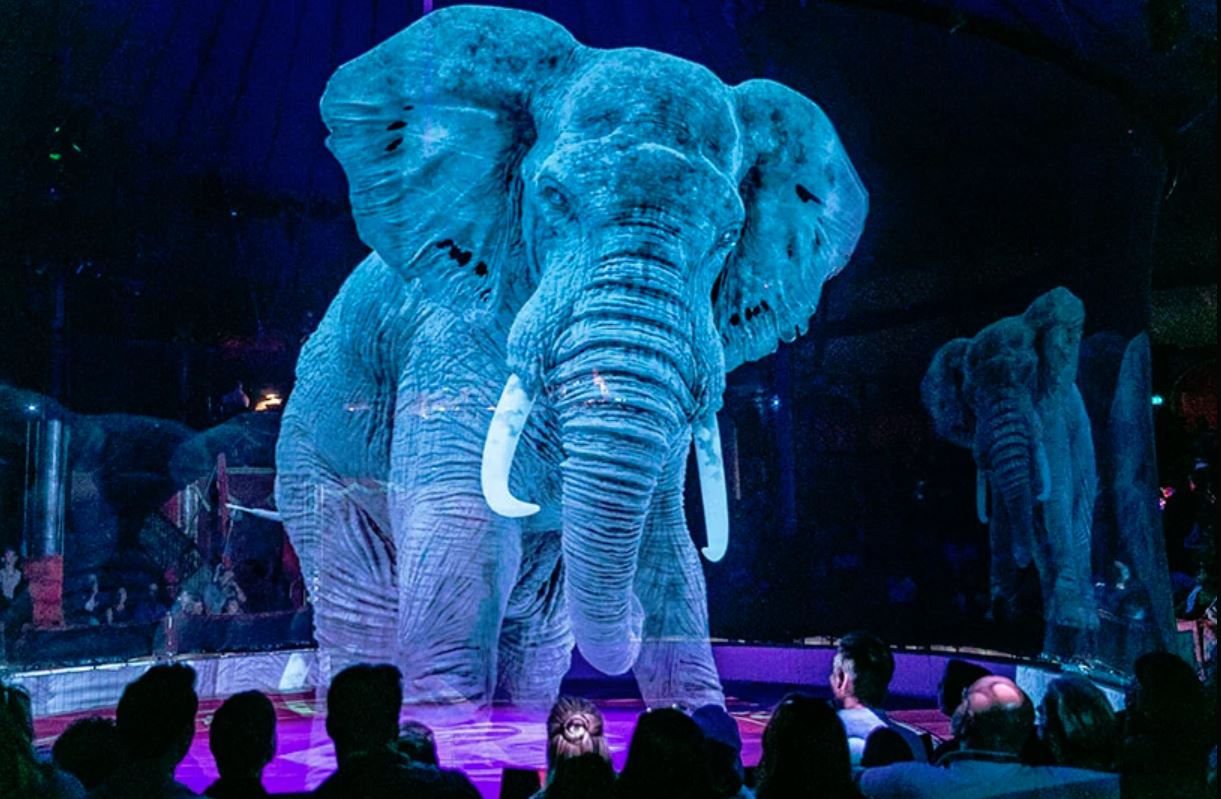 Ah, the circus. It’s a time-honored tradition, but the practice of training animals to do silly things for the amusement of youngsters is definitely old-fashioned, and there are many reasons why it’s not a popular as it once was. The treatment of circus animals is one of the biggest criticisms of modern circus companies, and many people don’t feel that animals should be forced to perform for our entertainment.

Germany’s Circus Roncalli has heard those criticisms and taken them to heart. You can still go to a Roncalli performance and see animals like elephants and horses, only now the animals won’t actually be real, they’ll be high-definition holograms.

The company phased out using live animals in its shows back in 2017, but the addition of holograms is a relatively new development. Roncalli partnered with a company called Bluebox to install a holographic display system built by Optoma. A total of 11 Optoma devices make up the system, and the results are truly something to behold:

The new performances are totally animal-free, but they’re still plenty entertaining. The images being projected appear to be three dimensional but are actually hitting a flat surface surrounding the center ring, though you’d never know it from your spot in the audience.

It’s really not much different from seeing a movie playing out in a theater, only in this case you’re watching virtual animals perform tricks and stunts that you might otherwise have only seen at a “real” circus. The benefit for Roncalli is that no animals could possibly be hurt during their all-digital shows, and audience members can enjoy the sights without the guilt.

Are holographic performances likely to revive interest in circuses? It’s hard to say, but in the meantime it certainly looks like a neat way to spend an evening.